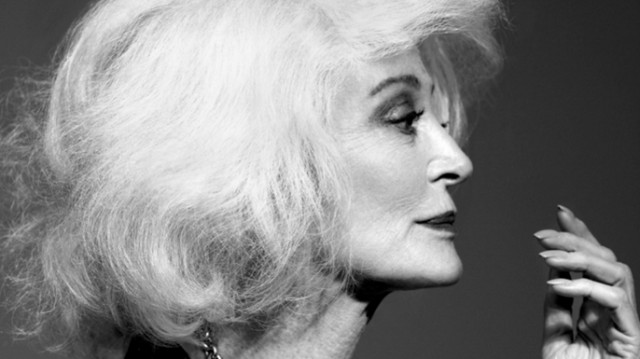 In a Frankenstein-ian era, one woman refuses to succumb to needles, scalpels or the hype that beauty and middle age are mutually exclusive.

Thirteen years ago I married a man who promised to stand by me through sickness and health, for richer or poorer, in good times and bad – under one condition: that I never, ever get Botox or plastic surgery. I agreed, then gave him my own terms: Should he ever lose his luscious dark hair, there could be no comb-overs. We shook on it. Exchanged rings with a kiss. And wed.

It was 1999. I was 31. Fair-skinned and blue-eyed, even then I had some wrinkles. And loads of freckles, which would soon meld into larger, Rorschach-like brown spots all over my body.

Still, cosmeceuticals, injectables, and worse were only fresh out of the gate back then, not yet toppling the tipping point of mass acceptance. I was all too aware of this because I worked at Condé Nast at the time, home of Vogue, Glamour and Allure magazines, among many other national publications, the gravitational g-force for beauty trends. The hottest new products fairly deluged the building at 4 Times Square, and we worker bees made off with free Vitamin-C-laden samples on a regular basis. And of course this environment buzzed with skinny young things flitting in and out of steel elevators, live demonstrations of how the beauty promise is kept from the perfect dewy blush. (Never mind that at an average age of 27 or so, few of us needed much help in the dewy department.)

The corporate department, on the other hand, where I slaved, was in the process of launching a new magazine called Skin. It was much like Allure – it targeted female beauty addicts – except it was strictly devoted to state-of-the art cosmeceuticals, chemical peels, and the like. Fillers and surgical procedures were just one step removed. Although I didn’t know it at the time, Skin was both a signal and a precursor for the coming decade, foreshadowing darker developments soon to be broadcast to the nation’s women via reality TV, from 2006’s Extreme Makeover to the arguably scarier next generation, Real Housewives of Beverly Hills. In the latter, each of the show’s strangely altered stars resembles live relations to the Muppet Janice. And that’s not being bitchy – it’s just stating the obvious.

Skin launched and soon faded away. But the media campaign to normalize the unnatural, even surgical, intervention of aging waged on, driven by big-dollar pharmaceutical advertisers. It wasn’t long before the Vogues and Glamours hopped on board (Allure blazed the trail, naturally), legitimizing what was once whispered about, or flatly denied. TV, the tabloids and the Web followed suit.

As my own fine lines deepened into troughs across my forehead and between my eyebrows and the fat plummeted from my once plump cheeks (I often joked, “My face has fallen and it can’t get up!”), I was no different from Everywoman. I didn’t like it much, either. And I noticed (how could I not?) how more and more “normal” women were jumping onto the Botox bandwagon. Not to mention Juvederm, Restylane, liposuction, breast augmentation, siliconed lips, rhinoplasty and more knife-wielding madness that even a few years earlier would be have been considered Frankenstein-ian.

And it didn’t dead-end in Hollywood or New York City. It leapt beyond the pages of magazine fare. Soon women – younger and younger – in the Heartland, were lining up for nips, tucks, treatments, and yes, tourniquets, too. Rushing to the doctor’s office for a quick fix became almost … blasé. As common as perusing the cosmetics counter at Bloomingdale’s. Except, of course, the difference is that a new foundation or concealer rarely fries your face, inspires a dangerous allergic reaction, renders you unconscious or sets you up for life-threatening complications, permanent scarring or disfigurement – all in the name of chasing beauty.

Certainly, my fear of losing my looks and wrinkling up like a prune has been measured by my loving husband, whose own undeniable handsomeness had mellowed into what one might call a rugged élan. (Why men are labeled “rugged” while women instead are deemed “ragged” is just another dish of sexism, served up cold.) But my matrimonial vow is not the sole reason I refuse to join the cosmeceutical and surgical brigade. It’s something deeper, something innately non-negotiable.

I won’t stick needles into my face, inject chemicals into my thin lips, slice open my breasts and truss them with gelled cutlets or suck the muffin-top fat from my obliques (a gift from my second pregnancy) because these things risk my health and I love myself. And that self-respect was hard-won.

And since I love myself, I have no choice but to accept my wrinkles. And why wouldn’t I? I earned every damn one of them. Those vertical trails above my lips? They are the indelible mark of an ex-smoker. I hate the sight of them but I celebrate them, and they serve as an ever-present warning of a terrible vice. Because I quit cigarettes cold turkey 11 years ago, which makes me (and my lungs) champions, wrestling and pinning to the mat a dangerous addiction. And every time I see my forever-pursed upper palate, seemingly still sucking onto thin air, I’m reminded that I no longer crave nicotine, the most poisonous of mouth crutches, to simply get through the day. Ironically, it’s my wrinkles that tell me: Yep. You’ve come a long way, baby.

And what about that intractable furrow between my brows? It’s the legacy of a frowning child, a survivor of a bad divorce, too many relocations and painful parental mistakes. That same kid found herself (and, blessedly), a modicum of peace – after years of struggling, launching a career, landing a life partner, bearing two beautiful daughters, rescuing the Greatest Dog That Ever Lived and settling down in sunny California. I’m so relieved with how my life has unfolded – another upside to aging, this lovely view from the top after a hard climb, that I practically beam most days. But my furrow speaks volumes. It says: You’re no longer that lonely kid in the corner. As we all know, a few dark clouds tempering the sun often make us better appreciate the return of brighter days.

And finally, there are my crow’s feet. Cracked like dried-out clay, winging out from the corners of my eyes and taking flight across the middle third of my face. But this cracked clay comes from my frequent cracking up. (That, and for not discovering sunscreen until I turned 30.) Giggling so hard and for so long that I’ve permanently ingrained my very best self – my look of laughter – upon my visage. Why would I undo that?

The media is a large, unwieldy machine, with young gals like I once was (paired with a few discerning gay men) at the publishing helm, churning out increasingly impossible standards of beauty, of aging, of normalcy. And with the proliferation of messages bombarding us from every direction, coupled with ever-more-sophisticated technology that allows clever art directors and photographers to dehumanize even a gorgeous 6-foot Glamazon with yet another bit of air-brushing, we regular women are simply overwhelmed. We’re buying into this lie in droves, and it’s costing us our well-being – and sometimes our health.

Worse, we’ve lost the plot. Which is this: that women who truly love themselves know they are enough, just as they are – wrinkles, rolls and all. That men seemed plenty happy with our plumper figures and faces when society collectively worshipped curvy size 12s instead of stick-like size 2s. That husbands who truly love their wives aren’t in it just for a double-D cup. That porn-like advertising (and pornography itself) should be refuted, not adapted as a template for how to look or behave. That human beings, despite our best intentions, indeed grow old, and that no matter how sophisticated your surgeon, he can’t cut out what always gives you away: the experience in your eyes.

Which is why, at 44, I’ve pledged to try to study my face as a painter would, marveling at the small indentures, contrasting its peachy nudes against the spots of rust and brown, and examining with wonder, how this line thickens while that seems to suddenly drop – and to experience my changing beauty with artistic interest, if not total appreciation. “Nothing is sexier than a woman who owns it,” says my husband, meaning her unshakable confidence. He loves grey hair, too, and seems a little disappointed that mine hasn’t come in yet, and that I continue to highlight my naturally dishwater shade of blonde.

Which takes me to my conclusion, a shared example for us all. One morning not long ago I hit a nearby newsstand, and was immediately overcome by a profoundly spectacular vision of beauty as I flipped through—you guessed it—current issues of Vogue and Glamour and Allure. (Some habits do die hard.)

But this vision didn’t come from a picture in a magazine. No, a striking creature emerged from her car, stepped purposefully toward the newsagent, grabbed a fresh copy of The New York Times, and flashed a smile my way when she caught me gaping. Her silver hair looked wet, as if she’d just been to the gym. It was slicked back off her deeply tanned and lined face, which glowed with good health. Her cerulean blue eyes gleamed against the backdrop of chiseled cheekbones, and her lips shimmered with a light layer of gloss. She wore a crisp white blouse with the collar turned up and skinny black jeans, paired with black stiletto pumps. It was a stunningly chic Vanessa Redgrave, rocking her early seventies with more style and sex appeal than most women half her age. And it was clear from my vantage point that she’d never had any help from a scalpel or a tube of silicone. She owned it. Thoroughly.

I allowed my eyes to linger on this gorgeous woman, soaking in the undeniable power of naturalness in all its glory. Here before me was my newfound role model, much needed in these off-kilter times. Yes, I thought with a mixture of admiration and relief. Bravo! She’s exactly who I want to be when I grow up.

Keep your integrity. Remain true to yourself.