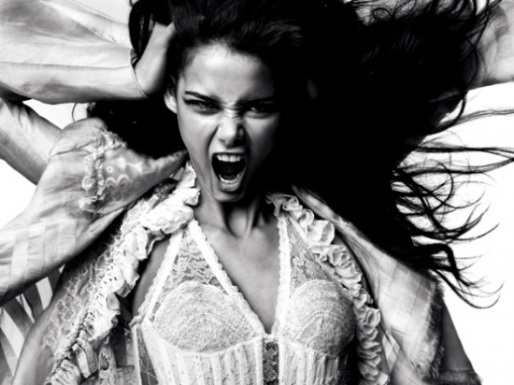 Like many women, I’ve always had a love-hate relationship with my hair. It is too thick, too unruly and even manages to amaze hairdressers with its abundance.

Recently I read an article about Harry Potter star Emma Watson. Following the end of the Potter film franchise, Watson famously cut her long locks and flaunted her short pixie hairdo. Albeit resembling a young Twiggy and looking cute, the young Brit revealed “I had journalists asking me if this meant I was coming out, if I was a lesbian now.”

Others were similarly shocked by her new hairdo, which she has described as “liberating.” This prompted me to ask myself about the link between our identity and our hair and our obsession with the perfect mane.

In Biblical references, growing hair was associated with your devotion to God. Prior to World War I long hair and beards were accepted with men. Yet in the 20th Century short hair on men has become assigned with “control” “obedience” and “discipline.”

During the 1960s counterculture movement, Rastafarians and iconic revolutionaries have overthrown those ideals with their long hair symbolising rebellion. In the later 20th Century, men with long hair have quickly become associated with anarchy or music or sometimes both.

According to some popular opinion, men with long hair are immediately dubbed as “liberal,” “lazy,” “unclean,” “musical” or “has beens.” On the other hand are bald men seen as the complete opposite or are they seen as tough macho men a la Vin Diesel or Bruce Willis?

Similarly black women are renowned for the lengths they go to, in an effort to maintain their hair. Chemical straightening and weaves are in high demand and popular with women who desire straight hair. Yet some women have rebelled against pressure to meet Eurocentric hair styles; presenting their natural hair as a cultural symbol, synonymous with their identity.

The criticism of Emma Watson’s appearance is an example of the narrow-minded attitude towards women’s sexuality. Men with long hair are dubbed “rebellious” while women with short hair are “masculine.”

Does this mean that as society we don’t expect lesbians to have long hair? Heterosexual and homosexual women cannot be spotted by hair or dress code. Can’t short hair be also labelled as feminine or seen as an act of confidence and empowerment? Similarly would greying hair on a woman label her as ‘distinguished’, as it would a man? Or is a woman with a few grey hairs ‘mature’ or ‘tired?’

This made me wonder, are we as a society still labelling blondes as ‘dumb,’ redheads as ‘fiery’ or ‘overly sexual’ and brunettes as ‘prudes?’

Although a sign of freedom, it seems that hair has the power to separate and assimilate people in society, through outdated stereotypes of value and beauty. A friend of mine with thin hair envies my thick, unruly hair while I envy her easy to maintain hair.

Yes we’ve all had bad hair days, where your mood is ruined by your tresses. Days where you think every person’s eyes are glued on your scalp and you imagine your hair as this larger than life persona, somehow attached to you.

Sadly we are somehow enslaved by our hair. We paste other people’s hair to feel more ourselves, we retouch, we curl, we straighten, we braid, we tease, we tame, we colour. Is this being more ourselves or projecting our desired version to the world?

Although it is tangible, something we mould, change and admire, it appears hair is something that is also abstract. It is fluid and constantly evolving in meaning and appearance. With it, it carries a social significance and hair is tied with our outer sense of self and image.

One thing that kept me balanced was knowing what it’s like to have nothing and be struggling. That made me really cautious with my money when I started to receive it and understand it. I didn’t abuse it.