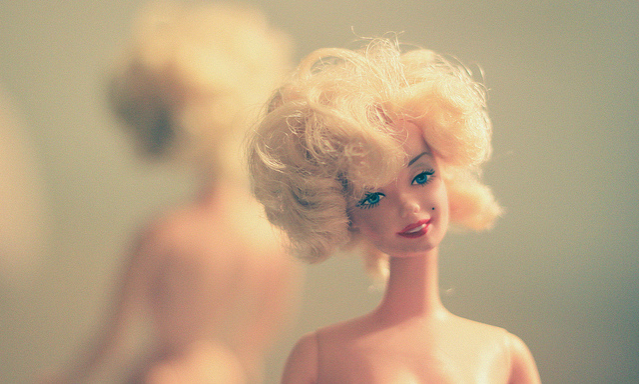 Is That Really Me In The Mirror?

“It is time for parents to teach young people early on that in diversity there is beauty and there is strength.” – Maya Angelou

I can’t remember the first time I looked in the mirror. That is, when I reached the realization that I had a physical ‘self’.  Up until then, I was in a sense, a pure being in the present tense. Alone. Just an organism with no concept of separation from anything else, time or place.

I only knew at each moment exactly what I felt, saw and heard, oblivious to the nuts and bolts of eyes, ears, limbs and nerve endings that made me sensory. Unaware I was ‘matter’, I was the most authentic I would ever be.

Then somewhere along the line, I become aware of what I actually ‘looked’ like. In the mirror.

Hello reflection. Are you me? Is this what I am?

At four, I saw my mother’s love for me as we reflected as one in the mirror.  At five I began to separate from her. I saw a girl with a temper, perplexed by the idea of other equally important ‘selves’ in a classroom. At six, I began to see a girl with shorter, curlier hair and a bit browner than the others.

At seven, I changed schools and saw the new girl with a foreign second name who people hid their curiosity from and got called a bad name for the first time (Paki) and wanted to be the blandest in looks and name – as these people didn’t get called anything.

At nine, outside the all-white school, I saw a girl who was lighter than my Jamaican friends and got called a ‘half caste’ and ‘light skin’.  At ten, I saw a girl who should look like Jacklyn Smith. No one on TV was light brown with short brown curly hair except Starsky, and he was a man.

I made my first attempts in vain to tame my hair into Charlie’s Angels flicks that suggested ‘come hither’ and the dream of another life completely.  At eleven, I discovered fashion and I began to see that I could change myself, if I was determined to.

At school, boys said I was ‘fit’ (attractive). I looked in the mirror – what was it they saw?  By fourteen I started to see where ‘improvements’ could be made to my body in the mirror.

I began my long and turbulent relationship with/against my body rather than being in what was a perfectly nice enough one.

I started to get curb-crawled and got asked if I was ‘lost’ by men on the train to and from school.  I looked in the mirror; I stared at what they were staring at.  What did they see? Was it this? Was it that? Was I a pretty girl?

In the mirror I became that which other people saw. I separated and I stopped seeing me.  I started identifying with my outer self.

Hello, reflection. Are you me? Is that who I am?

Over the years that followed, I wasted so much time and energy worrying about what was in the mirror.  It was never thin/long/straight/curvy/big boobed/small boobed/skinny thigh-ed/long-waisted/athletic/feminine/sexy/whatever ENOUGH.

Deep down, I somehow processed an idea that I would be more loved if I looked more like the girls who I saw getting all the attention. In my case, that was models in fashion magazines, pop stars and movie stars. I think ‘attention wires’ got fused with ‘deemed as loveable wires’.  Fortunately, the models ranged from slim to healthy to athletic in the ’80s, and were not as underweight as they’re required to be on catwalks today.

However, this didn’t stop me spending most of my young adult life hardwired into a perpetual prison with two rooms. One for the ‘good’, starving me. One for ‘bad, fallen off a wagon and eating’ me that had to over exercise to make ‘good’ again. The only me that had any brief self-esteem was the one who never managed to sustain the hunger for long enough to get properly thin, and most importantly, remain there.

My issue was weight. For some, it’s color. For others, it’s age or it’s hair. When it comes to women these days, it’s sadly ad infinitum. We are encouraged in our society to place our main value on our outer self. We are so used to it that it just ‘is’. We have no choice but to look into the eye of these projected myths as we mature into women. We potentially become our most powerful, or our least powerful when we truly ‘grow up’ and are not relying on men for our sexual worth alone.

I’ve discovered that the less I identify with my gender, age, color, nationality, level of supposed ‘attractiveness’ to men, the more liberated I feel from the ‘self’.

Deep down where it really matters, we are all fundamentally the same; a lot of the ‘me’ is just the ego and the effects of our upbringing. To suggest that identity is not ‘who’ we are is pretty controversial. People have been encouraged to form strong attachments to identity (we deify shallow celebrity culture that offers us nothing else but the appearance of the ‘gods and goddesses’ of nothing but shopping); surely we must not be encouraged to think as one.

Who really benefits from defining one’s whole being with any of the above? Perhaps those who make a financial profit from making an identity into a product, but at what real cost to them, and ultimately us for believing any of that was real. Is it the most interesting thing about them, or the most loveable, the most valuable? Does it give them better relationships; does it make them healthy or happy?

As for female physical archetypes, they simply tend to mimic what a desirable trophy wife of a rich man looks like in each and every culture as far back as our archives allow.

These two body types (extremely thin and tall with visible bones OR high, balloon-like breasts on a slim girl with the hairless vagina of a 5-year-old) are rare to non-existent in nature.

It is only natural for other women to feel at odds somehow toward such absurd representations and expectations.

As for the term ‘real women’, what on earth does that mean? We are all real women…

Every time we open a tabloid publication or watch an increasingly tabloid media, we are goaded with ‘celebrities’ that are dubiously adapted for us to mock, judge and hate. This is how a lot of women deal with the ‘otherness’ they feel at never being allowed to feel attractive unless these standards are reached. All of that negativity can be exorcised on masse via ‘celebrities’ who are thinner, more beautiful, richer, have ‘better’ lives, so that when their lives turn sour, the tabloid frenzy of a feeding ground offers to stalk their sorrows on the public’s behalf.

Mothers, daughters, sisters and wives (fathers, sons, brothers and husbands) can turn into hovering vultures, in total denial that these are real peoples lives. As a society, we embrace the debasement of women on a daily basis – yet envy, judgement, blame, shame and guilt are corrosive mindsets that obstruct our personal paths from evolving or creating any lasting contentment. Maintaining this emotionally primitive audience is beneficial to many systems, not just the trashy celebrity soap opera industries.

After all, one of the most effective political, military and economic strategies of gaining and maintaining power is to divide and rule. By breaking up larger concentrations of what could be community into smaller chunks, we all individually have less power.

This dysfunctional cycle has become so ‘normal’ in our society that we haven’t thought to question enough how this divisiveness affects us personally, and therefore those around us, or as women how much we all play into it whilst funding the industries surrounding it. Divide and rule.

Understanding this gives you the freedom to choose not to be a part of it, to not allow it into your life, to not collude with or ultimately fund it. We have a choice here. We don’t have to be victims by buying into this illusion; it is only real because we unwittingly give it power.

Let’s try and remember that we do only so because we have learned long ago to judge ourselves. The more we question as individuals the root of why we judge each other, the more we shall be in union and at peace with our true selves.

Kay Montano is an international make-up artist. She started her career at 16 years old and has worked with photographers such as Helmut Newton, Steven Meisel, Bruce Weber and Mario Testino. Having travelled extensively with her job (she lived between NY and London for 10 years) she is now based in  London where she is an ambassador for Chanel cosmetics. Kay divides her time between fashion and celebrity work, consultancy, freelance writing and her blog. You can follow her on Twitter @kaymontano.

More From Kay Montano view all

The Conversation Podcast on Spotify launches today .The Skin You’re InSara Ziff: Changing the Modeling Industry from the Inside Out
comments (1)