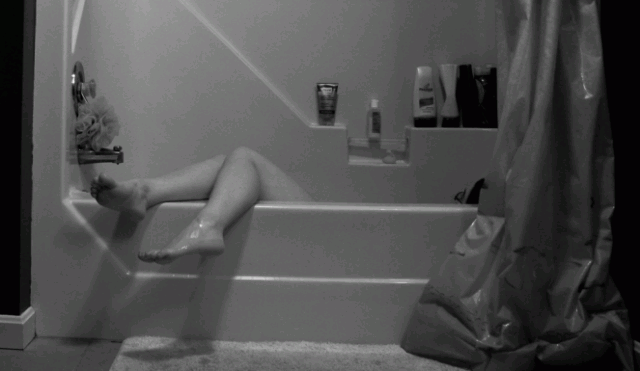 I shave my legs, and I don’t usually give it much thought. And it’s not just shaving I endure as my duty, and it’s not just me who mindlessly follows the rituals of modern-day womanhood. Few of us outwardly question why we offer our consent through tacit compliance to wax, alter, bleach, push up and paint our bodies, ad nauseum.

We women treat our physical selves as something other, something separate from our inner beings. Whatever the culture or geography—Ming Dynasty, Edwardian era, Kayan tribes, Hollywood—women subject themselves, quite literally, to the current whims of the clan. Whether it’s foot binding, poisonous lead-laced face powder to whiten the complexion, gruesome giraffe necks stretched with stacked iron rings or enormous plastic tits, we stand removed and deaf to the demurring voices within us that dare to ask, “Why? Why is my body reduced to a thing for inspection?”

In the process of snuffing out our own silent rebellions as we acquiesce and get on with it, we almost forget what it’s like to be a pre-adolescent girl on the cusp of this change. Only now, as my oldest daughter approaches double digits, do I fret about how to break the bad news. Likely, it won’t be me who does it. Soon enough, some precociously sophisticated chick at her elementary school is going to mock her for having hairy legs. It happened to me in the fifth grade; for actress Kristen Stewart, it was the sixth. Stewart recently described in Vanity Fair why she’s still stinging over her own hairy run-in all these years later, too. And it’s not the taunting girl’s fault – not then, and not now. The poor child has merely internalized the onslaught of critical messages women are bombarded with on a daily, if not hourly, basis. She may be the first to blow the whistle in P.E. class or on the playground, mocking another girl with an array of eye-opening insults—I was told, “You look like a gorilla!”—but you know what they say about shooting the messenger. It’s a misdirected target.

Still, it’s funny. My two daughters think nothing of barging into the bathroom while I’m sitting on the toilet; I’ve gotten so used to the intrusion I don’t even blink. Yet when I’m shaving my legs, balancing on the side of the tub, I find that I pull at the shower curtain and hide the razor blade the moment I hear them at the door. Because I don’t want to have “the conversation” with them yet. I’m not talking about the birds and the bees, or menstrual periods or even boys. No, I’m not keen to explain why, as a woman, I must remove seventy percent of my body hair. What will I say? Because men don’t like it? Because a guy’s hair is fine, but a girl’s is gross, unacceptable? Because silky legs look a lot better in a tennis skirt? What?

So I can already hear their innocent, fact-seeking questions. But how do I answer them without changing their newly forming perceptions forever? Of themselves, of their bodies and of other females on the planet? How do I not instantly sexualize them with this information, in a way that they’re absolutely, 100% oblivious to at the moment?

But it’s more than that. I want to extend their time as long as possible as non-objects. Right now they think of themselves as Girls. They have legs that carry them fast across grassy fields, arms that catch bouncing balls and feet that help them to spin pirouettes in ballet class. Their bodies are their friends—their instruments, tools, extensions of their physical efforts. Of course they understand that Boys are different—they play rougher, they’re a bit more hyper in class, maybe, and they hate American Girl dolls, that sort of thing. But most 8- or 9-year-old females don’t yet view themselves as part of an inescapable, inverse equation with the opposite sex, where a chunk of their self-esteem is attributed to how well they rank on a scale of one to 10. Hot or not? Pretty or shitty?

It’s coming, and I hate it.

I can’t stand the notion they’ll ever measure their worth through the eyes of another, scrutinizing look. The male gaze, even co-opted and regurgitated by a pre-teen girl like my old nemesis (and Stewart’s, too) is like a comic book villain who shoots lasers from his eyes. It can burn.

And so I delay the inevitable. I shave my legs discreetly, hiding what I’m doing as they rap at the door. I shave because that’s what women do in our culture. I landscape my bikini line and zap all traces of hair beneath my armpits. I do other things, too, that are expected of me: moisturize, make-up, mani-pedis. It’s not all unpleasant, but it is high-maintenance, and it’s mandatory. Beneath it all, if I’m to be perfectly honest, I’m just a person who’d prefer to spend my precious free time focusing on other things besides my bodily upkeep, such as writing posts like this one, or painting a portrait, or even indulging in a guilty pleasure like watching a bad B movie on a Tuesday afternoon. But, oh, shit! I’ve got stubble. Better go deal with that before slipping on a pair of shorts…

I’m too much of a coward to buck the tidal wave of social convention. Back in college 20-odd years ago there were loads of hippie girls who refused to shave, who yelled angrily that it was sexist, degrading, even medically questionable. Remnants from a more feministic era, perhaps. But I don’t see too many of those protesting young women out there anymore, not on campuses and not in my contemporary inner circle. The pressure is too intense to resist, I guess. We all, in the end, need others to approve of our looks and our choices, don’t we? And like mothers of the Taliban, we keep each other in line with under-the-breath comments if not outright force, with clucks, with disapproving nods of the head, whether we’re nitpicking at some woman’s sad outfit, her off-color lipstick, or noticing how scaly her calves are. We’ve become part of the problem, this devolution of girl power to womanly insecurity. Seems none of us want to be stuck in a hairy situation.

But it doesn’t mean I don’t wish my daughters might continue to relate to their bodies as powerful machines designed to take them places, rather than a pair of smooth legs that simply sheen, or powdered faces made up to preen, created merely for others to rate, insult, or admire. They’re so much more than that, even if our rituals reduce them—and the rest of us—to so much less.

You have to find your own happiness, your own meaning, and your own security within
yourself.