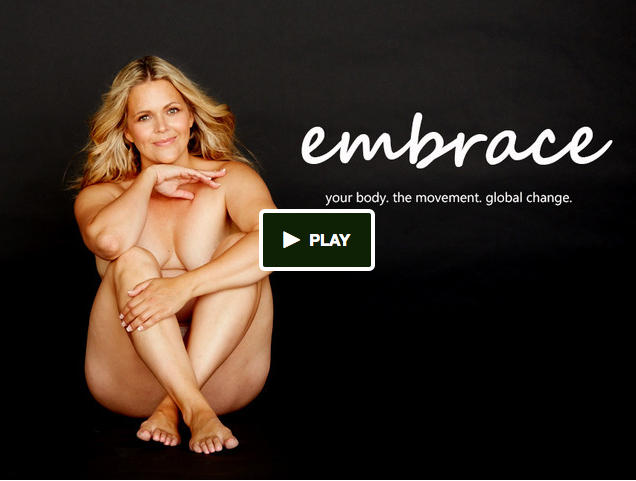 Kickstarter documentary so worth supporting .

Taryn sent me a link to her Kickstarter campaign to fund a feature length documentary that will unite women across the globe to love their bodies! I wanted to share it with you all as it is so worth contributing to .

” My name is Taryn Brumfitt! 12 months ago I posted my non traditional “before and after” photo and the world’s media stood up and took notice. People everywhere were astonished – how could a woman possibly love her body ‘after’?

Many applauded me for my bravery in posting the ‘after’ shot however, many berated me for promoting obesity. There were others who labelled me a bad role model for my children.

It got me thinking…the world has been brainwashed!

Women and girls are constantly held back and lead to believe they’re not as good as they should be. Why? Because every day we feel we’re being judged on our appearance and how far away it is from an unachievable ideal.

Lose weight, reduce wrinkles, fight cellulite; we’re constantly told to fight a battle to be someone other than who we are.

Excessive photoshopping, the sexualisation of women in the media and advertising campaigns that prey on women’s insecurities – it’s no wonder there is a culture of body loathing and body shaming of epidemic proportions going on in the world.

So I decided I wanted to do something about it. I created The Body Image Movement and started spreading my message “LOVE YOUR BODY”. I soon got frustrated – 140 characters on Twitter, 4 minute TV interviews and 800 word blogs weren’t enough. I needed a louder voice and a bigger platform! Whilst searching for the best way to get my message out to the world the idea of creating a documentary was born.

You’ll never guess what happened next! A film maker walked into my life and we had one thing in common, we both wanted to create a documentary!

So here I am, putting everything on the line, all roads have led here, my intentions are nothing but authentic and nothing has felt so right! EMBRACE will change the lives of women by allowing them to accept themselves as they are.

Can I do this? You betcha! I’m ready for the ride; I just need your help with the bus fare.

So, please make a contribution, whether it is large or small it doesn’t matter, what matters is that you have played YOUR role in creating global change. Let’s do this together!”
http://kck.st/1l2mMib