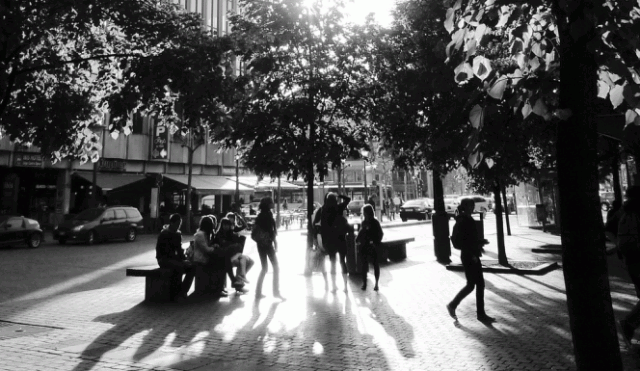 Neither One Nor the Other

I am a woman and I love being a woman. I love manicures, perfume and eyeliner. However, I also love sports, action films and motorcycles. There is a very feminine side to me as well as a very non-feminine side, and as I grew older, I learned how to accept and balance both sides.

I was a tomboy in my younger and teen years, which led me to have more male friends since we shared similar interests. By being accepted into the “male den,” I felt a sense of empowerment over the other more feminine girls who were not. It is with great shame that I admit that I looked down on those girls for not being “cool” enough to hang with the guys, but not me–oh no, I was a tomboy so that made me cool. That made me a better girl.

Then I hit my twenties and I gradually started to become interested in more feminine things. I found a love for fashion and makeup and suddenly I enjoyed wearing skirts and dresses. With enough practice, I mastered surviving a night out on the town in heels.

But what did that mean? Was I becoming one of “those” girls that I had grown up shunning? Did this mean I was no longer cool enough for my male friends? I had been “one of the guys” for years and was that going to change?

From a young age, society bombards girls with images of what a woman should be. Feminine and lady-like. Yet, the same society that does this will turn around and tell us that if we are feminine, then that makes us weak and inferior. In order to be strong women, women who are taken seriously amongst male friends and colleagues, then we should portray more masculine attributes.

No wonder I was perplexed as to what sort of woman I should be.

What we as women need to understand, what we need to pass on to our friends, sisters, daughters and nieces is that there is no wrong way to be a girl.

Some women are girly girls from the start. Loving pink over blue and tea parties to forts. Other girls prefer playing superheroes than playing house and would rather have action toys than Barbies. Then, there are the girls that fall in between loving a little of this and a little of that.

That, it is okay to be girly – to want a traditional marriage with children and at the same time it is okay to not want those things and to be content with never getting married or never having children. Neither woman is superior to the other and as women we need to stop judging other women. We need to stop dictating what qualities and attributes constitute to the makeup of the “right” woman.

Samantha Kasse is currently living in and loving New York City. She received her Bachelors degree in marketing and has been professionally involved in the field. Her passions during the day include writing but as the sun sets she assumes the very serious, often thankless role of secret ninja warrior/ shadowed defender of the night. But we digress... Samantha enjoys reading a variety of materials; her all time favorite author is Neil Gaiman. She is a huge animal lover; in terms of pets, she prefers the company of dogs. Samantha is in the process of writing her first book, which involves long hours in front of the computer and copious, possibly even life-threatening amounts of hot tea. During her down time, Samantha is a movie and television enthusiast. Most importantly—when she's not saving the world as that secret ninja—she finds passion in raising awareness for women and diversity issues. She also spends her time in the Twittersphere, where you can follow her as @samtaztic.

More From Samantha Kasse view all