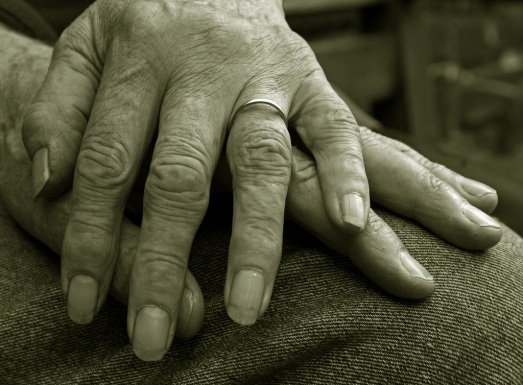 Radical Celebration: Welcoming the Wisdom and Beauty that Comes with Age

It was not until I had my two daughters that I felt the full impact of our relationship with modern day media. As if a veil was lifted, or a window shattered, I was suddenly aware of the immense challenges young people face today. I’m discovering that without significant “protective measures”, our young women, our adolescents and even our pre-school aged children are being recklessly exposed to dangerous media messages.

Such an overarching media presence is unprecedented. Never before have we been inundated by so many destructive images – some delivered subtly and some delivered aggressively – and the individual and social consequences are undeniable. They’re also wide-reaching: There’s an irrefutable global rise of eating disorders and body image-concerns, even in cultures previously untainted by the Western media.

True, it’s a challenge to hold a healthy and realistic concept of beauty in a youth-obsessed culture where one’s actual age – particularly a woman’s actual age – is seldom revealed. Wouldn’t it be wonderful if we could create a community, a kinship, a sense of true sisterhood which sought to honor, accept and even embrace one of life’s most natural and inevitable processes: aging? Was there ever a time when aging was cool? For me, it absolutely is! I have come to hold this value for aging close to my heart. I fiercely protect it, in fact, because this value allows me to live with passion and excitement, enthusiastic anticipation for the wisdom and growth my future years will bring. And as a mother, I choose to claim it as fearlessly and as gracefully as possible.

I’m clear that the dedicated spiritual path I walk gives me deeper insight into this conviction, this need to uphold such a value for the aging process, not only for myself, but more importantly for my daughters – my greatest teachers. Once upon a time, when we were less concerned with cultural advancement, we held more respect for our elders and their history. Now, we’re far more concerned with fine-tuning our technology for the future than honoring any of our elders’ journeys in the past. Sacred tales were passed down about the honor and wisdom of our Aunts, Mothers and Grandmothers. They were our Queens. The aging process seemed to evoke a sense of wonder and magic, a sense of being carried along safely by the hands of time. Today, we seem increasingly disconnected from this kind of tradition, this reverence for those who came before. Socio-culturally it’s scarce – or, dare I say, lost.

Thankfully, some of us still remember.

In a way I am surprised by my comfort around the changes that have come with age. Maybe it is in direct response to all that I had to uphold within the industry for so long. And maybe it has to do with the spiritual work I do on a daily basis. My want for perfection has shifted to a softer allowance and a more practical expectation of myself. I know I do not look how I did when I was a teenager. I have wrinkles, my hair is grey under the color I use, my body fat is much harder to keep down, it is easier than ever before to gain weight and harder to lose, I have cellulite on my stomach, a FIRST! But somehow all of this in some way is okay. I feel more invested in the fact that I want my body to do a 100 mile bike ride this summer. I feel more of a sense of joy at intellectual accomplishments than feeling a panic that my youth is slipping away. It all changes. And it does daily! I see personal a softness and surrender. I no longer want or need to keep the pace I did when I was a kid. And with that, so much comes to fruition.

My desire to honor the aging process doesn’t mean I don’t want to look or feel my personal best. It doesn’t mean I’ll judge what other people choose to do to look and feel their personal best. I flat out refuse, however, to live or perpetuate the myth that aging doesn’t – shouldn’t – happen.

I believe it’s crucial to have healthy, exploratory and realistic conversations about the media’s dangerously narrow view, its extreme misrepresentation of what is beautiful. So many young women already believe that the media’s contrived “standards” of beauty and ideal body-size are something to emulate. Many believe these images are real, even something to die for. It’s an uphill battle, but our young people need and deserve to be protected from and fully educated about the lack of full disclosure in the media—how unreal these images actually are and the money-making intention behind all the subversive messages (i.e., lies).

I believe that understanding the mechanics and intentions behind these messages is only part of the education that needs to take place. The other piece of the puzzle is that this reeducation must happen on a deeper and more individual level. Rather than being resigned to a culture that makes tearing people down a commodity, promotes it as entertainment even, we need to create communities and support structures that invest in the building up of confidence and the nurturing of spirit. Hopefully with truthful, open dialogue we can build a nurturing foundation of awareness and support from which we can all grow. Growing within, growing up and growing old—all kinds of growth worth celebrating.

Carré Otis has long been one of the most recognizable faces in modeling, headlining in campaigns for Guess, Donna Karan, Calvin Klein, and Revlon. As a supermodel, Carré has appeared on the covers of Vogue, Elle, Harper’s Bazaar, Glamour and Cosmopolitan. She’s worked with many of the world’s greatest fashion photographers, including Richard Avedon, Herb Ritts, Helmut Newton and Peter Lindbergh.  In her book Beauty Disrupted: A Memoir, Carré shares her unique insight into the business of beauty and the high price it demands by giving an honest account of her struggle with love, identity and spirituality.  Now a wife and busy mother of two she’s found a new voice as a passionate advocate for young women in and out of the modeling industry. Read more about Carré on her website carrelife.com.

More From Carré Otis view all

Taking the easy way out doesn’t make you a strong woman.