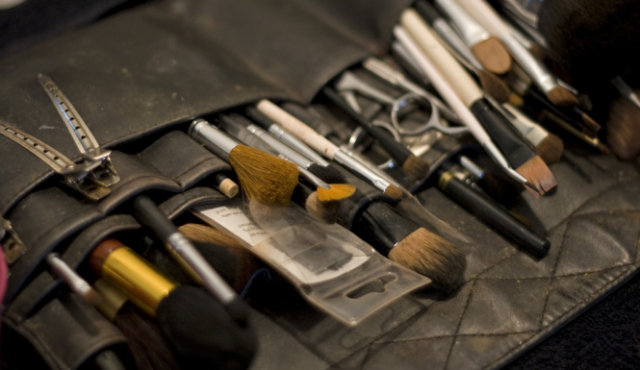 The Truth About Makeovers

There’s a reason makeovers are in so many movies and in the pages of so many magazines. We all love to see a transformation occur before our eyes; those frizzy curls turned into shiny waves, the unflattering clothes tossed out for a new outfit that fits or an awkward girl turned into a gorgeous woman with just a little bit of makeup. Beyond our purely voyeuristic tendencies, I think there’s another reason most of us are interested in makeovers. Even if we wouldn’t admit it to anyone, we secretly wish it was us getting that makeover. If we could only have a different haircut, bigger boobs, nicer clothes or a smaller nose, we tell ourselves, everything would be perfect. When I was 18, I got my wish when the thing I hated most about my appearance was fixed overnight.

I had what’s commonly known as an under bite, meaning my lower jaw stuck out a little bit further than my top jaw. It needed to be surgically corrected, but I had to wait until I turned 18 to be sure my jaw was done growing. I could hardly wait. The under bite gave me a prominent chin slightly reminiscent of Jay Leno’s, and while a strong chin might work for a male comedian, I wasn’t interested in having one on my own face. The physical effects (some trouble chewing, a little jaw pain) weren’t life threatening, just inconvenient and uncomfortable. But the psychological effects were much more painful.

For a teenager, any physical characteristic that isn’t “perfect” can cause insane amounts of self-loathing. The smiling visages of the girls in Seventeen (a magazine that, despite being a straight A student and a self-professed literary snob, I subscribed to and pored over as if it were my Bible) did not look like me. They didn’t look like anyone, of course, because they were photo shopped models, but they definitely didn’t have under bites. You know who did have under bites? Werewolves. And while werewolves may be many things (fierce predators, impressively hirsute, foils to vampires), beauty icons they are not.

I didn’t think or suspect I was ugly; I knew I was. I knew it because people didn’t tell me I was pretty, because I didn’t have a boyfriend, because I didn’t look like those girls in the magazines. There was something wrong with me. My face was deformed. What’s worse, my problem was out there in the open for everyone to see. I retreated into my shyness, rarely speaking up in class and avoiding talking to new people.

And so I skulked around my high school feeling like Quasimodo, counting down the days until surgery would “fix” me and turn me into a normal girl. The surgery itself sounded brutal; first my lower jaw was broken, after which it was fastened into place with screws that would stay in my head forever. Then there would be massive swelling and weeks without solid food. While most people wouldn’t look forward to an ordeal like this, for me it was like winning the lottery, going to Disney World, and getting a date with whoever 2004’s equivalent of Justin Beiber was, all rolled into one surgical package.

I thought this was my ticket to normal, my free pass into the land of the beautiful people. Finally, I would be able to smile at strangers and talk to anyone. I’d feel nothing but joy when my perfectly aligned teeth grinned back at me in the mirror. But after my surgery, once the swelling went down and I stopped subsisting entirely on oatmeal and applesauce, a funny thing happened: nothing changed. A few people told me I looked different and I scored a couple of compliments, but when I looked in the mirror, I still saw the same old me. I still didn’t feel “normal” or pretty and I still couldn’t talk to strangers. What happened? I thought angrily. This was supposed to change everything!

We’re conditioned to believe in the all-powerful makeover. All you have to do is remove your glasses, let your hair out of its tightly coiled bun, put the whole thing in a montage set to some kicky 80s number and voila! A new, confident, beautiful woman! But I learned that changing my outward appearance wasn’t some quick fix for all of my problems. My jaw might have been more well-adjusted, but I certainly wasn’t. I’d managed to smooth out the surface but underneath, I was still the same person.

Makeovers might be a lot of fun in the movies, but that isn’t how authentic change happens. My real transformation only came recently, and it hasn’t involved a hospital stay or any swelling. I finally realized that my insecurities and awkwardness weren’t caused by my under bite; they were because I allowed my self-worth to be defined by something as silly as my bone structure.

It’s taken me one painful surgery and the better part of my twenties to realize a fairly simple truth: what I look like just doesn’t matter that much. I was so invested in the narrative of the ugly duckling turning into a swan, that I never even realized I wasn’t an ugly duckling in the first place.

My internal makeover has been a lot quieter and slower than my physical one. It might not have a montage in a dressing room set to an uplifting soundtrack, but what it does have is hard-earned confidence in who I am. Sometimes I wish I could go back in time and talk to my teenage self. I’d tell her not to waste so much time feeling miserable and obsessing about her appearance. I’d also tell her that things are going to get better. Not because of any makeover, but because eventually, she won’t care about makeovers at all.

Kerry Winfrey is a writer and sandwich aficionado living in Ohio. She writes about young adult books for Hello Giggles and blogs at Welcome to Ladyville. You can follow her on Twitter @KerryAnn.

More From Kerry Winfrey view all

I’m being more and more who I am and discovering who I am–versus trying to be something.