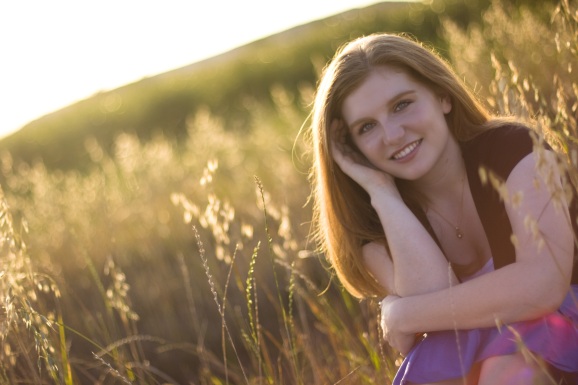 Triumph Over Trafficking, One Lipstick at a Time

A Conversation with Nicole Marett, Founder of Radiant Cosmetics

To most, the beauty industry is filled with nothing but shallowness. Controversies like excessive Photoshopping of celebrities in major fashion campaigns and schools pressuring young girls to start using make-up at earlier ages (I’m looking at you, Mount Saint Mary’s Catholic High School in Leeds, England) make the consumer believe that being physically attractive will always trump whatever gorgeousness is on the inside. Don’t count out inner beauty just yet, though; a growing group of socially-conscious cosmetic companies are striving to change the conversation about what beauty is all about.

For Nicole Marett, founder and owner of Radiant Cosmetics, she’s focused on spreading awareness about an issue she’s truly passionate about; human trafficking. “I knew from the beginning that I wanted to create a makeup line that made a difference,” Marett said. “I have always loved makeup, prior to starting Radiant I was living overseas [doing mission work with an organization called The World Race in Thailand] where I came face-to-face with the stark reality of human trafficking. It was then I knew this was what I wanted to devote myself to.”

Using her infatuation of makeup and newfound enlightenment of the (tragically) thriving trafficking industry, Marett began to shape Radiant into the cosmetics company she’d always dreamed of having. “I felt like starting with a domestic view of human trafficking was essential,” she began, “so I researched anti-trafficking organizations close to where I’m based in Austin, Texas. I found Free the Captives just up the road in Houston, which is a huge hub for trafficking here in the states.”

From there, the rest is history. Free the Captives have been proud partners of Radiant Cosmetics since their launch in August 2011. A portion of every Radiant purchase goes towards projects the non-profit is working on, from working with at-risk teenagers to educating the community to fighting back against establishments that promote human trafficking.

Although it’s been a slow process at times, Marett believes that simply making her customers aware about trafficking is changing consumer opinion about the topic at hand. “I meet lots of women who haven’t ever heard about human trafficking,” she states. “I get to tell them about it, [and] its global reach always shocks them.”

Another way she gets the word out about trafficking is with interactive campaigns like Kissing Slavery Goodbye. Throughout the month of January (also known as National Human Trafficking Month), she encouraged customers and followers on Facebook and Twitter to take pictures of themselves wearing lipstick and holding a Kissing Slavery Goodbye sign as a means to raise awareness to end human trafficking.

What surprises Nicole even more is seeing how people react to a business that simply wants to make a difference. “In the beginning stages of Radiant, I was used to the weird stares that telling people about my company warranted,” Marett explains. “Now I think more people understand how impactful a business with the cause to end human trafficking can be. I have noticed a difference in people wanting their purchases to matter and they’ve realized that human trafficking has become a huge epidemic in our world and want to end it. It’s really encouraging when I get emails or hear from women who really have educated themselves and want to get involved, even doing their part by simply choosing to purchase a lipstick from Radiant.”

While Marett is floored at how positively people are reacting towards Radiant Cosmetics’ activist edge, she believes that a world of good could be done if more beauty companies teamed up with organizations. “Not only would it pour enormous resources into organizations that are doing incredible work on the front lines of change in the realm of human trafficking, I think it would be most beneficial in terms of awareness. People still don’t know that despite slavery being illegal in nearly every country around the world, we have more slaves today than we ever did when it was legal. Imagine if beauty companies started telling women more about this issue? Awareness is part of the battle; you can’t stop it if you don’t know it’s even occurring.”

At the end of the day, Ms. Marett thinks “it’s absolutely crucial” for cosmetic companies (which is “compromised of hundreds of thousands of women”) and other lady-friendly businesses to set light to important issues affecting females around the world. “[The working girls] are the women that are affected by these issues,” Marett explains, “We should care about the people who not only buy our products but also are affected by statistics and often how the product is made. It’s important because I believe that we could be the ones to put an end to many of these issues. If everyone did even a small part to help, we could do so much good in the world.”

Jess Bender is an urban dweller with a heart of gold. She can usually be found writing on her fire escape or concocting something brilliant in the kitchen. Holler her way on Twitter at@blessthisjess.

I sometimes make the mistake of trying to figure someone out; with the intention to fix them.