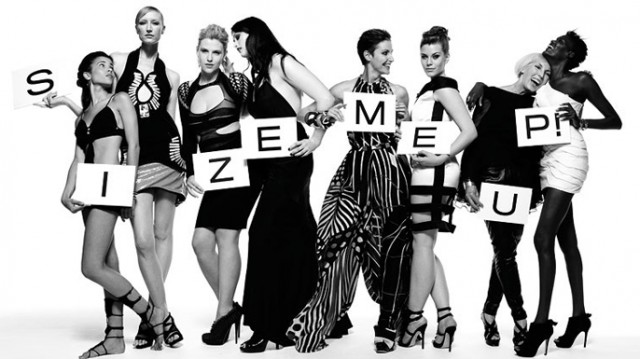 What Role Does the Fashion Industry Play in Women’s Health and Self Image?

For years we’ve watched food industry segments like soda and fast food get slammed for their roles in the obesity epidemic. Soda has taken the biggest hit, as seen by New York City’s regulation attempts, and the finger-wagging and shaming of fast food brands like McDonald’s never ceases. Researchers predict 42 percent of us will be obese by 2030, so of course we’re all looking for someone to blame.

The same thing seems to be happening where body image and eating disorders are concerned. The fashion industry is being held accountable, wholly or in part, for the .6 percent of adults who will develop anorexia, one percent who will develop bulimia, and 2.8 percent who will develop a binge eating disorder, according to the National Institutes of Health. Last year, Glamour Magazine published a survey in which they found 97 percent of women “will be cruel to their bodies today,” proving just how low our own body images are.

But is it fair to paint the entirety of the fashion industry as the villain, just as we’ve put the Quarter Pounder on citizen’s arrest for obesity?

“It isn’t as simplistic as that,” said Debra Bourne, one of the brilliant co-founders of All Walks Beyond the Catwalk. A varying number of circumstances have created the fashion industry we know today, and the direct or indirect repercussions. Primarily, she points a finger at the lack of regulation surrounding digital retouching.

So that’s where part of the self-loathing mind-set we’ve adopted stems from. It’s not that some women are thinner than the rest of us, although in 2009 Italy placed the first ban on too-thin models, the problem is that we’re allowing marketers and advertisers to run wild with their interpretation of how the female form should look. There is almost always a discrepancy between the reality and the fairy tale created by Photoshop and photography masters and the woman standing in a department store.

“Fashion photography was designed to be fantasy,” said Debra. “It’s not about reality, it’s not meant to be a portrait.” She says if you’re looking to see yourself looking back, you’re bound to be disappointed, because those images are “purely pieces of fantasy.” But anyone who’s ever been a young girl with access to her mom’s heels and pearls knows how easily we can skew the lines between reality and fantasy.

Debra recalled how the fashion industry used to be encapsulated, very exclusive. The photographs taken on a catwalk were only seen by a select few, and those working in the industry “knew how to interpret what [they] were seeing.” But fast-forward 20 years and see how the catwalk of today is consumer facing. These images go directly from the runway to the consumers’ eyes, and we’re bombarded by thousands of these types of images every day. It’s no wonder that we struggle to make peace with the sights of those models and the face, hips or breasts that we see staring back at ourselves.

The other issue, Debra says, is that fashion designers aren’t being properly taught. She explained that most designers are trained on mannequins, which rarely exceeding a size 8 or 10 while the average woman is now a size 14. Unlike hair stylists who train on real human heads of hair, Debra explained that designers are left with an objectified relationship with a non-human.

“They’re out of touch,” she said, speaking of the students who don’t know any better. That’s one of the things that All Walks is moving swiftly to correct, as education is one of the cornerstones of this organization’s work. Working with the graduates of the fashion industry in the UK, they coined the term “emotionally considerate design.” The goal is to help these designers engage with the idea that their work will end up on real human bodies.

And when it does, the women buying these wares should try to change their mindset. Debra reminded that fashion is a powerful communicator, and if we allow it, it can actually be a “fantastic tool for fun, self-expression, and self-empowerment.” There’s not much that’s healthy about aspiring to be something we aren’t, or even something that we can’t be. As we learned with the recent Zoe Saldana situation, some people are tiny, some people aren’t, some of us have control over that, and some of us don’t. And not to make it as simple as that, but sometimes it really comes down to brass tacks that are that simplistic. But when we embrace who we are, take hold of that shape, size, personality, or spirit, and allow the clothes to showcase that, rather than try to define it, we will feel a sense of liberation. We will truly feel like ourselves.

All Walks Beyond the Catwalk was created in 2009 out of the shared passion amongst the founders to improve body image. “A conversation needed to happen within the fashion industry…because of an unachievable ideal,” said Debra. Along with Caryn Franklin and Erin O’Connor, their organization set out to help women feel empowered by fashion, not rejected, and they work closely and directly with the fashion industry to help make important changes than can benefit everyone from the consumer to the designer.

Brandi Koskie is the mama behind the web’s first IVF fundraiser site, BabyOrBust.com. She calls Wichita home with her geeky red-headed husband who makes raising a sassy toddler more fun than than she dared dream possible. She’s good for an easy laugh, cheap rom-com tears, and has been told she makes killer Mexican food for a white girl. When it’s time to get down to business, you’ll find Brandi manning the editor chair at DietsInReview.com. You can also follow her on Twitter @brandik.

More From Brandi Koskie view all