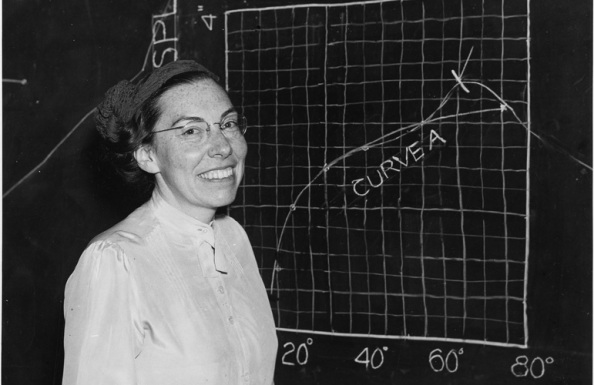 Am I Obligated to be a Woman in Engineering?

I’ve been reconsidering my career choice lately. It turns out there are a lot of other jobs out there that I could be doing and I think I might enjoy some of them more than my current one. And yet I often feel obligated to stay in my field. Why? Because I’m that oh-so-elusive creature, the Female Engineer.

There’s been a lot of talk recently about the fact that despite a lot of effort on the part of many organizations to get more women into engineering fields, there still aren’t a lot of us. Personally, I often find myself the only woman in meetings that contain ten or twenty people. I wish this wasn’t something I noticed, but it is.

It wasn’t always that way. In college, if there was a major difference between the number of men and women in my classes, it barely registered. (This was in part to my choice of field; I majored in mechanical engineering where the male/female ratio was closer to even; my friends in computer science classes had a much different experience.) I never felt excluded or looked down upon as a result of my gender, and I clearly remember some of the best students in my year being a group of three females. My own study group was also all female, though we were more the middle-of-the-pack types. I didn’t always excel in undergrad for a lot of reasons, but I’d never say my gender was one of them. I did get the sense that the boys who worked on cars with their dads as kids had a distinct advantage as far as the hands-on work went, but my own father wasn’t a ‘garage full of power tools’ kind of guy and I didn’t attend a high school that offered shop classes, so I’d have been at a disadvantage even if I had been male.

Not only did I not feel disadvantaged in college because of my gender, I’d actually been excited about being a female at a science and engineering focused school, because I thought a skewed male to female ratio meant there would be more guys to date. This turned out not to be the case. The old “The odds are good, but the goods are odd” adage certainly held true, but there was more to it than that. Living in a city with a large number of colleges, a lot of men simply dated women from other schools. As women, we had many theories about why this was and one of them was recently confirmed for me. A friend, a graduate of a small teacher’s college in the same town I went to school in, and wife of a man I went to school with, informed me that her husband “didn’t want to date one of the girls he went to school with, because he figured she’d have goals she wouldn’t be willing to compromise for his. He had a plan and he wanted to be with someone who would go along with it.” The worst part is, I know her husband and he’s not a Neanderthal, but if even the nice guys are too intimidated to date female engineers, I guess that ratio really doesn’t matter.

Dating aside, I really had no problems as a female engineer in college, but then I moved on to the real world, where as a female engineer, no one wanted to date you, everyone wanted to sleep with you and very few people seemed to care at all if you were a good engineer or not. We’ll deal with the second part of that statement first. While I’ve never been the victim of overt sexual harassment, I have a number of female friends who haven’t been so lucky (though there was the time a young male janitor informed me that a woman like me should be at home, cooking and cleaning for him, while a male colleague of mine egged him on). However, as a woman working at a place where there aren’t very many of us, I do notice the overt stares every time I choose to wear a dress to work; it’s hard not to notice the guy who literally trips over himself because he can’t stop looking at your legs. This is part of the reason my wardrobe tends toward the engineering staples of a polo shirt and jeans, wearing my glasses with my hair in a ponytail. Sure, this wardrobe choice is also easy, but to me, it also partially ensures I won’t be getting special consideration because someone likes the way I look.

Unfortunately, I’m pretty sure the way a woman dresses can play a part in how she’ll do as an engineer. In my experience, the women who get places are the women who play an angle. (Men can get away with just being themselves.) If you’re a woman, you have to pick a thing to be, and your options essentially boil down to The Little Girl or The Bitch. You can be the Little Girl, and if you dress cute and giggle a lot and pretend like you don’t quite know what you’re doing, and someone will always happily swoop into help. People won’t respect your technical skills, but they’ll like you. Or, you can be The Bitch, and you must act like you know what you are doing at all times, and you can never take any crap from anyone ever or let the slightest crack in your veneer show, or all credibility is lost. People don’t usually like the bitch, but they respect her. In my experience, if you’re anywhere in between those two personas, people won’t respect or like you. You can’t just be good at your job, you have to have a personality angle, because otherwise people just forget who you are. All of this isn’t just my perception of how the job is, it reflects actual advice from a male mentor, who informed me that I either needed to start smiling more or being a complete bitch if I ever wanted to get anywhere.

This advice was given to me when I went to him to complain about the project I’d been working on. I’d been on the project for over six months, and still didn’t feel like part of the team. I could no longer chalk it up to being new (particularly when men who joined the project long after me seemed to be welcomed right into the fold). While no one on put an official “He-Man Woman Hater’s Club” sign on the entrance to our building, I never quite felt included. Maybe it was that “Yo, bro” and “Hey, man” were the two most common forms of address. Maybe it’s the fact that every decision I made required a second opinion, while male suggestions were taken at face value. Whatever it was, it made work a place I didn’t ever really want to be. Maybe it’s the fact that I was once on the receiving end of an e-mail to myself and another woman on the project which was actually intended for the third (and only other!) woman on the project. None of us had similar names, appearances or job functions. It was literally addressed “Hey Samantha or Clarissa (I can’t remember which),”; this man could not be bothered to know the difference between the two of us, he just remembered that his message was intended for a woman and he’d leave it to us ladies to sort out whom.

When problems like this arise, there’s not much of a support network to reach out to. When I complained about the mis-directed e-mail to men, they all informed me that it was completely logical that the sender knew his message was intended for a woman, so it made sense to send it to two of the women on the project. To them, it didn’t matter that no one would have ever sent out a similar e-mail to multiple men on the project. I managed to find exactly one person who was able to understand my rage, a woman who’d been on the same project before me and had left because she felt she was being discriminated against as a female, and she, in turn, been brought on to replace another woman, who’d left for the same reasons. Despite that multiple women were having issues on the same project with the same people, no one was doing anything about it. Perhaps it’s because we weren’t making our complaints heard well enough; we’d both complained to our supervisors, but nothing beyond that. As a woman, I don’t want to be perceived as needy and complaints are often met with “Stop being such a whiner, this is how it is and you’re just going to have to learn to deal.”

A year earlier, I’d gone with another female colleague to talk to our Ombudsman about a different supervisor who was passing us over for work assignments and was just a little too handsy – nothing overt, just a hand on the lower back when you didn’t want it there, but it was enough to make us uncomfortable. The Ombudsman listened to our concerns, and then told us if we weren’t lodging a formal harassment complaint with HR, there really wasn’t anything he could do. In addition to the lack of formal support, there just aren’t a lot of women to reach out to when things get tough. For every woman who’s been where you are and can at least lend an ear if she can’t tell you how to fix the situation, there’s also a woman who will pretend your problems don’t exist because she’s gotten where she is by pretending that she’s one of the boys. Problems like this aren’t ever going to get better if women keep leaving engineering, but what’s the point in staying in a field where it’s so much more difficult to succeed? I can completely understand why women are leaving in droves.

Here’s the problem – I didn’t actually major in engineering because I thought I’d have better dating prospects. I majored in engineering because I love it. I enjoy math and science and I like getting to do things that are hands-on, rather than sitting behind a computer all day. Engineering is the perfect field for me, I just wish it weren’t so hard a field to play on. The study on why women leave engineering came out a year ago, it’s time people start doing something about it.

Featured image of Mary Blade by The Smithsonian

Samantha Barnes is an engineer by day and an aspiring writer by night. She hopes to help put a human on Mars and a woman in the White House in her lifetime.

More From Samantha Barnes view all