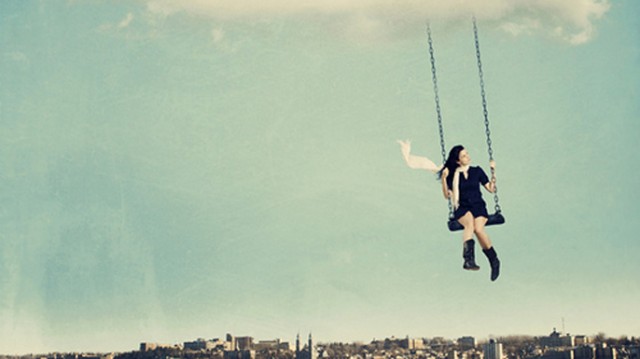 Are You “Too Old” To Do What You Really Love?

Do you ever wonder if you’re “too old” to do what you really love? It’s a million dollar question. And it’s such a hot topic that I wanna blow it wide open.

I can speak to this first hand. You see, I started my hip-hop dance career at an age considered to be over the hill in the dance world. I was like super-granny compared to my young blood competition. I was 25. I also started a life coaching business at 23, when I was considered way too young to be taken seriously. So I’ve felt the blade at both ends. Hell, at some point, we’ve all been paralyzed by thinking that we are too old or too young to grab something with pitbull like tenacity and kick the shit out of it (in a good way, of course). That’s why I wanna dig deep into this nasty little beast with you today.

Let’s take a look at what we say to ourselves.

“I would really love to start (insert big dream here) but I really feel too (insert age excuse here) to try.”

I say, enough is enough. Saying, “I’m too old for that” is one of the biggest BS excuses we tell ourselves. So why do we do it? To hide from the fear and insecurity that comes with being a beginner. Is age really the problem, or is it simply our excuse du jour? When we dig deep, we find that age is just a really big rock to hide under. Age encompasses our greater fears: money fears, failure fears, instability fears – you get the picture. If we’re honest, the age excuse is a really easy way to let ourselves off the hook from doing something that scares us.

Let’s poke a stick at another fact. As we age, we’re increasingly accustomed to being “good” at things. We’ve surpassed many of the painful learning curves of our youth. So frankly, jumping into waters where we might not know how to swim takes a shit ton of guts. We don’t want to drown. We even feel (gasp) irresponsible or stupid for trying.

But let’s back this thing up. Suppose you have a daughter or a niece. One day, this shiny little person tells you she wants to start running. Are you gonna tell her she has to be a perfect runner and make it all the way to the finish line right out of the gate? Hells to the no! You’re gonna expect her to give it a go, struggle a bit, maybe even stumble, but you know she’ll figure it out as she goes along. So why don’t we cut ourselves that same slack? Probably because we’re accustomed to performing on a high level, not the level of a learner. Learning freaks us out. But learning is in our DNA. We take those precious first steps and all of a sudden we are walking. Then running.

A very safe bet is that you will learn and evolve in your pursuit, if you grow the balls to try it in the first place. You wanna hear about some uber cool people who have really rocked out their supposed “senior” years? Take powerhouse Louise Hay of Hay House publishing. She penned her first book in her late 40s. She started her company at 61. Colonel Sanders launched the KFC franchise in his 60s (that white mustache and beard are his signature!). What about Julia Child, the woman who brought French cooking to America? She didn’t even start cooking school until she was 37! Gandhi was in his 60s when he led Indians on the Dandi Salt March to protest colonially imposed taxes. That guy kicked some serious ass (while wearing very little clothing). And then there’s Grandma Moses, the famous folk painter who started painting when she was in her 70s! Her art exhibitions were so popular that they broke attendance records all over the world. At age 88, Mademoiselle magazine named Grandma Moses a “Young Woman of the Year”. The fact is that people start their careers at every age. That includes a truckload of superstars.

If you are unsure of how to move forward, I’m gonna give you a really helpful filter question to ask yourself. It’s the same question I asked myself at 25 when I was considering starting my dance career: In ten years, will I regret not having done this? In other words, will I want to go back in time and smack myself silly for not doing this? If the answer is yes, then you should seriously consider acting on your idea. If you feel indifferent, then maybe it isn’t really what you want. The majority of us let a whole slew of things hold us back from doing what we want. But sometimes we just linger in the abyss of indecision, because we aren’t asking ourselves the right questions to find the right answers.

Okay, so now you’re ready for action. Do this now:

Step 1:  Scrawl the big dream that you are viewing through the age lens on a sheet of paper. Under that, write all your fears associated with pursuing your ideal scenario.

Step 2:  Now review the list and see how many things are about fear, insecurity and self-doubt. Is age really the issue? Does the age excuse suddenly look smaller (or completely insignificant) when you compare it with all your other issues? Is age a really handy blanket to tuck your dreams under?

Step 3:  Ask yourself THE money question. In ten years, will I regret not having done this? If the answer is yes, get your ass moving now.

Before we wrap up, I want to share one more story.

A few years ago a women named Pippa Blake did an amazing thing. She finally accomplished a dream of her youth: to climb Mt. Everest. She was first inspired by the idea when she was a young parent who was healthy and full of energy. She wanted to climb Everest as a family when her children became old enough. Years passed. Things happened. Life got in the way. She never did it. One day, when her son was already an adult, he encouraged his mother to live her dream of ascending Everest with her family. She was re-inspired to make the journey. A generation later, she made it to base camp with her friends and family by her side.

Wanna know the crazy thing? In the time between first having the idea and actually making the trek, Pippa had developed Multiple Sclerosis and lost the use of her legs. She made it to the Everest base camp at age 61, literally carried by her family and friends in her modified off-road wheelchair. In fact, her entire team made it to the Everest base camp without a single person turning back, which is statistically very rare. Pippa’s accomplishment makes age look freakishly insignificant.

There is one thing we know for certain – people achieve great things no matter what their age! But I wanna ask you this: Do you have your own personal Everest? Have you put your dreams on the back burner where they are quietly simmering away? Where is your base camp?

Are you ready to go for it now?

In the comments below, tell me your specific experience with the topic. I would love to hear from you!  Know anyone who considers themselves a late bloomer? Did you ever pass on something because you thought you were over the hill?

Your comments will make a huge difference in this community, so please share. What you write can inspire a woman to make the difference she’s meant to make in the world right now!

Marie Forleo is a marketing and lifestyle expert who mentors over 50,000 women in 188 countries around the world – many who tune in weekly to MarieTV.com, her award-winning advice show. She's been interviewed by Tony Robbins, mentored young business owners at Richard Branson’s Centre of Entrepreneurship in South Africa and has appeared in media outlets such Forbes.com, Oprah Radio and The New York Times among others. If you want to kick ass in business and life, get on her list at www.MarieForleo.com.