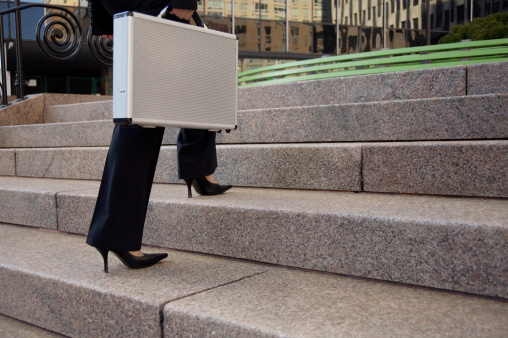 At What Cost? The Price of Workaholism

In her conversation with Amanda, comedian Whitney Cummings admits that her biggest vice isn’t wine, or chocolate, or perhaps the occasional cigarette, but an oftentimes-unhealthy addiction to her career. “I define ‘vice’ as something that you enjoy that is also bad for you,” Whitney says. “And I’d probably say work. Sometimes I take it a little too far.” As a research psychologist currently studying women in the workplace, this love-hate relationship with work is something I hear women describe with increasing frequency. At a time when more females are embarking on, and staying with, careers that are fulfilling and personally relevant—that is, for rewards other than simply money—I’m seeing so many of them inextricably, and all-consumingly, link their professional success with self-worth. This can be both empowering and dangerous.

Being busy can be a badge of honor. Busy people are important, needed. They’re successful, often well compensated. “Almost everyone I know is busy,” wrote essayist and cartoonist Tim Kreider in a New York Times op-ed that went viral last year. “Busyness serves as a kind of existential reassurance, a hedge against emptiness; obviously your life cannot possibly be silly or trivial or meaningless if you are so busy, completely booked, in demand every hour of the day.” Busy people, he wrote, may feel anxious and guilty when they aren’t either working or doing something to promote their work, and in my research I’ve seen this a lot. For women, part of the need to be busy may be due to the fact that the country is emerging from a recession, during which the most desirable jobs—or jobs in general—were tough to come by. It may also have something to do with the lingering notion that great opportunities for women are still rarer than they are for men, and as such must be strived for with unflagging determination and drive.

There’s no doubt that hard work can reap great rewards. But how hard is too hard? Back in 1983, one study looking at workaholism defined workaholics as those who work at least 50 hours a week, a relatively low measure by today’s standards. But many who work hard are working for reasons beyond the benefits good work provides. Workaholism isn’t just a “humble-brag,” something akin to describing your biggest flaw as being “a perfectionist,” but a real affliction that can signal genuine inner conflict. Being busy can serve as a Band-Aid for other issues, a way to numb undesirable feelings or fill certain voids, much in the way that alcohol might do for an alcoholic or sex for a sex addict. Working too hard can be a symptom of not being able to turn off—at all. As Kreider writes, busy people “may be addicted to busyness and dread what they might have to face in its absence.” And as Whitney says in her conversation with Amanda, fitting in as many as six stand-up gigs a night when she first started out was what helped keep her sane throughout her 20s. “I was in a lot of pain,” Whitney says.

Certainly, using work as a distraction is healthier than downing a bottle of vodka alone on a Tuesday evening. But workaholism has very real consequences. Constantly being at— or even talking or thinking about—work can come at the cost of everything else in life, including family and other relationships, health, and, ultimately job satisfaction.

Work, though, is a hard habit to shake. For many modern women, the slide into workaholism is almost genetic. Women today are among the first generation to have been raised by mothers who, as a whole, placed importance not just on a job, but a career. Whitney recalls childhood memories of her own mother wearing heels and toting a briefcase, and running out the door. “It never occurred to me that women shouldn’t work,” Whitney says.

Which, of course, is an important message to deliver. Women should work. Work can be as empowering and fulfilling as it is financially necessary. It can enable independence and provide a sense of self. But it’s important to remember that work is but one part of a full life. And that sometimes, the best way to ensure you’ll love your job tomorrow as much as you do today is to know when to call it quits.