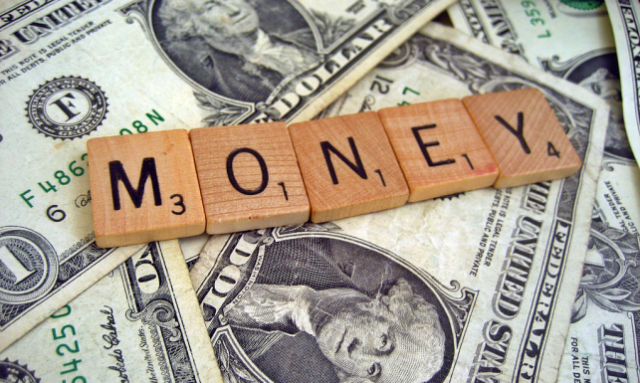 Debut of the Demanding Diva

I think I’m allergic to money. No, really. I think I have an ingrained aversion to it, at least. I’ve been working freelance for an organization for nine weeks now and despite emails, phone calls and countless pleas, I haven’t yet been paid. You might think I’ve been extraordinarily patient but I don’t think that’s it. I haven’t liked to ask. Ridiculous, right? I have provided fine service, been punctual, professional and full to the brim with integrity and I’ve earned every single penny they owe me. So what’s stopped me banging down the doors and demanding payment? What kind of person puts up with being taken for granted thus? Me, that’s who.

I was brought up believing that talking about money was horribly vulgar. One was never to ask how much anyone earned or how much someone paid for something. It was considered horribly bad manners. I was also brought up in a household of very limited resources where money, or the lack thereof, was associated with constant struggle and fear. So I mostly granted it ambivalence and tried never to give it significance. Consequently, I work constantly in deficit and I have terrible problems asking for it! I have rarely negotiated much when taking a job or a commission, thinking I was being gracious and grateful for whatever was offered. I wasn’t. I was being a wimp! You see, I have had a tape playing in my brain when it comes to money. The tape says, “Be grateful, be a lady, be gracious and don’t be vulgar.”

Well, starting today I’m recording over that tape. The new recording will say “Grow a pair! You’re smart and talented and you’re worth a hell of a lot more than you give yourself credit for.” It’s not a very sexy soundbite, I grant you. I’ll have to come up with something a little more succinct, but you get the point. It’s a self worth issue. It’s a power issue. It’s an assertiveness issue. Will people think I am too forceful or aggressive if I state my worth? Do I deserve it? Am I good enough? They’re crazy questions and the answer to all three of them is a loud and resounding “YES!”

Yes, people will think I’m forceful. I have never had a problem being assertive in any other walk of life. On the contrary, I have carefully crafted a reputation for being outspoken, opinionated and bold. I’ve been called downright intimidating more than a few times in my 43 years and aggressive a lot more, so I should be used to it by now.

Yes, I deserve it. I have worked very hard in often difficult circumstances to get where I am. I went back to school when my third child was still on the boob and endured endless sleepless nights with him reading textbooks and writing papers instead of sleeping, forgoing vacations, treats and life’s pleasantries to get an education. Yes, I deserve it. I deliver the goods in the most honorable, professional manner. Yes, I deserve it because I’m bloody good at what I do and I deserve financial recognition.

Yes, I am good enough. I am endlessly flawed and can never find my handbag, my keys or my marbles. I forget just about everything I don’t write down in triplicate. I am scatter-brained and flighty and woefully inconsistent at times but am I enough? Yes, I truly think I am and because I am enough I’m now saying “ENOUGH!”

No more, say I. No more will I undersell myself or my talents. No more will I sit back and wait when I am owed what’s due. No more will I blithely accept paltry offerings in obsequious gratitude or turn down money with a “no really, it was nothing, you keep it!”. No more will I feel shame or embarrassment when dealing with or asking for money. I’m going to awaken my internal, hitherto hidden, money-loving diva and demand my worth.

More often than not, the people who are legislating against abortion don’t have any personal experience with it or know anyone who’s had one.