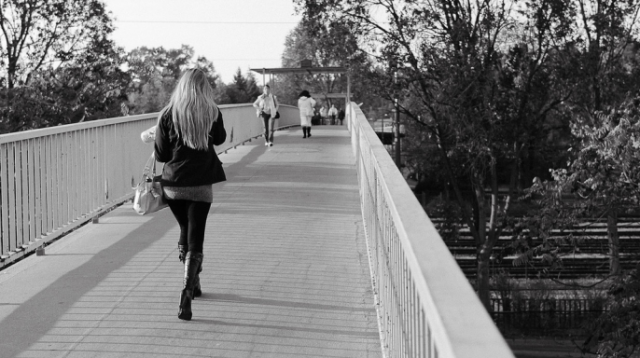 Discovering Your Own Brand of Go-Getter

We grow up in a society that makes us believe the road map to achieving the American Dream is laid out in front of us. Get good grades, go to a good school and get a good job in order to climb the corporate ladder to the top. “Go-Getter’s” are praised and admired while those who are not of that type are left in the dust. The term is often associated with earning a profit resulting from a combination of both hard work and aggressive competition. Having one trait without the other is not an option, not if you want to make it to the top. This is what we’re led to believe, anyway.

What if we begin to think of “Go-Getters” as individuals who chase their dreams (whatever those may be) rather than only those who compete for prestige or money? Perhaps that boy who spends all of his free time drawing comics only to be seen by a dozen Tumblr followers or that woman who left her job in marketing to focus her time pursuing a career in stand up are “Go-Getters” too. They are unable to allow the fear of failure or the temptation of a better salary allow them to stop doing what they love to do.I recently sat down to happy hour with an old classmate of mine from college. We began discussing the track our careers were taking and whether they were in line with our goals. She then started raving about her corporate work environment with particular emphasis on the titles in her department and the hefty salaries attached to those titles. I have had this same conversation with a number of young adults in the very early stages of their careers. From my perspective I could not imagine wanting to do that type of work but perhaps to some, my old classmate included, it seems is their dream.

In college, finding common ground seems easy because none of us have any money and our job is to attend class and study. We’re all living on dollar slices of pizza and the cheapest beer available. We share the agony of late nights in the library and the joy of wearing sweatpants to class three days in a row. A funny thing begins to happen when the real world breaks down the door and forces us to accept that it is here to stay – we must make a choice. As we start looking for jobs, a split between choosing financial success over personal fulfillment inserts itself into our path. This is not to say the two cannot overlap (and would anyone turn down the opportunity for both, really?) but in the early part of adult life, figuring out who we are and what we want to be doing for the rest of our lives can overwhelm us. The pressure to repay student loans can often lead us to choose what we see as the safer option.

Finding what you love to do and making the decision to go after that dream is a terrifying road to take. Scoring that entry-level job and climbing your way to the top seems much safer than following a dream with a higher potential for failure. We’re raised to believe that work isn’t supposed to be fun and that is why we are paid well or given prestigious titles, right?  If we choose that road, we feel we may have a better shot at planning out our lives than if we choose the more uncertain path.

It is important for each of us to think critically about what a living a successful life means to us without the opinions of others getting in the way. In his TED talk A Kinder, Gentler Philosophy of Success, Alain de Botton said, “It’s bad enough not getting what you want, but it’s even worse to have an idea of what it is you want and find out at the end of the journey that it isn’t, in fact, what you wanted all along.”

When we are able to define our own idea of what success means to us we have a better chance at a happy life. It just takes a little courage to “go get it.”

Laura is a twentysomething writer based in New York City navigating her way through the adventures of young adulthood. Laura spends a lot of time on the internet and enjoys films and music. After being told she looked like a young Geena Davis by a customer at her high school job in an ice cream shop, Laura decided if all else fails she could fall back on playing Ms. Davis in a movie about her life. You can find her on Tumblr and Twitter.

More From Laura Anderson view all