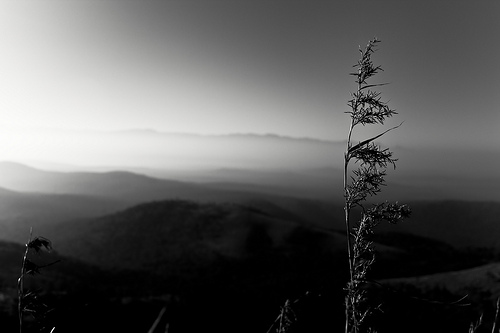 Recently, I asked 532 professional women the same question: “If you could go back and give one piece of career advice to your 20-year-old self, what would it be?”

As I was combing through their responses, I was reminded of what Amanda told me was her key takeaway from The Conversation interviews so far: Regardless of how different we may seem on the surface, we’re all going through the same stuff. Here’s some of what the execs said:

“Don’t wait another three years to get over being shy. Start networking NOW.”
“Don’t panic…just breathe. It will be tough – it will push your limits, but you’ll survive.”
“Work to earn a living – do not live to work!”
“The career path you take in your 20s won’t be the path in your 50s.”
“Don’t be so idealistic – you’ll be disappointed.”
“Don’t let others define you.”
“Laugh more and never let anyone tell you can’t do something.”
“Sell confidence, but be prepared with knowledge.”

Still… there was one other response that kept popping up over and over again. Actually, it was citied in almost a full one-third of the total comments.

Looking back, the biggest issue among these women – by far – was that many times, they didn’t. They let life, fear, family, other people’s expectations and a host of other things get in the way. They let who they “thought” they should be define who they became – even if it wasn’t exactly what they wanted. Over time, this became a hole in their lives and eventually, a regret.

Sad, huh? I’ve been in the career space for a long time and believe me when I tell you that I’ve met way more women who look back at how their lives have unfolded so far and wonder “What if” instead of thinking, “That’s right – I did.” But the problem is the “What if” record is positively disastrous because it keeps us stuck replaying everything we haven’t done at the expense of what we still can do.

This is probably the part where you expect me to give you a ra-ra speech and say you can do anything with enough focus and persistence, right? While I’ve seen enough in my own career to believe that’s true, I’ve also seen how depressed we can get when life doesn’t work out according to “our plans.” So let’s all take a collective deep breath and reframe our thinking a bit, shall we?

What does success mean to you?

For countless people, it’s a pile of accomplished goals and checked boxes, but…. I say that’s a recipe for unhappiness if ever there was one. It’s dangerous to use goals alone as a blueprint for your life because they rarely unfold how (or when!) we’d like. As a result, we often get frustrated and discouraged.

Before you call me an ambition-killer let me be clear here: Goals are healthy and we need them to keep pushing ourselves and moving forward. However, they also keep us focused on a future outcome at the expense of living in the present. When your ability to feel successful is wrapped in goals, you can’t get anywhere fast enough so you spend the majority of your time trying to prove yourself, to be somewhere else and to get to that ever-elusive next level.

This is why goals alone are pretty unfulfilling.

Sure, it’s an awesome high when you achieve them, but then what happens? The bar moves up a little bit and you simply set more goals. Of course, if you don’t meet your goal, well, then you feel as if you’ve failed. We do this to ourselves again and again, measuring our success by what we did or didn’t get, by what we do and don’t have. This is the wrong focus.

The solution? Don’t anchor your happiness around goals, anchor them on virtues instead. These aren’t the things you want to achieve someday, but the qualities you want to embody right now, in this moment and every moment beyond. Taking a cue from Ben Franklin (no slouch in the achievement department, by the way) I created my own list of virtues and now spend 70% of my time focused on how I want to live and 30% focused on what I want to “get.” For example, discipline is a virtue on my list. So…to consider myself disciplined, I exercise daily and maintain a to-do list at work among other things. Positivity is also a virtue on my list so, to consider myself positive, I read something inspirational each morning, I try to “catch and release” any negative thoughts and I disengage in office gossip. Yes, I still have big, game-changing goals I want to achieve and I work towards those too, but what I’ve discovered through this process is that I’m much happier and I feel much more successful when I spend the majority of my time focused on the things I can control.

So…if I could circle back with the 532 women who took my survey and give them my own piece of career advice, this is what I’d tell them: The cure for that hole in your heart is to realize you already have all you need. The primary “goal” you should strive for is to become the best version of you – and trust that the rest will take care of itself. So let go of “making it” someday and work on find contentment in your every day. This is the only thing that will prevent you from looking back on your life and wondering “what if” rather than knowing “I am.”

A career is an investment in yourself. And the thing about a career is that it continues to pay
dividends throughout your life.