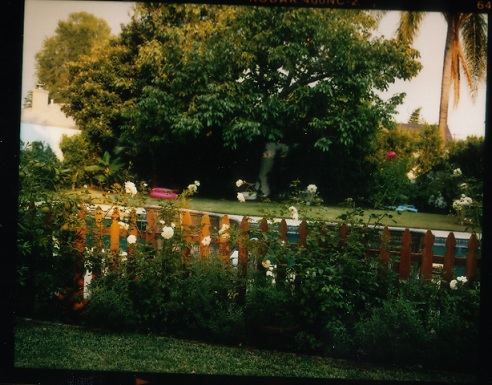 In the most obvious sentence you’ll ever read in your life, it’s easy to get discouraged.

It’s easy to prioritize money or the quick fix or whatever it is you’re told to want, and even easier to dismiss what you do want because “it’s not realistic”. But here’s the thing about being realistic: it sucks.

It sucks to dismiss your dreams just to appease the opinions of other people – especially when those people are the loudest voices, the strongest voices and always the ones that get stuck in your head. When I dropped out of university, it wasn’t “realistic” for me to pursue writing, and it was even more unrealistic to pursue music journalism – a medium I’d been told was dying, and a medium I chose at the time because I wasn’t ready to write the way I really wanted.

But nothing is sure, and for me, the only thing that has ever been sure is that the want to write – and more recently (out loud, anyway), the want to make people laugh – which have both outweighed the “that’s unrealistic!” chants I’ve been privy to since admitting what I wanted to do out loud.

And those slurs hit you hard. You second-guess your dreams and your instincts, and you think that maybe everybody else has a point. But then it gets easier. You learn it’s an endurance test. Then when your friends tell you to keep going and to abandon those naysayers and to keep your goals in mind, you actually listen.

And then you get an email – maybe a request to write something. You notice someone you admire has re-tweeted something you said, and you can’t believe they actually know who you are. They’re small victories – so small, you don’t even tell anybody – but they’re enough to keep you going.

And you need them to outweigh the downfalls. (Which, believe me, will always exist.) For me, realizing that my heart wasn’t in music journalism marked the end of a particular series of events that ended by – glamour alert! – moving back home. Like Annie in Bridesmaids, I hit my version of bottom, but I could finally stop being the person I wasn’t (and didn’t like) to pursue the kind of dreams Journey writes songs about. I still have to budget, and that student loan is staring me in the face, but I’m writing the way I want to surrounded by people I love, which helps make those long-ish ago (last week) moments of wine-cries seem worth it.

Because it is worth it. It’s worth it to struggle, to prove yourself, to make mistakes and to learn so that you can inch closer to that dream and make it yours in way only you can. Nobody’s perfect, and you’ll screw up – probably in ways you didn’t even think possible. You’ll bottom out, and things will go wrong, and you might change your mind on the path you’ve taken – but by following your heart and abandoning what’s “realistic”, those hiccups will just be part of a bigger picture.

So go get it, girl. Get it, and ignore the discouragement and remember that you’re the one whose dreams are waiting. Reality is what you make it – your goals are unrealistic only when you decide that they are.

My sisters are my everything. Without them I can’t walk. They’re my water. They’re my air. They’re my religion and they’re my soul mates. What we have is almost too much for a lot of people.