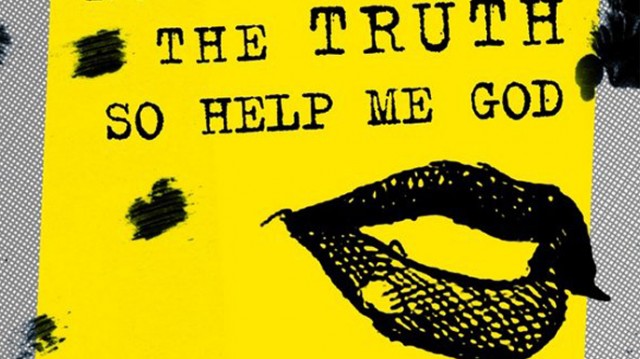 How The Collapse Of Borders Led To Self-Publishing Success

Raised in a family that spent 25 years in the traditional book distribution business, some might think it’s strange that I have chosen a non-traditional method to publish and sell the first in a series of anthologies on a subject I’m deeply passionate about: women’s stories and voices.

My family’s first bookstore was on the second floor of an old building in downtown Ann Arbor, Michigan. It had a toilet seat behind the counter and sold mostly used books. Over 25 years my dad and uncle, Louis and Tom Borders, expanded their vision of providing high quality service, attention to the customer and the best technology to book selling. By 1988 they had expanded their bookstores throughout the Midwest and had built their wholesale business, Book Inventory Systems (BIS), into a multi-million dollar enterprise with a combined sales of $32.3 million. In 1992 they made the difficult decision to sell the company to Kmart. The next year Borders operations reached $224.8 million.

Shortly after the sale my father approached the newly owned company with the then crazy idea of selling books on the newfangled thing called the Internet. They weren’t interested. And they weren’t interested in letting him do it either, and held him firmly to his non-compete agreement.

So my family watched from afar as the business they spent a quarter of a century building grew to the second largest book retailer in the nation, then fall apart.

An article in Time magazine last year stated that of the five reasons Borders eventually went out of business, the top three were that it was late to the web, late to ebooks and it opened too many stores. The company fell behind in technological innovation and ignored their customers’ changes in book consumption, opening hundreds of new brick and mortar bookstores as though that could slow their customers’ growing preference for online shopping.

So, this month as my first book, Nothing But the Truth So Help Me God: 51 Women Reveal the Power of Positive Female Connection, the first in a series of anthologies, launches on Amazon and Barnes and Noble in both print and ebook versions, I hope to learn from the mistakes I watched Borders make.

As I approached publishers with this anthology of women’s stories-which includes writers such as Joyce Maynard and Deborah Santana, activists like Dominique Browning, and includes heartfelt true stories about love, death, sexuality, cancer, self-love and many more important and timely topics, I was surprised by their responses.

Nothing But the Truth has garnered praise from playwright and activist Eve Ensler, MS Magazine editor Katherine Spillar, actor Peter Coyote, and many more influential people, but we encountered a great deal of resistance from the traditional publishers, some of whom told us that it would take at minimum 18 months to get the already edited book published. So much for “timely.”

We were told that it was too “book-like” by a well-respected publisher who is moving away from “traditional books” to sell “kits” like henna tattoos.

We were told that anthologies are hard to sell (and especially anthologies about women), despite the success of Chicken Soup for the Soul and This I Believe (both of which our anthology has been likened to).

So, in weighing our options, I decided to create my own publishing company, Nothing But The Truth LLC, to publish and distribute our anthology.

We got our book completed and ready to launch in less than five months. No wonder self-publishing has seen triple-digit growth over the last five years!

We are giving 50% of the net profits back to our contributors and we are not marketing our books in a traditional way. We are focusing on online sales and spending our marketing dollars on the members of my online social network, A Band of Wives, which has members like author, spiritual guru and social media maven Gabrielle Bernstein, and Dr. Lissa Rankin, an author and speaker with a twitter following of over 140,000 on board to help us spread the word.

We are also preparing to launch a “My Story” version of the book where women add their own stories and art about positive female connection into a custom version of the book. I am hopeful that this will allow many more women who want to see themselves published in a book, but are not sure how to do it in this changing landscape to see their name and their words in print

Only time will tell if we are ahead of the game or if the traditional methods are still the best route. But I think our launch will show that women’s stories and voices are important enough to sell books.

Nothing But The Truth So Help Me God: 51 Women Reveal the Power of Positive Female Connection

Raised in a family that spent 25 years in the traditional book distribution business, some might think it’s strange that I have chosen a non-traditional method to publish and sell the first in a series of ...

Christine Bronstein is the founder of ABandOfWives.com, a social network and information website for women. She is an editor of and contributor to the anthology Nothing But the Truth So Help Me God: 51 Women Reveal the Power of Positive Female Connection. Her articles have appeared in the San Francisco Chronicle, Forbes.com, Huffington Post and more. She was CEO of one of the few female run venture-backed health and fitness companies in the nation for 8 years and president of a child-welfare foundation for 3 years. She is a graduate of Columbia University executive MBA program. Chris is married to Center For Investigative Reporting Executive Chair Phil Bronstein and mother of three.
comments (4)

I don’t go to other people for my fulfillment. I go inside for fulfillment and I do it through
meditation, through spirituality, being creative or just being loving.