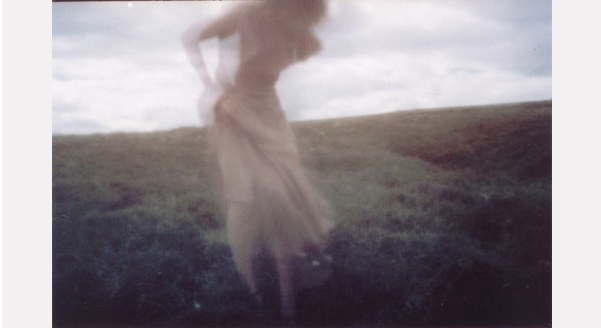 I Shouldn’t Be Here: How to Overcome Imposter Syndrome in the Workplace

I never cared about being one of those academic overachievers at school.  Although this meant there were no regular trophies, champagne flutes or doting smiles, it also meant no anxiety or pressure of always having to maintain any sort of special title. I actively avoided most classroom competition and instead chose to remain averagely happy and perform well socially. Soon after graduation, things quickly changed as soon as I hit the working world, landing myself a placement at a top global PR firm, planning launch events for global billion pound brands on behalf of huge corporate parent companies. Suddenly success meant something to me; there was a financial reward and a tangible result, and it was kind of addictive. There I was, having just turned 21-years-old and sitting in a huge office in SoHo surrounded by buzzing conference rooms and power women in Louboutins. As I became engulfed by hungry egos, I felt vulnerable, but the feeling that surpassed any of others was that of confusion: how on earth did I get to be in this room with all of these important people?

For the first time in my life, I was doing something I was passionate about and I felt I had to constantly prove I was worthy of my seat. This soon meant I found myself considering sleep as unimportant and getting praise from my boss as my ultimate priority. After all those years of just plodding along, I suddenly wanted to be the best at something and beat anyone else to the top. But this newfound attitude of wanting success and satisfaction also brought with it new feelings of paranoia.

Every morning I would put on my pre-planned outfit, collect my coffee, go up in the lift and collect the office post. I began to get into the swing of things. Every week would be different, I’d be in and out of Addison Lee taxis, talking to the likes of Universal and Paramount; schmoozing with chaps from The Sun, sitting in a dressing room with a celebrity ambassador, attending awards ceremonies with marketing CEOs and talking to SATC stylist Patricia Field about how she used to dress Sarah Jessica Parker. The first few weeks went by in a blur, and within a few months I was promoted. The strangest part was that instead of enjoying the excitement and the “well done yous” I started to worry. Was I even that good at my job? Maybe they’re being nice because they’re about to fire me. Maybe my CV got mixed up with someone else’s and they got the wrong person?

As my career progressed, so did these feelings. It wasn’t modesty or denial, it was that I genuinely thought that each time something went right it must have been a stroke of good luck. On reflection, I was able to make sense of this feeling and realise other people in their careers felt it too. The term “Imposter Syndrome” was first coined in 1978 by Pauline Clance and Suzanne Imes and is used to describe the irrational feelings that people have where they feel they do not deserve their success, despite their obvious skills and numerous accolades. Over the years, studies have found that this workplace syndrome is more common in women, as they use it as a defense mechanism to curb their chances of obvious failure.

This belief that earned success is due to a lucky star rather than the individual’s talent reminded me of a quote from one of my favourite authors Elizabeth Gilbert when finishing her first novel Eat, Pray, Love.  In a TedTalk about creativity she reflects on how creative people often deem the success of their work as being accidental; one minute we are making the impossible happen by bringing to life a complex plot and the next we have writer’s block and are temporarily rendered useless. Here’s an example of how she describes the success of her first novel:

“[Eat, Pray, Love] decidedly unlike any of my previous books, went out in the world, and for some reason, became this big mega sensation best-seller thing. The result of which, people treat me like I’m doomed. They’d ask me: ‘Aren’t you afraid you’re going to keep writing for your whole life and you’re never again going to create a book that anyone cares about?’”

Even the most successful women do not completely accept their accomplishments as being completely self-produced. In this sentence, Elizabeth has played down the fact she wrote a sensational best selling book by mentioning that her previous ones weren’t as good. She suggests that it’s ‘for some reason’ that this book escaped over the picket fence and fell into the laps of international audiences. This idea that we are imposters who had a ‘stroke of luck’ is psychological and something we should all learn to overcome by accepting the real reasons for our success: talent, hard work and determination, which ultimately leads to progression and improvement over time. We need to start realising we are not frauds who are ready to be ousted by a security guard. Our success is not a result of a freak accident, fluke, strange coincidence or the work of a guardian angel or kindred spirit. We are promoted, paid and praised quite simply because we are damn good at what we do.

My five tips on how to combat Imposter Syndrome:

Realise that everyone makes mistakes: Just because you get one thing wrong does not mean you have been ‘faking it’ all along. Realise that with the slip-ups also comes important learning curves which, in the end, makes you better at your job. Some of the biggest mistakes I’ve made have made me extra cautious and able to deal with the reality that sometimes we get things wrong.

Reflect on all the brilliant work you’ve done: When feeling down, you might forget the backlog of awesome work you’ve produced. When seeing it all together in once place by creating your own personal portfolio, you’ll be able to remind yourself that you are good at your job and it’s no coincidence that you have succeeded time and time again.

Get yourself a good mentor: We’re all human, and sometimes the best medicine can be a little reassurance from a friendly face. Having someone older and wiser offer advice and create strategic goals for you means you’ll always be challenged and aware of your capabilities. Friends and family are important here too to give you a pat on the back when you’re having a self-defeating moment.

Save any congratulatory emails in a folder: If you are feeling deflated, it’s probably because you are concentrating on what has just happened and not reflecting on past highlights. If you save those nice emails or letters you receive from happy clients and grateful coworkers, you can remind yourself once again that your success is down to consistency and hard work.

Relax and just be yourself:  Celebrities have also admitted to the feelings of imposter syndrome, feeling that they can never be as wonderful as the hounding media has made them out to be. The lesson to learn here is that nobody’s perfect and what is often perceived to be ideal is not based on reality. Remember that being yourself has got you where you are in the first place, so carry on doing your thing.

Emma Gannon is a social media strategist and lifestyle blogger living in London. She has worked across a wide variety of international and UK digital accounts for companies such as P&G, Unilever and the BBC. In her spare time, Emma enjoys writing posts for her women’s lifestyle blog Girl Lost in the City as well contributing frequently to publications such as More! magazine, Huffington Post and Made in Shoreditch magazine. Follow her on Twitter @emgan for updates about cocktails, TV and the news.

Emma Gannon is a social media strategist and lifestyle blogger living in London. She has worked across a wide variety of international and UK digital accounts for companies such as P&G, Unilever and the BBC. In her spare time, Emma enjoys writing posts for her women’s lifestyle blog Girl Lost in the City as well contributing frequently to publications such as More! magazine, Huffington Post and Made in Shoreditch magazine. Follow her on Twitter @emgan for updates about cocktails, TV and the news.

More From Emma Gannon view all