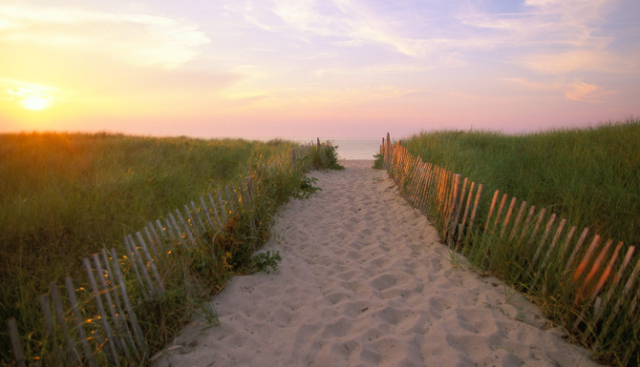 Making Peace with Being Good Enough

I have a confession to make. I am not perfect. I can’t do it all or be it all and I have stretch marks. I’ve spent far too long trying to be perfect, or at least convince the world at large that I am. It’s exhausting. For years I hid my fears, which were many, from others. I was so wracked with panic that everything was hard. Just existing was hard.

And then, the worst thing that I could have imagined happened to me. My husband, tired I am sure of the layers of angst he was subjected to on a daily basis, left. I had no more safe person, no more security. And the façade crumbled. My imperfection was laid bare for all to see. I had a failed twenty year marriage. That’s a pretty big failure. As the mother of three I felt I’d let them down. As a child of divorce myself I knew the pain and the loss of an intact family.

As I worked to recreate my life for myself and my children, the vestiges of perfectionism lingered. I lost weight, became a vegetarian, read every self-help book I could get my hands on and began to emerge from the box I’d stuffed myself in too long ago.

As time went on I began to feel like I’d found myself. After years as a stay-at-home mom I was working, and I was rediscovering myself. It was, despite the reasons, pretty darned grand. I was determined to be the most together, most quickly healed divorcee ever! Everyone marveled at how well I was doing and adjusting to this new, unasked for life. They weren’t there when I would lie in bed at night and pray for my heart to stop racing. Or when I’d cry and think I was always going to be alone. I kept going. It’s what I do.

It all looked good. I had become a life coach and was helping other women, and then in what I can only think of as destiny or fate, I became a journalist. I’d always loved to write, and now I was getting to do it. A lot. When I saw my byline for the first time in my local daily paper, standing in my driveway in pajamas and slippers, I knew my life had forever changed.

In the ensuing ten years I’ve racked up hundreds of feature stories and columns. I have a fun, light voice that readers responded to. I’ve been very lucky. I’ve worked hard, but I’ve been lucky. It was good, but not enough. As someone who was always a goal line changer, the line now became to become a published author.

I’d begun working on a novel when my daughter, my youngest child had left for college. I joined a writing group, I went back to school, I began an internship and drove myself relentlessly. Balance was a word I did not know, it’s one I’m still struggling with. Knowing how to be ambitious and have a life is something I struggle with on a daily basis. It seems I am my most productive when alone and not too happy, which does not seem to be the recipe for a balanced life.

After years of writing and rewriting, rejections and tears, I finally got an agent. And not just any agent. One of the best at one of the most respected agencies in New York. There was more rewriting and working with an editor in New York to more finely hone my story of a mom recreating her life after her youngest child leaves. Yes, in many ways Cassandra Keaton is me. I cherish her like a dear friend and want only good things for her, so the hours working to make her come to life were worth it.

I thought that getting signed by an agent was the hard part, but the publishing world has been turned on its ear since I started my book seven years ago. Unknown writers like me are rarely getting book deals. We receive lovely rejections that extoll the writing, characters, setting and story, always followed by the proviso – but we don’t know how to market her – like I am an alien to whom mere mortals cannot relate.

With each rejection I lost confidence in myself and what I’d created. Maybe my agent was wrong. I once again contemplated my decisions to choose a profession so wrought with rejection with a marginal chance of success at best. When my daughter got a great job and began talking about 401Ks and benefits, I felt like our roles had completely reversed, as if she was the grown up and I was the unrealistic child. What was I doing?

When my agent approached me, after about eight rejections, with the idea of saying to hell with the publishers and letting the agency put the book out as an e-book, I felt like a complete failure. Yes of course we all know of E.L. James success in bringing the joyous world of domination and submission to the women around the world with her “50 Shades” series, but we also know the books that without being properly vetted were just horrible. Was I going to be thought of as the latter?

In the end I agreed to follow my agent’s advice. The jury is still out on whether or not I was right. But I learned an important lesson through this process – success, or even the pursuit of it does not always look like we thought it would. I had long imagined, in my perfection seeking mind, that I would get the hardcover book deal, movie deals would follow along with more books. Anything less than that perfect outcome would be a failure. But it’s not. And nor am I. I wrote a book. A good book if you believe the reviews. That is enough. And I may finally be ready to realize that.

Candace Hammond’s novel, The Best Worst Year is available at Amazon and Barnes and Noble.

Candace Hammond is a freelance journalist and novelist living on Cape Cod. Candace writes about pop culture, fashion and entertainment for many publications. She is the mother of three young adult children who periodically deign to cross the bridge to come home – mostly for her homemade cookies. With a background as a life coach, Candace is fascinated by personal growth and relationships. You can follow her on Twitter @candacelhammond, and read her blog, candyspopgoestheculture.blogspot.com. Her debut novel, The Best Worst Year is available at Amazon and Barnes and Noble.

More From Candace Hammond view all