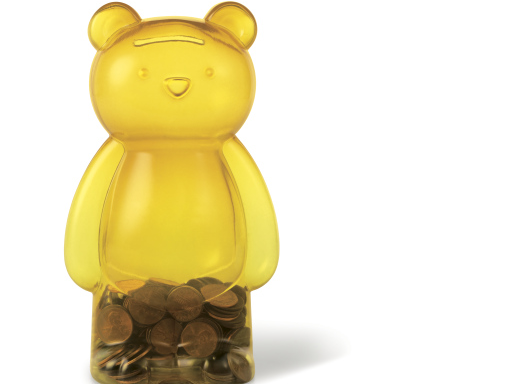 Two years ago, I had my palms read by a small woman in a tiny wooden hut near Venice Beach, California. She wouldn’t make eye contact. My friend stood by, shellshocked after just being told she would marry four men over the course of her lifetime; I felt equally as worried about my future. As she held my left hand in both of hers and studied the line configuration on offer, she announced with no sense of pity: “You, my girl, will never be rich.”

As it happened, at that time and for quite some time after, my finances were in dire straights. I had hardly worked in two years, I was living in a country (USA) on a VISA that made getting work very hard, and my bank manager seemed to have me on speed dial so he could let me know how bad things were almost daily. I couldn’t afford my rent, let alone my tax and VAT repayments. My overdraft was the size of the Atlantic Ocean and I felt like my chances of clearing it were as likely as it would be for me to swim home. Which, if I am honest, was my only option at one point. I didn’t take it.

The irony of this situation was that everyone else seemed to think I was rich. Like, really rich, because I have made a few TV shows, my boyfriend – now fiancé – had been in some movies, I lived in Hollywood (when you don’t have a job, it’s just a place) and because every now and then, I would be on a red carpet. But the reality was very different – I was skint. My boyfriend paid my rent and I would have moved back to London in a shot, if only I could have afforded to.

Take the Bridesmaids premiere last year, for example.  I had moved back to London by this point, but financially, not a lot had changed for me. The irony of this night will stay with me forever. As Chris was the star, we were flown First Class to LA from London and put up in a 5-star hotel. I had been lent an amazing Vintage Ossie Clark dress by William Vintage and had borrowed a pair of Louboutins from a friend that were so big, I had to stuff them with three insoles just so I didn’t fall over. We were showered with attention and Hollywood glamour, yet the truth was that I had to use Chris’ per diems to get lunch and at the premiere, my hair looked awful because I couldn’t afford to get it cut and the style had completely grown out – I couldn’t bear ask for another loan to sort it out. I felt like such a fraud that night. As I guzzled the free champagne and nattered away to the likes of Jon Hamm and Judd Apatow, I wondered if I would ever have an answer the the question of ‘what do you do?’ again.

I know we shouldn’t be driven by money, but it’s hard not to be, when being skint leaves you feeling like such crap. If I hadn’t been with Chris during this time, I would probably have had to move back home with my parents. When I did manage to get back to London, I sofa surfed at friends’ houses and did whatever bits and bobs of work I could to pay for my trip. Chris leant me money and the total of that seemed to go up almost daily. It was mortifying. I am a career driven, independent woman, with a firm feminist attitude and at this stage in my life, I don’t want to borrow money from my boyfriend to get by. I like to keep our finances separate, and although he was more than willing to help me out when I needed it,  it left me feeling very insecure.

The thing about being skint – for me, anyway – is that it doesn’t allow me to be creative. I don’t need to have millions, but I also don’t need to be in debt. The problem I got myself into was that I let it totally consume me. As well as dropping an entire stone in weight, I also lost a weekly column that I loved, right in the middle of all this, and remember just walking the streets of Hollywood – oh, the irony – sobbing audibly and not caring who heard.  That went on for weeks. My creativity was stumped. I look back on a year when I achieved nothing but some serious eye bags and think I could have written three books in that time, but the reality was that I couldn’t. Being skint and scared about my career was all I could think about. I felt like a total waste of space being anywhere other than in bed tweeting. But as much as I wanted it to be, full time tweeting is not a career.

Something happened about 8 months ago. Let’s call it an epiphany. I literally woke up one day after around an hour’s sleep, feeling like Mike Tyson had used me for a yoga mat, and I thought, ‘No more, this has to stop.’ I took my dog for a walk and thought about where it all went wrong. What had happened was that I had experienced two episodes of quite severe rejection, and I hadn’t allowed myself to move on from them. One was my Channel 4 series about extreme marriages (the show I moved to LA to make) hadn’t been recommisioned, and the second was losing my weekly column. This sudden halt to my work load terrified me, it sent me into a pit of self pity that I presumed someone else would pull me out of. Chris tried, but really the only person that could do it was me. Having realised this, I got back from my walk, sat at my computer, turned Twitter off and began to write. A month later, I had a two book deal.  What I realised is that my career hadn’t stopped at all. I had.

Right now, I am doing really well. My debts are paid off, I can afford my own Louboutins and I have so much going on I can barely shut up about it. I have also learned a lot. I will never equate my success to what is in my bank account again. Success is way more than a paycheck, and although my bank manager’s only call to me in the last few months was to personally invite me to their Christmas party, I know that I could be back where I was this time next year if I don’t stay focused and keep my own life moving forward. Success is an attitude, and for a while there, mine stank. Which is why it took me so long to get my act together.

So after a few years of hardship, the drinks are on me, for now. I can now write my books the best that I can without the constant worry of my ever increasing overdraft. That’s all I ever wanted, really. And if that funny little woman on Venice Beach ends up being right, then so be it. I may not have a lot of money, but I will always have my success. I just hope she was wrong about my best friend’s four husbands. She just got married, and I bought them a really expensive present.

Dawn O'Porter is a British journalist mostly known for her immersive documentaries on subjects such as Polygamy, child birth, breast cancer, extreme dieting and the movie Dirty Dancing (Just pop her name into You Tube, you will find them all). A regular contributor to many publications including The Sunday Times, Cosmopolitan and The Huffington Post, Dawn covers all subjects relevant to a woman's life. Dawn is not one to shy away from any subject. Her first fictional novel, Paper Aeroplanes will be out in May. Follow her on Twitter @hotpatooties for regular funny updates on food, fashion, the odd one liner and some serious, no holds barred honesty.
comments (26)

Nobody should have to lose a child. It’s unfathomable; but I’m here to say you can get through
it. You can live again. You can want to live again.