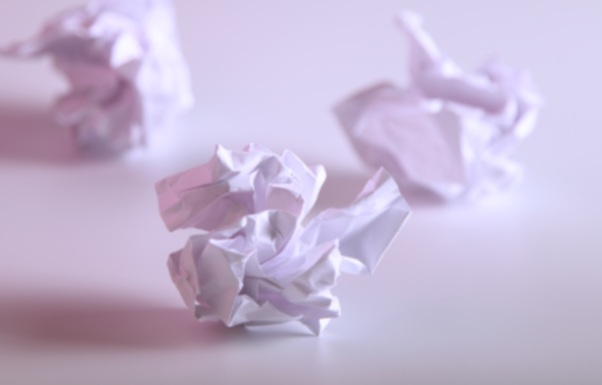 The Lesson of Failure

One of the reasons I love writing is that it gives me an opportunity to help people navigate the world of work. That said, I can’t help unless I’m completely honest so I’m going to get raw here. (I mean really raw.) Yesterday morning I delivered what I consider to be one of the top three worst presentations of my career. Note I didn’t say in the last year – I said of my career (with a “C”). As if that weren’t bad enough, it just happened to be for my largest client.

To give you some context, I want you to think about your dream gig. You know, the one you’ve been preparing for all your life. The one on your vision board. The one that – three years ago – if someone would have asked, “Who would you love to work for?” you would have named THIS client.

Now – imagine you have that shot and you completely blow it. I’m talking total. gutter. ball. You’d probably feel like you got a swift kick in the stomach with a steel boot, right? Okay, good. Because now you know how I feel.

Totally humiliated, disappointed, angry, sad, confused, second-guessing everything and frankly, a little shocked. I mean, I’ve presented to hundreds of audiences and knowing the importance of this one, I was hyper-prepared. How could it have gone so completely off-key?!?

At the end of the presentation, I didn’t want to speak to anyone. All I could think about was putting on a brave face just long enough to get back to my room and have a good cry. So… that’s what I did. (Brutal honesty, remember? You were warned.)

Of course, our inner critic l-o-v-e-s this stuff, right? It comes swooping in during these moments with a barrage of questions like, “What the hell happened?” “How could you do that?” and the death blow: “Guess you’re not that talented after all, huh?” Believe me, I had the same head traffic but, thankfully, there was another question that popped up louder than the others: “What can you learn from this?”

Ironically, I coach people through disappointment all the time. Just the other day when a mentee of mine who wants to be an artist didn’t get his work accepted in a big show, I was rattling off all sorts of stats about failure. “Don’t worry! Michael Jordan didn’t make his high school basketball team. Some idiot turned down the Beatles. People said Oprah was too fat for TV. You’ll show ‘em.”

Easy for me to say.

When the failure is yours, it huuuuurts. Deep. Bad. Still, I have to take my own advice here and recognize that failure isn’t final. It’s a test – and the difference between those who pass and those who don’t is who gets up and who doesn’t. So while every cell in my body wishes things would have gone differently, this is the part where I have to recognize that I can’t change what happened. I can only learn from it and do better next time.

Yes, I’m devastated. (Believe me, this will take a while to get over.) But I’m not going to use a moment of failure as an excuse to play safe or small from now on. Instead, I’m replacing those self-defeating questions with a simple statement: “Thank you for this lesson.” At the very least, the next time someone comes to me because they’ve been humbled, I won’t be talking to them about Oprah or Michael Jordan. I’ll tell them about yesterday – and the moment my professional worst-case scenario came true. I’ll tell them that I survived…and they will too.

Freedom is the ability to make choices and decisions you want to make without anyone hold you back or censoring you. That is freedom.