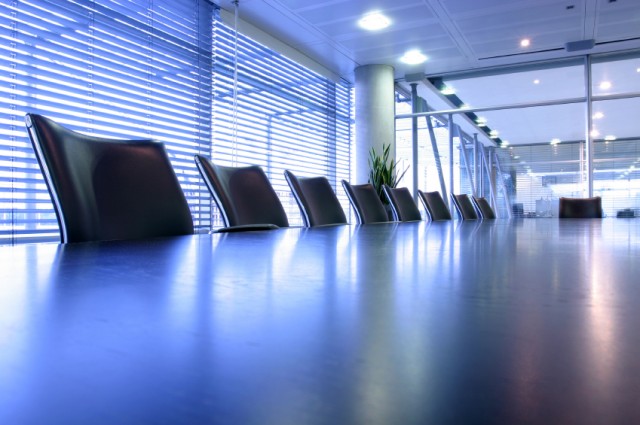 Three Ways to Earn Respect Under the Corporate Umbrella

When I transitioned from a series of small business employers to a corporate position, it was like sliding into a pair of skinny jeans. Tight, yet oddly comfortable. I loved the fact that my coworkers used language like “v1” (translation: the first draft) “processing in real time” (translation: thinking out loud) and “under development” (translation: this task is totally behind). I had a courier service, mileage reimbursement (without the guilt at least), two monitors and a conference call line. It was heaven. Still, I quickly realized there were some, well, adjustments to make for anyone coming into to corporate life. Here’s a few from my experience:

1. Pay attention to your title.

A few years ago, the accounting firm I worked for was merging with a much larger company. Naturally, there were a million and one details that went along with this, things like signage, stationery, informing clients, media, combining records, introducing staff…the list was overwhelming. Still, there was one “tiny” detail that caused major gridlock: The org chart. “You’ve never seen anything like it,” said one of the partners. “Everyone was absolutely consumed with where they fell on that document.” At the time I remember thinking this was over-the-top and totally egotistical. In my small biz role, no one had the luxury of worrying about pecking order – which would have been ridiculous anyway since there were so few of us. I’ve since learned that in the corporate space your title and position really do matter… a lot. Right or wrong, it’s how other people judge your value to the organization which, right or wrong, does make a difference in how they treat you. (By the way, this is why I hate it when I hear women say things like, “I don’t need a fancy title – I just want to be known as the person who gets the job done.” Bullshit. You need both.)

2. Know what you’re responsible for now.

Before I signed-on to join the accounting firm, I met with the managing partner for breakfast. He had sent me an email about a week earlier saying that if I ever wanted to leave the small marketing agency I worked for, he had a “nice, cushy job” waiting. He wasn’t kidding. The hostess had barely sat us down before I was offered a new position at the firm with a salary double what I was earning at the time.

“Great. So what does that mean? What are the responsibilities of the job?”

He didn’t know. It was a new position and everything was still up in the air. While I was still wildly tempted to scream, “YES!” and jump out of my chair with a celebratory fist-pump, I kept my cool and accepted the offer under one condition – I had to have a job description. At the time, my chief concern was that “marketing” was secret code for “admin” and I’d wind up his de facto executive assistant. I wanted to protect myself by making sure we were on the same page about what I was responsible for (and what I wasn’t), who I would report to, and how my success would be measured. This was – without question – one of the best decisions I’ve ever made in my career. If you don’t have a job description in place right now, don’t wait until your performance review – bring it up with your supervisor ASAP. (Yes, even if you’ve been in your position for years.) Assuming you want to move up, you need to be clear on precisely what your current role is so you can make a case for a promotion when you’ve mastered it. Make sense? Likewise, never accept a new position – even an internal one – without getting your responsibilities and reporting structure in writing. Better to be smart now than sorry later.

3. Have patience for the process.

I worked in my first job (at a very small marketing agency) for exactly two and a half weeks before I was promoted. One day while casually passing my boss in the hallway she stopped me and said “You have a degree, right?” I said I did and that was that. Poof! I was the new account coordinator. Obvy, things don’t go down like that in corporate environments. When you’re hired, you’re usually in the position for at least a year before you would even be considered to move up. Recently, while I was interviewing a young woman within a F50 organization she said she was frustrated with her career path because she was in a position that had a two-year promotion track. “Two years is like a decade to me,” were her exact words. I had to laugh at that… but I get it.

When you’re ambitious, it’s frustrating to appear powerless over the timing of your own success. Not to mention, it’s easy to feel like you’re falling behind when we’re all surrounded by tales of 27-year-old CEOs. That said, any decision made out of impatience usually turns out to be the wrong one – especially major career decisions. This doesn’t mean become complacent by any stretch, but it does mean that you should have a modicum of respect for the established protocols within your organization and to be willing to see the bigger picture. There are a lot of circumstances around a promotion that you may not be privy to just yet. For example, if you’re a new grad and were hired in a wave of other new grads, how would it look to everyone else if you were promoted in six months? Even if you deserve it, there still needs to be a plan in place for how managers will handle inquiries from everyone else wondering when it’s going to be their turn. Get it? It’s not just about you. Welcome to corporate life.

Give to the world your best and the best will come back to you.