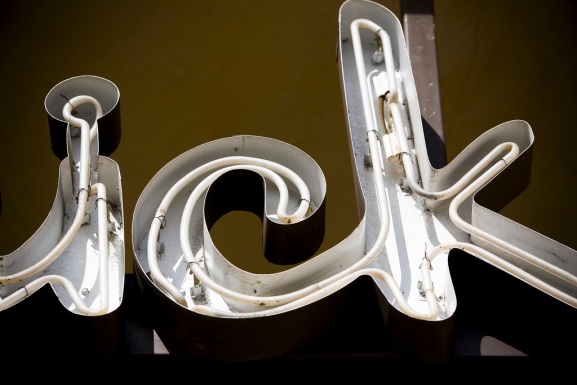 As much as we like to wear our best pretend selves, the truth is we all have a deep seed of insecurity within us. Some choose to bury it under a tough exterior, while others have it as close to the surface as a dandelion that only needs one small gust to spread again.

This is your -ick.

For most people the -ick starts tiny, usually in the form of a rejection from long ago… a bully at school, an absent parent, a bad break-up. Then, somewhere along the line, it grows into an inner dialogue that can mercilessly attack your confidence.

The colleague who didn’t respond to your email? The -ick is what flares up and says, “Maybe she’s mad at me.”

That elevator run-in with your boss’ boss? The – ick is what makes you scrutinize every minor word choice – “Why did I say that?” – back at your desk.

Naturally, there are a million different reasons to tackle your -ick head-on but for our purposes, here’s the biggie: You can’t work straight until you think straight.

To achieve true career success, you have to feel worthy of it. Wanting isn’t enough. You have to believe you can get it –  and since your -ick has no other purpose than to make you feel small, you must untangle yourself from it to move forward. Fortunately, while you may not have created your -ick, you do have responsibility for how you manage it.

Rule #1: Take full responsibility for where you are. This is the part where you look in the mirror and own up to the fact that perhaps the choices you’ve made so far are not getting you where you ultimately want to go. Therefore, the first step to unwinding your -ick is to take complete, 200% responsibility for the person you are today and where you are in your life.  I know this one is tough. Not too long ago, when I was throwing my own pity party about how none of my grand plans seemed to be working out, my friend and mentor Tory Johnson cut me off and said,  “Okay, but what are YOU doing right now to change your circumstances so they are aligned with what you truly want for yourself?”

It was just the wake-up call I needed to realize that whining about my situation wasn’t going to change it – the magic is in the action.

So take a quick inventory of behaviors – like complaining! – that aren’t serving you either. What habits have you cultivated over the years that could be holding you back? Too much social media? Overeating? Aggression? Don’t keep running and burying – CALL THEM OUT!

The issues that are most destructive to us aren’t the ones on the surface in the light, they’re the ones just beneath the surface in the dark. You have to have a deep understanding of where you’re coming from if you want to change where you’re going. Otherwise, it’s like the saying “if nothing changes, nothing changes.” You’ll keep going back to the same old behaviors and keep getting the same old results.

This is where being mindful becomes critically important. So before you go down the path of the same negative habits – e.g. assuming a coworker is mad because he didn’t respond to your email, etc. – take a moment and ask yourself whether the choices you’re making in this moment will bring you closer to or further from the values you’ve identified for yourself. If you’re truly honest, you will know what to do next.

Lazy Sunday with my hubby . #MrV 💗

There’s a lot of shame around postpartum. Why aren’t people talking about it? What is the stigma? And as long as we’re not talking about it, the stigmas will still exist and we will be keeping women in silence about things that are really hurting them and their families.