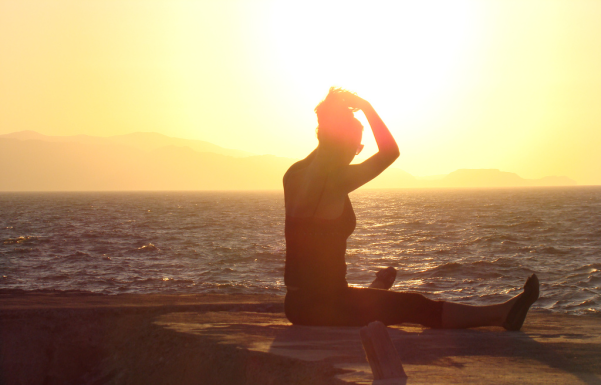 What Exercise Can Teach You About Career Success

As a nation, we are completely obsessed with winning and weight loss. Even more so, it seems, when the winning IS the weight loss. Stroll past any magazine rack at any given time and you will be faced with multiple stories about celebrities — who has cellulite, who doesn’t and who used to but doesn’t now. Over and over, all year long.
Editors will tell you these issues are among their most popular. That shouldn’t be surprising. One third of the US population is considered obese. Not just fat. Obese.

Part of the problem is we’ve gotten really good at faking ourselves out. The diet will start “tomorrow.” The boot camp will start “on Monday.” Then Monday comes and goes, month after month, but the dress still won’t zip. So as I was thinking about the theme for this week, it occurred to me that – regardless of how you define success – what’s next is the result of what’s now.

Right now. Not tomorrow. Not Monday.

This is the greatest lesson I learned from (finally) getting into shape recently. Specifically, I learned a 20% effort gets 20% results. I’m not exactly proud of this, but there really was a time when I thought 30 minutes on the treadmill reading US Weekly at 3MPH was a great workout. It’s only when I set a goal to run 3 miles in 30 minutes that I finally realized to get real results, you have to do real work.

Then a funny thing happened.

As I started writing down my fitness goals, I begin to write down my career goals as well. And just like I had to tackle my workout first thing in the morning (or I wouldn’t do it), I started tackling my toughest work projects first too.

Then, the same “General Emily” – i.e. the mental warrior I created to crush “I-don’t-feel-like-exercising-Emily” – started popping up at work too. Suddenly General Emily was squashing procrastinator-Emily, too-much-coffee-Emily and I’ll just-have-one-bagel-Emily.

Hmm. The discipline from my new workout routine was spreading. Coworkers started to notice (e.g. “Michelle Obama called, she wants her guns back.”) and I felt powerful, not just at the gym but in my job as well. That’s the moment I realized there’s no such thing as compartmentalizing life. You can’t be “strong” in one area and “weak” in another. It’s all the same. If the dress doesn’t zip maybe the career doesn’t either. But the only way to make a change is to get uncomfortable and actually do the work. Facing what’s next starts right now.

Everybody is special. There’s no reason why just because you don’t have your name above the
title of something, it doesn’t mean that you aren’t an incredibly interesting person.