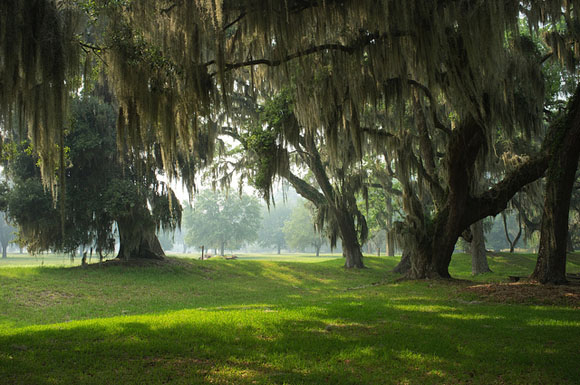 Women: On Success, Men and Love

When I was single in New York City years ago, I found my success and financial independence to be a dating issue until I met my husband, Victor. Sometimes the issue was with me, feeling compelled to downplay my accomplishments. Other times, I felt resentment if they accepted my offer to pay the bill and, more often that not, if they never offered to pay whatsoever. Interestingly enough, I drew Vic to me once I decided that I had created an extraordinary life and would rather be single than in a less than extraordinary relationship. No more twisting myself up into a pretzel to fit in a box that I clearly did not. It became clear that if I were to partner with anyone in a permanent way, they would have to bring some serious magic to the already awesome party. Getting to this point took many years of therapy, trial & error and a willingness to be alone.

As a psychotherapist, I repeatedly see this trend with my successful female clients and friends. A disproportionate number of these women remain single even though they would like to be partnered. And some who do find partners play out other scenarios of love dysfunction. Through years of in-the-trenches research, I have come to some conclusions about successful women and their attitudes toward men and L*O*V*E*: all roads lead back to your childhood home.

You have a downloaded blue print from childhood about love and marriage. Although the prescribed roles for women and men have changed in the past fifty or so years, it is your unconscious blueprint of what a husband/wife should be and do that develops your dating profile, who you attract and to whom you are attracted.

The first step to gain clarity about your downloaded love blue print is to connect the dots backwards to your family of origin. Your family’s culture included accepted norms about romantic love. These values were designed by others and handed down through the generations. If you are experiencing difficulties finding “the one”, your blue print might need a total overhaul.

In order to redraw the blue print and rewrite the script, you first must be consciously aware of how it is currently written. Take some time to honestly answer these questions to gain some insight into your current mindset.

– What do you believe you need to “have” or how do you believe you need to behave in order to be loveable?
– What was your parents’ marriage like?
– Who had the power in your family?
– Who was the financial provider?
– If one parent stayed at home, was their contribution valued?
– Was there an open dialogue in your home when issues arose?
– Did you admire your parents’ union?
– If you were raised in a single-parent home, did your parent date? If so, what types of relationships did you witness?
– What advice/messages did your family give you about love?
– How do you describe your perfect mate?

Take yourself back to the way it was and write down all of your answers. By accessing the real memories and feelings, the blue print you have been rocking will come into focus. Include all of the memories that these questions provoke, including how you felt.

To give you an idea, let me share a snippet of my old relationship blueprint. I was raised in a family with a successful father who longed for a son, but had four girls. As the youngest, I believed I was my dad’s last chance for a boy, and that created tension between my father and I. My mother stayed home taking care of everything and everyone, but my father had the power. Since he was the breadwinner, he did what he pleased, which did not include family time. My parents were high school sweethearts and got pregnant during their second year in college. My mother dropped out of school and they got married in the back room of the Presbyterian Church during winter break. My mother’s shame coupled with deep gratitude to my father for marrying her resulted in her settling for much less than happy, until she ended the marriage when I was thirteen.

Because of my mother’s feelings of helplessness and being controlled, she sent me the message loud and clear to get an education, make my own money and lead my own life so love could be a choice, not a need.

Bound to not repeat my parents’ pattern, I set out to accomplish great things and achieve financial independence. But, did it mean I needed to be resentful of men or feel as though I couldn’t outshine them or vice versa? Did it really need to be a competition of who made more money and thus controlled the relationship? No. I realized that real-deal love was about two people sharing their pluses and minuses rather than keeping a scorecard. Also, who I am – a motivated, no nonsense, independent person with deep compassion and a tender heart – is perfectly imperfect and would attract someone of similar vein. My financial success was not something to be ashamed of or defensive about, but celebrated, and “the one” would feel the same. It took a lot of pressure off! And, lo and behold, “the one” came along.

Understanding your own blueprint and its impact on your past choices is the first important step to attracting your dream relationship. When the unconscious need to repeat the love blue print becomes a conscious choice to change it, you will attract the one and the fit will be undeniable.

You have the power to attract a romantic relationship that thrills you. Healthy love is worth the work and so are you.

Terri Cole, founder and CEO of Live Fearless and Free, is a licensed psychotherapist, transformation coach, and an expert at turning fear into freedom. For almost two decades, Terri has empowered companies, celebrities, professional athletes, and individuals to Live Fearless and Free through television, radio, and other media appearances, speaking engagements, workshops, and a thriving private practice. Her blueprint for success combines harnessing the power of intention, practical psychology, and thought innovation to create sustainable change. Recently, Terri released her first CD “Meditation Transformation”. She is now in the process of writing her first solo book “Live Fearless and Free ~Transform Fear into Freedom in 6 Simple Steps for Sustainable Change” and co-hosting Live Your Truth Love Your Life, an online group coaching program, with yoga psychotherapist Ashley Turner.

More From Terri Cole view all