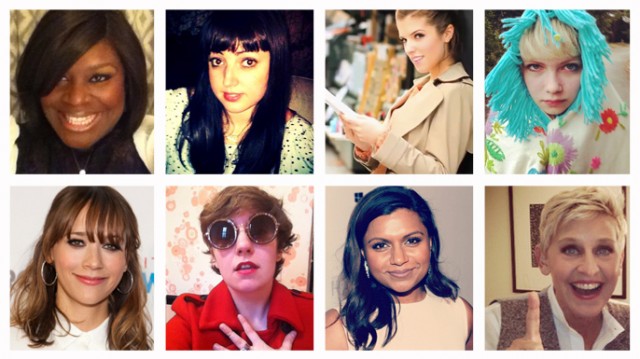 The Twitter-verse is a magical place. Is that enough to justify the (MANY) hours I spend on Twitter each week? Probably not. But clearly there’s a reason I get sucked in as soon as I sign on. Make that eight reasons. The women listed below are a brilliant mix of intelligent, hilarious, kind, generous, down to earth, inspirational and just downright rad. I’m so incredibly grateful that these spectacular ladies take the time to share their thoughts and feelings with their followers. I’m not sure they’re aware how much better they make my days by doing so, so just in case, this is my thank you note.

1. Retta @unfoRETTAble
I’m Donna on Parks & Rec, a Duke alum & I cuss a lot. Got an itchy block finger & not afraid to use it. P.S. I live tweet my favorite shows:#YouveBeenWarned

6. Lena Dunham @lenadunham
My life is my art and therapy is my palette (JK, I make movies & shows. Like @tinyfurniture & @GirlsHBO)

I have always worked. I’ve raised two children. I was lucky enough early on to find something
that I loved doing and was very successful at. And to me this is the key because if you love it,
and you’re being rewarded for it, you don’t want to give it up.