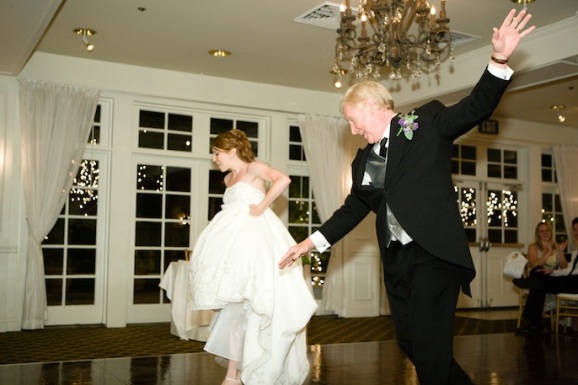 A Chip Off the Old Block

It was just after Thanksgiving, 2001 when my Dad said goodbye to me in Austin and headed home for California in his Honda Accord. I didn’t know it then, but his journey home would turn out to be a perilous one, and it was all because of me and my, shall we say “issues.”

He had come out to visit me for Thanksgiving because I was living alone in Austin Texas and I was terribly depressed. I was 18 years old and dancing with the second professional ballet company of my career and I was completely unhappy. It was the kind of unhappiness that scares you because it’s unreasonable; I had everything I had always wanted. There was no reason for me to be sad. I had made it into another ballet company, and this one genuinely liked me more than the company I was with before. I was getting parts, I was getting attention and they weren’t on me to lose weight. It would have seemed that I was right where I should be in life. And at just 18. But I was debilitated by feelings of doubt and anxiety. Everything I had hoped for was turning out to be a disappointment and I didn’t know what to do about it.

As my career as a performer was just beginning, although not as pleasantly as I had hoped, my Dad’s career as a performer was at something of an interchange as well. He had started work as a professional actor at the tender age of six. He had been a dancer, a theatrical, film and television performer, a television writer, executive producer and director. His IMDB page stretches out for ages and his career had been impressive, to say the least. He had worked with Walt Disney and acted on The Waltons. He had an incredible career and a million amazing stories as a result! But he had reached an age which, in Hollywood, equated to one thing: too old. My dad was slapped with the stigma of being mature and therefore “unhip”. It was happening to a whole generation of writers and producers, and my dad was struggling to adjust.

So at the time, he wasn’t working and was able to drive out to Austin to visit me. It was fortunate for me that he wasn’t on a show that Thanksgiving, as I desperately needed family and comfort in my fragile state. Being older and somewhat wiser now, I realize that a lot of the emotions and uncertainty I was feeling would dissipate with time, if I could only be patient. But being the passionate and dramatic person I am (I totally get that from my Dad by the way), I couldn’t see that fact through the fog of my own depression. I was contemplating my life. Everything I had given up to become a ballet dancer – all the hours I had put in, the sweat and the pain— the result was such a disappointment to me that I felt as though all my efforts had been for nothing. I was lost over who I was and what I should be. Until my Dad showed up.

Dad’s visit helped me to feel a bit better and a bit more secure with myself. He did so many simple little things that added up to so much in easing my state of mind. He helped me fix things around my apartment, checked the oil in my car and made me feel safe and taken care of again. It was comforting. After his visit, I knew I could make it at least through the holidays, and through Nutcracker season. As he drove away down my street, I could feel my mental fog lift slightly.

As he made his way back across Texas, my dad had plenty of time to think about both the state of my performing career as well his own. If he wasn’t going to continue working in the entertainment business, what was he going to do? Show business had been his life. And after nearly 50 years in the biz, how could he change careers now?

It was almost as if we were both simultaneously going through the same feelings of insecurity and uncertainty over our careers. Father and daughter together in the same kind of haze, but at different ends of the career spectrum. And almost like a metaphor manifested into life, as he crossed the border into New Mexico my dad suddenly found himself caught in a severe snow storm. He tried his best to continue on the road, but his visibility quickly dissipated to a blanket of complete whiteness. He had no idea where exactly he was, and he couldn’t see where he was going. He managed to pull himself off to the side of the road, but what was he to do next? Wait out the storm? He wasn’t sure what he could possibly do to get out of the scary situation and everything seemed hopeless.

But then a ray of hope came shining through, or rather, a semi-truck came along and pulled along side my dad. The truck driver offered to guide my father through the storm. The big truck would serve as a kind of snow plow – As long as my dad followed closely, the truck could clear a path and guide him through the storm. So that’s what he did. My dad made it through the storm and got home safely thanks to the stranger in the semi-truck who blazed the trail for him to follow. I am so thankful to that truck driver, a good Samaritan who I suppose I’ll never meet.

In a way, my dad has been my own personal semi-truck driver. That is to say, he has been my trail-blazer and guide throughout my life. He has helped me navigate the world of being a performer and he showed me the way to be strong and believe in my craft even in the face of inevitable negativity. He guided me through the storm of my own career and showed me that, with a little help, I could get through the fog and come out the other side a stronger, happier and a better artist to boot. His help was completely invaluable to my career and my happiness!

People often tell me that I take after my dad. Sometimes this is intended as an insult, as we are both hot tempered, overly passionate and yes, a tad bit egotistical. But mostly, I take it as a compliment, because it’s a true honor to be compared to my father. Not only does my father continue to inspire me as an artist, but he also inspires me as a parent. I can only hope that I can be there for my future children, guide them through their own personal fogs and snow storms, just as my dad did for me. I am and always have been just like my father. The bad qualities and the good, I seem to have them all. But when it comes down to the things that matter, in work, in art and in life, who could ask for anything more?