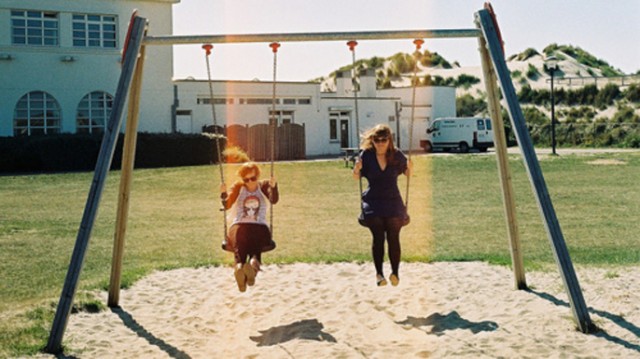 A Partnership Is Two Equals

Last year I spent an afternoon with a support group for women in a village in northern Bangladesh. Pinned to the brick wall of the meeting room was a poster showing a cartoon woman with eight flaying arms and forty busy, working fingers. I asked the group to explain the poster to me and they said it represented the role of a wife – a woman who gets up at five o’clock in the morning to feed her baby and prepare her husband’s breakfast; who spends her day sweeping and mopping her family’s home and washing and mending their clothes by hand; who collects water from the pump and cleans out the cow’s shed; who prepares and serves her family’s food; who tends to the needs of her elderly parents-in-law; who sings her children to sleep and satisfies her husband’s desires.

I suspect there are a lot of women in the world who feel they need eight arms to do everything that is expected of them. In the West we throw a slightly different set of juggling balls into the air. While in rural Bangladesh women spend their day doing a myriad of household chores and caring for their often very extended families, in the West many of us have careers alongside our roles as wives, girlfriends and mothers. The difference is, most of us aren’t punished if our husbands or boyfriends aren’t happy with our day’s work.

The women I met in Bangladesh had a different story. Despite toiling for 18 hours a day to keep their homes spotless and their families fed and healthy, many of their husbands called them “lazy” and “useless”. One woman told me her husband called her “inadequate” and beat her almost every day – with a stick or his belt, or sometimes with his bare hands. As she said this, the whole room erupted in cries of agreement, as women around the little brick hall raised their hands and voices to share their own similar stories.

You may be wondering why I have begun a blog about being the best partner you can be with a story about domestic violence in Bangladesh. The reason is that while these women told me how desperately hard they try to be good wives – the best they could possibly be – there is no way in the world you could describe them as their husband’s ‘partners’. A partnership is two equal people who respect one another and work together. These women were forced into a role of subservience, where they were made to feel they were not good enough.

It seems an odd distinction to make – wordplay perhaps – but somehow the word ’partner’ feels very different to me than ‘wife’ or ‘girlfriend’.  I suppose we started using it because these days many people in committed relationships choose not to marry, but feel the term boyfriend or girlfriend doesn’t reflect the seriousness of their relationship. Or because the word partner is ungendered, so doesn’t assume that everyone is heterosexual. But I like it – because of the assumption of equality. It implies two people of equal standing – two people who help and support each other. And for me, this mutual respect and support is what makes being in a relationship the coolest and most empowering thing in the world.

I have not always liked the word partner. To the younger me, girlfriend sounded cute and wife sounded grown up and important. Partner sounded vague, almost clinical. But since I met Geoffrey (the man I love), it feels full to bursting with meaning. Now it reminds me of my nursery school teacher telling me to choose a partner to play with, and subsequently skipping through the playground with her – my first ever friend – our tiny hands clasped together, swinging at our sides. It’s a joyful memory – of feeling proud I had made a friend and braver because I wasn’t alone in the playground anymore.

At 28, I don’t pretend to know how a woman can be the best partner she could ever be. I’m not sure I’ll know even when I’m 68. But what I do know is that being a good partner, or wife, or girlfriend or whatever you want to call it, is not something you can learn. And it is not something that some people are good at and others aren’t. It comes out of being in a relationship in which you feel safe and equal, supported and respected. Just for being you.

Everybody is special. There’s no reason why just because you don’t have your name above the
title of something, it doesn’t mean that you aren’t an incredibly interesting person.