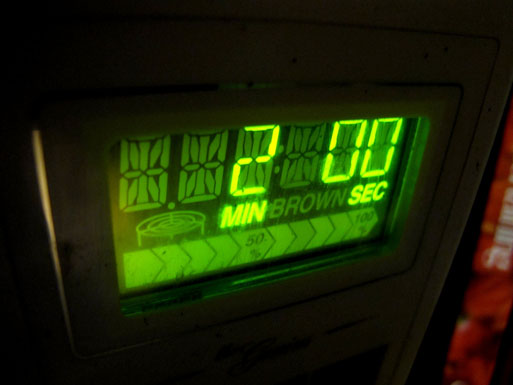 A Tribute To My Father In Under Two Minutes

All my life my dad has used certain trademark phrases I’ve come to expect from him. When discussing travel plans of any kind he will ask, “What time are you leaving?” If confiding in him about a new relationship, he will question whether it is “hot and heavy”. While complaining about a friend’s insensitivity, he will affirm, “That’s not right.” Anything, from opening a can of tuna to driving the shortest distance is met with a “be careful”.

A jokester, he’s smiled slyly at me and whispered, “She wants me,” towards many female passersby. Last year I lectured him about the danger of a diet latent with high-fructose syrup. His response was, “That’s fruc-ed up.” To this day, he refers to “milk” as “klim” and “fish” as “fis”. No one is sure why, but it never fails to make me smile.

Then there are the things parents say that aren’t funny at all like, “We’re separating.”

Shortly after I turned seven, my parents sat me down in the den of what would become solely my mother’s apartment and broke the news. Maybe I’d somehow expected it, or perhaps I was just in shock — either way, both my mother and father looked at me perplexedly when I nodded and asked if I could go back to watching The Facts of Life.

Back then the TV was my refuge from my parents’ dissolving relationship. It started my mornings off so reliably during those years of discord; at 7am on weekdays my father and I watched VH1 music videos and ate toast and eggs. In between bites I snuck glances at his shiny work shoes, wondering when I’d be old enough to carry a briefcase and wear fragrances, like the Old Spice cologne he dabbed on his neck. I understood only that “the office” was a place he went every day and returned from eleven hours later, exhausted, his face oily from the day’s accomplishments.

After my father moved out I was dropped off every other Friday at his new place, where I reveled in the microwave oven I had been nagging my mom to buy. While meals at my mother’s were nutritious, at my dad’s I indulged in all that I wasn’t normally allowed: Frosted Flakes, bottles of Snapple and Weaver’s star and balloon-shaped nuggets that burned my mouth – my impatience to eat trumping common knowledge to let them cool.

During my time with him we never talked about what was really going on — that the family I’d known for my entire life was done too quickly, like the meals I so eagerly cooked on high in his microwave. Instead weekends were spent going to Broadway plays, an occasional trip out to Florida to visit my grandmother or renting movies. On quiet Sundays I voluntarily mopped his kitchen floors and scoured the toilets, but such domestic harmony was bound to end I assumed, based on my parents’ marriage and it did — around the time I turned fourteen.

Begrudgingly, I moved in to my dad’s apartment every summer during high school. I no longer swept his floors or played Monopoly games he let me win. Eager to act the adult I thought I was, I found jobs at an upscale drugstore selling expensive make-up to tourists or filing papers in a small office. Our mornings and evenings were separate – I sought out the company of friends. We became strangers who preferred not knowing what the other one was hiding. He ignored my late nights out and I, in turn, turned a blind eye to his private conversations behind closed doors and the women that called early in the morning, when I awoke dry-mouthed and aching from the previous night’s Zima’s.

Still, despite this rift, he volunteered to take me on college visits. One August we went on a three-day New England liberal arts school tour during which I subjected him to the drum beats and wailings of Phish. He said little in the way of complaining, though somewhere along I-95 he started telling me about his own earlier life as a soldier in the Korean War, his brief stint as a stand-up comedian and being a counter boy at his dad’s luncheonette in the South Bronx. Around the New Hampshire border I realized that the man driving me around was so much more than a father, a word that driveled off my tongue with disdain back then. He was born during the Depression, ran an army newspaper and then his own business and supported my mother and me. While listening to his stories I came to see his generosity as clearly as his trademark phrases and the awe I’d had for him at a younger age began to return. At the end of our trip, when we talked about which school I’d apply to, he said, “I’m proud of you.” It may not be the most original sentence he’d ever uttered to me, but it was certainly the most powerful.

Nearly twenty years have passed since the days when I used to subject my father to jam bands and National Lampoon movies. Since then, I have finished two degrees, held a number of office jobs, fallen in love and moved into a few of my own apartments — the last one of which has a microwave.

My father has since retired, lost two brothers to cancer and his mother to pneumonia and undergone knee and heart surgeries. He refers to the thick slabs of skin that hang from his neck as his “jowls” and brown age spots have begun to pepper his hands and arms. His new favorite phrase is, “You’ll miss me when I’m gone.”

Recently, I went to visit him at his apartment. After the usual catch-up conversation, speckled with a few good-humored jabs thrown my way or his, we turned ourselves over to the television, which I still watch, but not with the same fervor of my childhood.

When it began to get dark I asked my father if he was hungry. He nodded and said first, “I picked up some chicken nuggets for you. They’re in the freezer if you want to throw them in the microwave.” And then: “Be careful.”

So I smiled, comforted in the static nature of our dad-daughter relationship turned friendship and went to the kitchen to make dinner just like I used to — in under two minutes.

Jessica Schein is a full-time freelance writer, young adult novelist and essayist whose work has appeared on Salon and The Bygone Bureau. When not writing she can be found endlessly surfing the Internet, practicing yoga, quoting Seinfeld, training for a half-marathon or blogging. Oh, and she really likes Twitter, too.
comments (0)