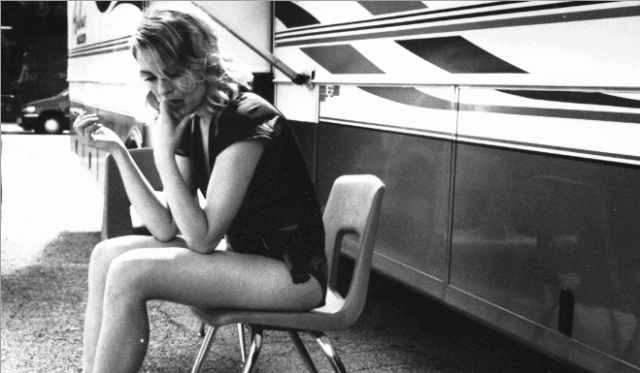 A Young Woman’s Fear of Falling in Love

Being a young woman on the cusp of life, I’m often faced with many decisions regarding the direction I want my life to take. A successful career and financial stability has always been an ultimate goal for me as an independent woman, but as I travel through the steps to reaching my goal, I am continuously confronted with the question of how love is going to fit into that equation.

Growing up, I had a mother who worked a part-time job to help support the family, but I was constantly reminded of her failed choices in love and career. She continuously reinforced the idea of placing my personal career goals above the conception of falling in love, so as to prevent me from ending up like her. As I grew and matured, I became self-aware of placing my goals above all else. I became hyper-vigilant of the effects of love on young women. All around me I was seeing young women my age falling in love and forgetting themselves in the presence of the possibility of attaining the ‘happily ever after’.

The allure of love seemed to have rendered them subjective to its whims and fancies. Often I saw friends giving up their educations to move across the country in order to be with their significant other. This shift in the goal of becoming a strong, independent woman could almost be seen over night. Seeing women give up who they are and what they want for someone else brought immense fear to the idea of finding myself one day in the presence of love.

I found myself avoiding the constraints and commitments of serious relationships in order to secure my own freedom of identity. Would I become another fatality of love? Would I forget everything I had worked so hard for and begin placing myself, and my needs, behind the needs and goals of another just so I could be loved? Seeing these fears manifest through the relationships I formed in my life, I began to wonder if a woman could truly have it all. As women, must we choose between career and love – or will we always become causalities of love? Have we truly come so far as to believe we are an independent gender? Aren’t the affections and desires of men an ever-present reality lying at the base of our many motivations?

From a young age, we are lead to believe that beauty, in the eyes of men, should be valued above personal intelligence. Has the media of the 21st century destroyed the works of feminist movements? Can women exist without needing the love of men to feel validation for the existence of their lives? Being in my twenties, these are all questions I am struggling to answer, and I think all young women should become aware of. My fear of love may be an unhealthy reaction to the world around me, but maybe women should begin to fear or question love, instead of search for it.

Kelsey Meyer is a college student in her mid-twenties living in Middle America. Growing up she was an inquisitive child and this nature has served to be an ever- present source of inspiration and motivation to question the world around her. Some of her ultimate goals in life are to raise awareness of domestic abuse as well as sexual abuse and women’s issues.

More From Kelsey Meyer view all