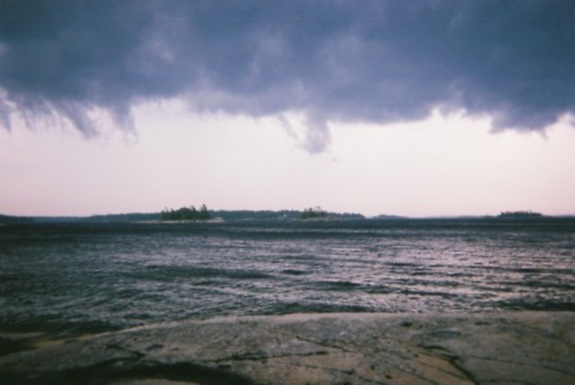 Family Affairs: Notes From a Daughter

There had, I suppose, always been secrets: photos of strangers tucked between packages of pantyhose, riddled notes next to names and places in defunct datebooks, cryptic, careful voicemails never left on the landline. The other figures in my parents’ marriage only ever existed as such: hints of faceless people and of their increasingly separate lives. Lives that did not include me.

I cannot say if I was suspicious by nature but I quickly became so. The kind of ten-year-old with a zealous dedication to knowing “the truth,” as a means of survival. The sort of child who rifled through top drawers and discarded datebooks and voice mails because, ignorance made you vulnerable and gullibility, worse, made you a fool. If my family was going to fall apart I would not be taken by surprise.

But my relationship to the infidelities of my parents was principally a flirtation. A bowlegged balancing-act of gathering clues and building narratives all with one hand over my eyes. Because, the one thing I wanted more than to know was to not know, to be proven wrong: to discover that my parents did, in fact love one another. However, as often is the case with our precious fallacies, the leaps in logic became harder, and eventually impossible to clear.

My mother was vilified most in my narratives. Perhaps because she was gone more, working in distant locations. Perhaps because she was sloppier: caught in innocuous lies about smoking cigarettes and whispered phone calls. Perhaps it was because she was more sentimental, less, as I later learned, like my father, able to discard the relics of a tryst in the metallic trash receptacles at LAX before flying home. But I believe I caught my mom because I tried harder, because knowing about both of them would have been too much.

I kept silent about what I knew as I grew up, as my parents separated and eventually divorced (without ever openly addressing the infidelities). I learned to be satisfied with the half-lit picture I had stolen in snippets and pieced together. I felt I knew enough. I learned not to prod and poke for details because after all, I had been hurt and I had been fooled; the details had not protected me.

I don’t remember the first time we addressed the affairs. It wasn’t something that spilled out over one meal, it was an ongoing dialogue that my mother and I began, and with it we began to repair our trust. I came to realize, as I grew up, moved away from home and graduated college that the betrayal I felt was personal; I felt in a way that I had been cheated on, that I had been lied to and excluded from this part of her life. We have now moved into a place of honesty, and I now know that my child detective work was only a small part of the picture. I have also spoken to my father about his own infidelities. Not only do I understand why this came about for both of them but I think I understand the profound loneliness they were both feeling in the marriage that lead them to search outside. What once felt like betrayal has grown into understanding.

One of the challenges in my own relationships is learning from my parents while simultaneously not allowing their history color my outlook on love. I am happy now to see my them pursue other, more fruitful relationships and I know that the anxiety and unhappiness wasn’t a product of the cheating itself, but, of the denial of an obvious truth: they were not in love. Had my parents been more honest with themselves (and with me), there still would have been pain but less prolonged suffering. And this is what I have taken from my parents’ marriage: partnership is supposed to be productive, joyful and beneficial; unhappy union negates the point. There is no failed partnership, only ever a failure to acknowledge when it is time to part.

Maggie Murphy is a Sarah Lawrence College grad and Brooklyn resident, currently completing a Fulbright grant in Argentina.  When not doing menial labor in exchange for green paper she is usually making podcasts, toast or plans to live on a farm and scribbling it all down on her blog, (which, yes, you should probably visit immediately.)

More From Maggie Murphy view all

I wanted to put out a book of stories that showed you can mess up, you can do crazy things,
and still come out okay.