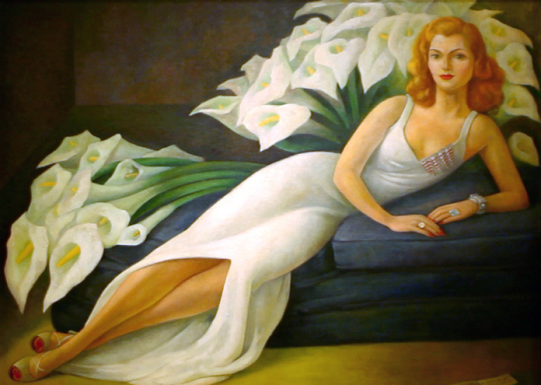 Feminists (particularly young ones) tend to get a bad rep in the dating world– and by “tend” I mean always. I don’t know if it’s the word itself that men find intimidating, or our beliefs, but my self-identification has only brought grief and awkward encounters when it comes to relationships.

Whenever I tell anyone of the male sex that I am a feminist, the range of responses varies from the downcast “Aw, man!” to the condescending “So you’re a man-hater, right?” to the ever so shocked “They still exist?” It has become a detail that I like to shove at the end of encounters (if at all possible), as if it’s an afterthought; “Well, I’ll see you next Saturday then! Oh, and I’m a feminist– bye!”

Yes, I’m a bit ashamed that I don’t move this quality to the forefront of conversations where it belongs, but I’ve learned from experience that it just isn’t a redeeming factor. And why? Is it because we actually like to pay for ourselves during dates? If anything, men should be thrilled –  more money in their pockets and less doubt that we are just using them as a sugar daddy.

And there are more perks to feminists; they have just been kept dirty little secrets. Most are very sexually aware and knowledgeable of their body, so that the bedroom is a huge wow factor. Furthermore, equality in the relationship is highly prized and respected, which produces more satisfaction between couples. People tend to associate feminists with control freaks, and maneaters, but we are sorely misunderstood. And although I am speaking from my own perspective as a feminist, I believe that I can speak for all of them to say that we just want to receive the same amount of respect that we are giving. That’s all we ask – truly.

What I really want the men (and women) out there to realize, however, is that feminists have got it right. Yes, I realize that women’s suffrage is over. But just because we can now vote and have higher jobs in the workplace does not mean that feminism is no longer needed. What is more, guys seem so confused that because I’m a feminist, I shave my legs, wear a bra and still dress feminine. Sure, I enjoy the occasional pantsuit, but only when necessary. Seriously, men’s images of feminists are so off the radar, I don’t even know where they get them from. Also, I would just like to set the record straight and say that the burning bra legend is complete crock; it never happened! It originated from the 1968 protest of the Miss America pageant, when women threw bras, girdles and other constricting articles of clothing into trashcans as an act of defiance.

Secondly, why is the automatic assumption about feminists is that we want do exterminate all men until we have some sort of female-supremacist utopia? WE LOVE MEN. We do not want them to die – we need love too! All we ask is for men to take a step up and learn to embrace feminism enough, so that our beliefs don’t intimidate you to the point of bailing on a potentially good thing. This doesn’t mean that we want you to go in with an apron and bake us muffins (though that would be nice), we just want to know that we are respected and not just seen as a sex object. I especially want my value for independence to be revered, not scorned at. Is that too much to ask?

For once I would like a guy to say to me, “That’s awesome you’re a feminist– good for you.” Well, perhaps not word for word that, but at least some version of that would be a nice relief. I want to destroy all the negative connotations to do with feminists, not only to reveal the truth about us, but for the sake of my dating life.

Lisa Huynh is a feminist and recent college graduate. She spends her days critically analyzing couples and applying to jobs outside of North Carolina. She also likes to defy every Asian stereotype but the bad driver one. You can follow her on Twitter at @lisahuynh12.

Painting by Diego Rivera; Image via mandymoran27 on Flickr

You have to find your own happiness, your own meaning, and your own security within
yourself.