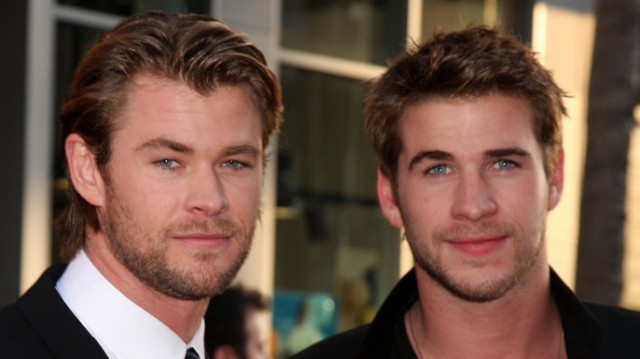 How To Accidentally Date A Hipster

Just over a year and a half ago, I moved to the US from Australia. Dating in Australia was quite straight forward: you met a guy through a friend or work, you would get to know them in a non-threatening group situation, have a few drinks, make out, do the same thing another night… by the time you were sitting across from them at dinner, you were boyfriend and girlfriend. Or well on your way. To us, the act of eating food with someone is more intimate than anything else. Australian guys are pretty straight up: they ask you out, and you know you’re the only one they’re seeing. It’s simple. Or at least that’s how it was for me.

While the emergence of hipsters have confused things a little, for the most part, Australian guys are rugged manly men, and the Hemsworth brothers are the perfect representation. The kind who can fix your sink, kill a spider, and like… do things with their hands. But here in LA? Well, things are a little more confusing for me.

I met Frank* at a friend’s party shortly after moving. He was super fun, enjoyed doing the robot on the dance floor as much as I did, and together, we held pretend microphones and vamped to Lady Gaga. His jeans were skinnier than mine, he had great style, and judging by the straightness of his hair, he definitely knew how to wield a GHD.

“You’re great!” I said, excited to find a potential gay bestie in LA. “We should go out!”

“Ooooh I would love that!” cooed Frank. “Here’s my number.”

The next week I had a plus one for a movie screening, so I texted Frank to see if he’d like to be my date. I also suggested that we should grab dinner beforehand. We had a great time, and I felt comfortable with him. So, I told him all about my crazy dates, insecurities, the funny things about Los Angeles that I had begun to notice. He smiled warmly and nodded and laughed at my stories, especially the one about the awkward conversation I had while getting a bikini wax.

“You are wonderful!” I said, as I touched his arm affectionately. “We need to do this again!”

Afterwards, I raved about him to a mutual friend, Kim*. “I know,” agreed Kim. “He’s fabulous! We should all try and get tickets to see Kylie Minogue!”

“Great idea! I’ll suggest it when I see him next!”

A few days later I was sitting with Frank at another dinner. At the same time, Kim was at dinner with her boyfriend, (who was also Frank’s friend) Brent*.

“Frank? Hell no! No! Definitely not! Hang on… is that what Alicia thinks?”

In a panic, Kim grabbed her phone to text me, and feeling the vibration in my handbag I smiled at Frank and casually looked down to see who had messaged me.

In capital letters, this was what I saw: HE’S… NOT… GAY!

With a gasp I looked up at Frank, and images of our time together over the past few weeks flashed before my eyes. The touches on his arm. The long hugs. The asking him out. The telling him he’s wonderful. The complete dropping of my guard. Talking about Brazilian waxes! What was I thinking? No wonder he thought I was interested!

Though, while staring at him, I could see that yeah, he was kind of cute. I mean, I might have to hire someone to fix my sink if it ever broke. And I’d have to trap that spider and set it free outside myself. But, could he be a potential boyfriend? Could he teach me how to properly use my hair straightener? Would we go shopping together? Maybe he could help me find a ‘look.’ You’re supposed to have one of those, right? That would be fun!

“Why… are you looking at me strange?” Frank said, breaking into my sartorial fantasies.

Unfortunately Frank didn’t react too well to the idea that I had accidentally dated him, and he promptly stormed out of the restaurant.

Okay, so lesson learned. When dating in LA, don’t judge a book by its skinny jeans.

*Names changed to protect the innocent and so I don’t get into trouble.

Alicia Malone is a movie geek, TV host, entertainment reporter, writer and spectacular robot dancer. Born in Australia, Alicia moved to Los Angeles in early 2011 to work as a freelance film reporter for Australian television, radio, magazines and online. Over her years in Australia and Hollywood, Alicia has interviewed hundreds of celebrities, and hugged a fair few. Mainly men. You can’t blame a girl for trying. Follow Alicia’s adventures on her movie blog or on Twitter @aliciamalone.

More From Alicia Malone view all

My friends have held me together, allowed me to fall apart when I need to, and have provided a kind of freedom to be who I am.