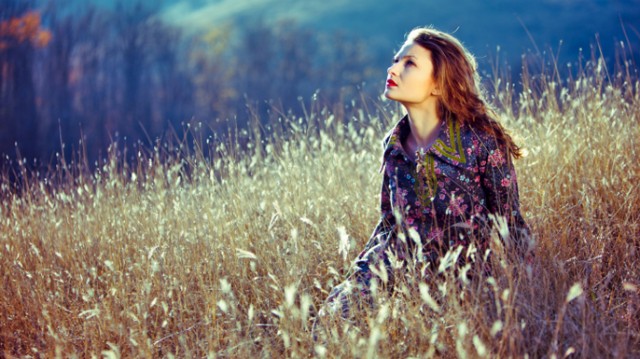 There’s not a woman alive who this hasn’t happened to. Regardless of looks, personality, career path, success level, place in life, none of us are immune. And if it hasn’t happened to you yet, you can rest assured…it will. What is this phenomenon I speak of?
The vanishing act.

You’re dating someone new (or you’ve maybe even been dating someone for awhile), and things seem to be going well and progressing nicely when suddenly your love interest starts to pull back a little. Then a lot. Then, before you know it, you look up and he’s gone. Disappeared into the night with the stealth of Sherlock Holmes. No phone call, no explanation- not even a Post-It.

A lot of “experts” will tell you that you could be to blame for a man disappearing on you; you were too needy, too clingy, gave too much too soon– but I’m here to tell you that there are instances when a man disappears for the simple reason that he’s too weak or afraid to tell you that he doesn’t want to pursue the relationship further. Of course neediness and clinginess and giving too much too soon can certainly be factors in the demise of a relationship. However, don’t get caught up in blaming yourself, because at least as often as not, a man vanishes due to his own shortcomings rather than yours.

Here’s the bad news: once a man pulls the vanishing act, he rarely ever reappears. In fact, I’m convinced there’s a remote tropical island somewhere that houses all of our ex-Houdinis. I like to call it “The Island of Misfit Boys.”

But here’s the good news: 1) There are red flags you can look for that will alert you to the fact that you’re dating a Houdini, and 2) There are ways to respond to the vanishing act to ensure that just because your Houdini vanishes, he doesn’t take your dignity with him.

First, let’s look at the warning signs that your Romeo might in fact be a Houdini:

A Houdini typically appears out of nowhere, showing up in your life with the intensity of a freight train or a storm, taking you by complete surprise. The downside of this is that his sudden and unexpected appearance in your life can often trick you into believing it’s fate or magic at work. But here’s what you’ve gotta remember: Houdinis will vanish from your life just as suddenly as they appear.

A Houdini moves at warp speed. Everything about the relationship will feel rushed, from the first time he calls you “baby” to the first time he meets your parents to the first time- and probably last time- he vanishes from your life. As a woman it can be flattering to have a guy who seems so intensely INTO us that he can’t wait to take the next big step; but as the old love song says, “Wise men say, only fools rush in.” Bottom line, most people simply don’t Khloe and Lamar their way into TRUE love. Love doesn’t rush. It takes its time. Infatuation rushes, and most often burns out.

There will come a very obvious and defining moment in the relationship when a Houdini will start to back away. His calls and texts will dwindle. He’ll grow increasingly distant. His sweet lovey-dovey tone will change to more matter of fact and unattached. You’ll noticeably feel the currents shift. When this happens, ladies, the vanishing act is imminent and there’s honestly not much you can do about it. Men who pull the vanishing act typically aren’t mature enough to realize that a simple conversation respectfully ending the relationship is a MUCH kinder, gentler way to make their grand exit than simply dropping off the face of the earth. Or they DO realize it but they just don’t care. Never is a person’s character more evident than at the end of a relationship- and the bottom line is, if he’s the kind of guy who feels okay about just disappearing from your life, you’ve gotta be the kind of woman who loves herself and respects herself (even if he doesn’t) enough to let him stay gone.

Here’s the really ironic thing about the vanishing act that most men don’t realize. At least a decent percentage of the time that a man’s not feeling us, we’re not feeling him either. We ladies are highly intuitive and gut-driven, and we know when a connection is off with a man. So most of the time, the vanishing act isn’t even necessary, because it’s not like we’re going to go chasing after a man we don’t really want, anyway.

For women, the vanishing act isn’t painful because we’re gauging our eyes out or weeping and wailing and gnashing our teeth that a man doesn’t want to be with us; it’s painful because we don’t like being treated as though we are disposable. Frankly, we deserve better. I don’t know about you, but when I close a chapter of my life, no matter how short, I like to do it with respect and dignity. I feel like both myself and the other person is worthy of a better ending than a text message or a vanishing act. However, when that better ending is not available to me, I like to deploy what I call “The Graceful Exit.”

She makes a solid effort to reach her Houdini in a calm, rational, classy manner and ask for a few moments of his time, either by phone or in person, whenever possible. Why? Because frankly, I think the “He’s Just Not That Into You” culture has given men too much of a pass. We’re allowing men to simply vanish from our lives with zero explanation or accountability, shrugging it off as “Well, he’s just not that into me.” NO. This is not okay.

If a man has been actively pursuing and wooing and doing everything in his power to stir your affections for him for a week or a month or even a DAY…he owes it to you to tell you in a direct and upfront manner when that pursuit is coming to an end. If a friend just disappeared from your life without explanation, you wouldn’t just let it slide, would you? So why are we so quick to do it with a man?

She realizes that once she has done all she can do to give the Houdini a chance to explain himself, and he’s still hedging… the only thing she can do is let it go. The thing is, most of the time a Houdini is a well-oiled machine. He has a “love ‘em and leave ‘em” operation that he’s been running since LONG before he made you his latest target, and “Explain yourself to the girl you just bamboozled” isn’t typically on his to-do list. So if you make contact in an effort to gain clarity and closure and he responds with excuses and evasiveness and shadiness, do yourself a favor and LET HIM GO. You have done your part. You have been every inch a lady, and you’re far too dignified to keep wasting time trying to teach him to be a gentleman.

When all is said and done, a Houdini actually does you a MONUMENTAL favor by disappearing from your life before you could get any further caught up in his not-so-magic tricks. Houdinis aren’t always bad guys- they just haven’t reached a level of maturity that allows them to see that any boy can woo and pursue a new girl every two weeks, but it takes a real man to dedicate himself to just one woman.

After all, the most magical thing about love is that it doesn’t take tricks and pizazz and abracadabra to win a woman’s heart. All it takes is a man who realizes that the catch is even better than the chase.