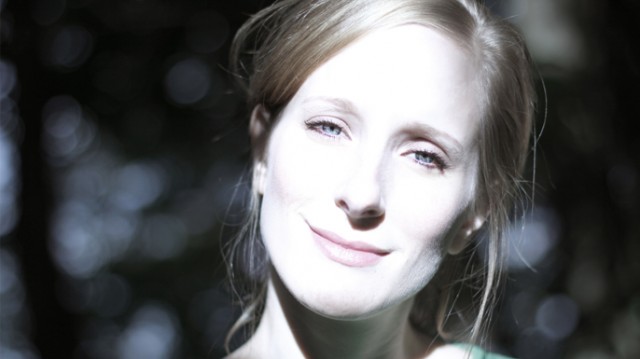 We at The Conversation have created a special reader-based project called “I Admire.” We asked our audience to photograph a woman in their lives they admire, and share a short story about that person. Our goal is to highlight and feature all the women in the world that make a difference on a daily basis.

No one makes me laugh like my best friend Melissa. She’s funny enough to be on SNL with a wide variety of classic characters she can pull out on a dime. The funniest thing is, you’d never guess by looking at her or by seeing her perform on stage. She’s a graceful beauty with a lot of class- and a penchant for dive bars; a real walking contradiction.

The moment I knew we would be friends for life was on our first road trip- 16 hours straight of girl talk, singing every lyric to the Milli Vanilli album, and a rigorous game of punch buggy. It was the first of many and these escapes became my salvation during some of the darkest times in my life.

We once spotted a new Volkswagen Beatle painted in bright yellow and covered in happy faces I don’t remember who called punch buggy first, but there were definitely some bonus points given for the obnoxiousness of all those smiles. Over the next few months, we had both seen that same bug around town on multiple occasions, but never when we were together. We would just report the sightings to one another and vowed that the next time we saw that “happy bug” together, we would pull over and have an all out brawl, no matter the time or place. This was the type of ridiculousness we bonded over. (Don’t forget, we were two grown women- not teenage boys.)

About a year later we were on our way home from a late night show with a car full of friends, and there it was! The “happy bug” appeared and it was on! Neither of us skipped a beat. Before our passengers even knew what was happening, we were pulled over and out on the sidewalk, rolling around in our parkas, laughing our asses off. The on-lookers were totally confused but highly entertained, and not entirely surprised, as we had become well known among our friends for our unorthodox behavior.

What is the moral of this story you ask?

All of this to say that life can be dark and heavy, it can be profound and meaningful, but you MUST remember to have a light heart and the ability to laugh at yourself and be silly.

I admire my best friend Melissa for many things, but her ability to let go and get over herself is among the top. The gift of laughter that she has given me over the years is priceless.

If you’re laying in bed next to someone that really doesn’t make you feel like the goddess that
you are, you need to rediscover what it is you truly want and need.