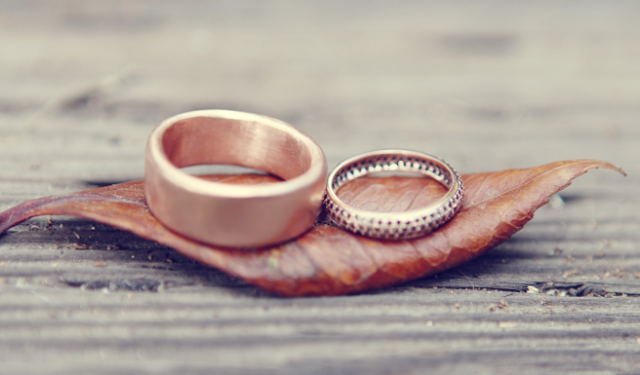 I Don’t Believe in Date Night

I don’t believe in date night.

It’s not that the idea of three hours of child-free, wine-fueled conversation in an overpriced restaurant with candlelight doesn’t sound lovely… it does. But the pressure that comes along with it – the notion that this three-hour, once in a blue moon pause is going to save or strengthen a marriage – is a hard pill for me to swallow.

I believe in everything that happens in between date nights.

I have been married to my husband Chris for almost eight years, but we’ve been together for 18. I am only 34, so you do the math. I’ve loved this man since we were kids. Ours is a relationship that our friends hold up as an example of happiness, equality, love, friendship… and most of the time, I understand why. And I can tell you, it’s not because of date nights.

It’s because of regular nights. When we put the kids to bed, turn on some music, pour some wine and eat by candlelight. It can be Monday, it can be meatloaf, we can be talking about the mortgage. But it’s always meaningful. And more importantly, it’s routine. We do it all the time.

It’s because we go to bed mad. I don’t believe that everything needs to resolve itself before we fall asleep; in fact, I tend to have a much more levelheaded reaction to most of our arguments after a good eight-hour sleep. And let’s be honest, there’s something incredibly fulfilling about turning to face the wall in a huff and not looking back.

It’s because we tweet. Let’s be honest – the persona you put out there on social media is often times the life of the party, just a little bit wittier and funnier than the one sitting on the couch at home. Why not invite your spouse to meet that side of you again?

It’s because we don’t keep secrets. Not our own, and not anyone else’s, either… at least from each other. I have found that discussing your girlfriends’ issues when it comes to marriage, infidelity and relationships with your partner can help the two of you gain more perspective – putting yourselves in someone else’s shoes to see how you would react makes it a lot more likely you won’t end up there.

It’s because of our record collection. Because we pull out our wedding song on the regular (Lyle Lovett’s ‘Nobody Knows Me’), we crank the hip hop songs that we danced to when we first met, we play the ’80s hits that defined moments in our respective lives – and then laugh about them.

It’s because we spend time apart…even when we’re together. We both work from home so while we are merely 10 feet apart all day, we spend most of that time not talking to each other. Except on Twitter.

It’s because, apparently, when we do talk to each other, it’s with respect. A friend was at our house for a BBQ recently and remarked on how kind we are when we talk to each other, even when I am asking him to take out the trash. She said she could see there was a mutual respect and kindness there in every little interaction. I gave her another glass of wine.

It’s because we try really, really hard not to fight in front of our kids. If we feel something brewing and consciously decide to discuss it later when the kids aren’t around, guess what? We usually never do. Things pass, emotions cool off and we are all better for it in the end.

Raluca from WhatWouldGwynethDo is a full-time mommy, blogger and career gal “striving for style in the land of sippy cups and see saws.” She writes about life as a multi-tasking mama to two who balances conference calls, cookie baking and a healthy handbag obsession without batting an eye…because it’s usually half closed from exhaustion. You can also follow her on Twitter @wwgwynethdo.

More From Raluca State view all

I identify as a feminist. I have so many feminist beliefs and then I’m so mean to myself about my body sometimes. The weight thing–I feel like it’s the last frontier of feminism.