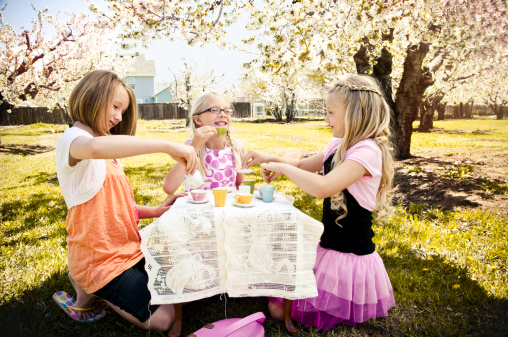 Kids Will Be Kids… If We Let Them

What do you think when you hear “child star”? If you are like me, your mind quickly runs through the names of the tragic childhood stars that we have grown up with: Lindsay Lohan, Corey Haim, Macaulay Culkin, Amanda Bynes… and those are simply the ones from my generation. I could spend all day listing off human beings that were robbed of their childhoods early on, only to become tragic adult figures because of it. Whether it is intense drug and alcohol habits, various other addictions, oversexualized behavior at a young age or, unfortunately, death- these kids that were not allowed to be kids are having a hard time growing up.

That’s not to say all former child stars grew up “wrong.” There are plenty of great examples of kids who acted, sang or modeled at a young age and are phenomenal examples of functionality in their adult age. Justin Timberlake, Candace Cameron Bure (I know it seems random, but she is incredible!) and Mary Kate and Ashley Olsen to name a few.

I am aware that these children, and even more so, their parents, are allowing themselves (and at times likely forcing them) into these careers that are a cesspool of addiction and insecurity. Of course it sounds wonderful to have a job on a television show, or on the set of a movie, or to be able to show off your vocal range before you have even hit puberty, but at the same time, if I think about the things I had to put up with as a “normal” child, I cannot even imagine life as a kid on an even grander scale.

The entertainment industry can be a rough and shady one, which comes as no surprise to anyone. There are adults who are supposed to care for the young children- agents, and producers, and basically anyone with a title- who allow, and in King’s experience, encourage, age inappropriate behavior. Sex, drugs and alcohol are not necessities in the business, yet they are extremely commonplace.

King discusses the oversexualized treatment of young, young girls in the modeling industry. Preteens or young teenagers wearing barely any clothing, their parents asked to leave the room just because those are “the rules,” not because anyone realizes that their child may be asked to do something, or wear something, or lay in a certain position that may make her uncomfortable. When girls are treated in such an adult fashion when they are so young, what becomes of them later in life?

I honestly believe that my childhood was cut shorter than it should be but, thanks to the universe always having my back, my personal experience was kind of the perfect storm of “growing up too soon” and having the greatest childhood ever.

My dad left our family when I was a very young child. The last time I saw him, still to this day, was when I was eight years old, and even that was a random guilty visit, I am sure. My mother worked three jobs to support her four children, and though she is the face of a strong woman, she made plenty of choices that were much more “early 20s” and much less “mommy.”

My mother lived out her youth while raising children and overworking, so the balance was never quite right. We ate crappy food, babysat each other, and were evicted from almost every home we lived in. I was not one of those kids who went to schools in the same district the whole time I was growing up; I don’t have people I have known since I was five years old in my life.

I cooked and cleaned at the age of eight years old, something that my mother simply expected me to do. I am seven years older than my youngest brother, and even though I cannot imagine leaving an eight year old with a baby, it happened often in my life. My little brother was more like my baby, one of the multiple reasons it took me so long to even consider having children of my own one day. I raised kids while I was a child.

I loved my early years, though. My memories are chock full of mimicking our favorite television show characters, eating blackberries we picked off our own bushes, staying outside until the sun set, chewing grape Bubble Yum while watching the kids across the way play Little League baseball and of course, letting Homer and Marge Simpson raise me. I loved my childhood, and I would not change it for pretty much anything. I never felt overwhelmed with adult responsibility, and luckily, the strong adult woman who sits before you now is entirely derived from that life.

My mother never let me complain about anything. She would constantly trump my minute irritations with her own personal experiences; she grew up fast, as well. Until this year, in fact, I always assumed my mother “had it worse” than I did. (Turns out, not true.)

Everyone expects so much from me in my life, my mother being the original pioneer of this mindset, and because I am a people pleaser and capable of taking on the world, I meet expectations (in fact, I often exceed them) on a daily basis. If I had been handed everything, I would not be half the woman I am today. I thank the world for giving it to me rough.

That being said, I do not believe it is an ideal lifestyle. I do not believe that children should raise their siblings, or that they should be responsible for making meals for their entire family. What I do believe, however, is that you will never, ever be dealt something that you cannot handle. There is nothing in the world that will fall into your lap that was not meant to be there. I get myself through the rough and tumbles of life by reminding myself that I can truly take on everything.

But, let us help each other and let kids be kids. They deserve it.