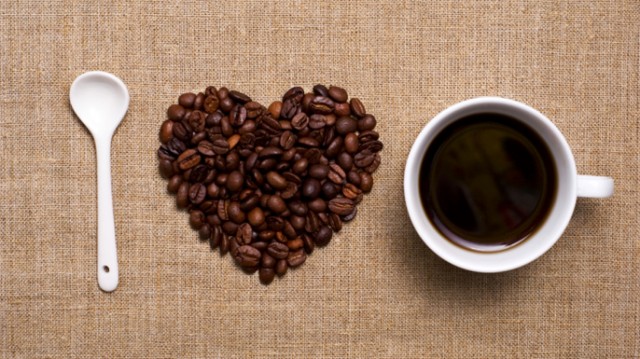 Love And Coffee: An Ever-Evolving Relationship

“Uncompromising purpose and the search for eternal truth have an unquestionable sex appeal for the young and high-minded; but when a person loses the ability to take pleasure in the mundane – in the cigarette on the stoop or the gingersnap in the bath – she has probably put herself in unnecessary danger” (128). -Amor Towles, Rules of Civility

Coffee. Lee always called it a nice cup of coffee. For her, the drink didn’t really exist without the qualifiers. Coffee is clinical. A nice cup of coffee sets a scene. Born in 1919 to Neapolitan immigrants, Lee was a self-professed sweater girl who spent much of her life waiting tables at a place called the Snack Shop in small town New England. (For those who don’t know, a sweater girl boasts a figure that looks great in a sweater. I always imagined said sweater to be, specifically, a cardigan worn, even more specifically, in the style of the 1940s or ‘50s.)

You may remember the episode of Aaron Spelling’s original 90210 in which Brenda had to cover her brother Brandon’s shift at the Peach Pit. At first, she did so begrudgingly. I mean, who wants to be waiting tables when they could be following Dylan McKay on a surfing excursion to Baja, am I right? Eventually, though, when Brenda realized that her self-generated frustration at the situation was doing nothing but making her miserable, she had an inspired change of heart and transformed before our eyes into a sassy, gum-smacking, hairnet-wearing queen of greasy spoon culture. Brenda’s metamorphosis was enough to make any young girl dream of wearing knee-length industrial polyester and scrawling burger orders on the pages of a mini notebook tucked expertly into an adorable apron. (Years later, I’d end up doing this exact thing for work. Though I served burgers and wore an apron, there were no vintage roller-skates or cute, old timey nicknames involved, and I had to type orders into a computer rather than shouting them out to an avuncular cook named Nat. Bo-ring.) But in Lee’s case – as in Brenda’s – there were cigar-smoking regulars with names like Jimmy Dogs, coffee breaks out back with the girls, and a rich diner culture in which the spirited waitress – caf in one hand, decaf in the other – reigned supreme.

Scrape away the patina of this postwar fantasy and fast-forward to Lee’s later years, when she was more my grandmother than one of the girls at the Snack Shop. What remained was the coffee. Making it, drinking it, serving it, sharing it, going out to get it, you name it. Sometimes what she meant by nice cup of coffee was an actual cup of coffee. Other times, she meant that she wanted to sit and talk, her cigarette dangling between her elegant fingers with their long, burgundy nails. The cigarette, like the coffee, was never the event. It would gather an epically long stem of ash before being tapped gently on the rim of the ashtray, a simple prop supporting a moment of repose. A reason to take a break; the active nom de plume of more passive pursuits like connecting with a friend, reading the paper, or daydreaming – pursuits that may not have been as welcome in midcentury pull-yourself-up-by-the-bootstraps immigrant culture. And with the years, the drink may have changed, but its unique ability to sustain moments of connection and reflection – arguably the endangered species of our techno-saturated, lightning speed culture – has endured.

Coffee. A diner. A booth. A game. A boy fumbles with a porcelain saucer of individually wrapped creamers. His dad waits patiently and his sister wishes it were her turn to pour. The white swirls and curls into the brown and becomes tan and looks enticing like ice cream and is all the more tempting because it’s not for kids.

Coffee. An elementary school. A second grade classroom. The teacher bends down to survey the young student’s cursive. Her words of approval billow forth on waves of java breath. It’s the same breath the child’s mom had when they walked to the bus stop hours earlier. The warm, comforting breath of adults on winter mornings when the air is bitter cold and the coffee is piping hot and the day is still pure with possibility.

Coffee. Prep school. A junior. A liberation. What began as a bitter substitute for speed, a fuel she choked down in the name of heroic nights authoring lengthy term papers, has become her ticket out. A free period after A.P. Bio? Let’s drive down to Dunkin’ Donuts and order large hazelnut coffees with skim milk and 2 Equals and listen to Radiohead. It’s her G-rated rebellion. Her way of sticking it to the man. And so she does it, because she can.

Do you want to meet for coffee? There’s the supercharged coffee at the beginning of a relationship when what you really wanted to say was dinner and drinks and, most of all, bed, but it felt too soon for that and so you said coffee. Later, there’s the coffee that punctuates the affair. As you approach the coffee shop, your heart falls through your stomach and onto the sidewalk, leaving you hollow by the time you get there. But at least the setting is casual. Familiar. No touching or raised voices or broken dishes here. After all, it’s just coffee. And when it’s not shepherding a relationship’s rise or fall, it has the rare power to stop time. You order. You sip. You sit with a friend. Four hours later, you’re both staring out the window, wondering where the day went. You’ve tried meditation but have never been able to stick with it. Except that you have. That’s what this is.

Starbucks or 76? Die hard Dunkin’ east coaster or SoCal Coffee Beaner? Double tall extra hot half-caf 2% salted caramel three-pump mocha or elegant espresso with a lemon twist? Does it make you superhuman or riddle you with anxiety? Or, best of all, do you embody that elusive European romanticism which sublimates caffeine-related fluctuations of the nervous system and gives you the general aura of a clove-smoking existentialist? I once dated a guy who didn’t drink coffee; he brandished this fact with the rusty, cobwebbed pride of a landline user. He superseded the coffee date and could stay awake of his own accord. His refusal to participate was smug. Distancing. Not that you have to drink the stuff. Maybe you’re on an alkaline diet or pregnant or have ulcers or prefer tea. That’s your prerogative. I’m not the boss of you. But as we move forward with ever increasing speed, it might behoove us to say yes to the nice cup of coffee every once in awhile. To the moment. Because, beverages aside, there’s poetry in taking pause.

Brooke Lyons is an actress and writer based in Los Angeles. A classically trained ballet dancer, Brooke was diagnosed with scoliosis as a teenager. Eager to raise awareness for this debilitating spinal disorder, she founded the Scoliosis Association of Southern Connecticut and authored the book Scoliosis: Ascending the Curve (M. Evans and Co., 1999) before enrolling at Yale, where she received her B.A. in English Literature. Brooke's television roles include American Dreams, That's So Raven, The Starter Wife, Desperate Housewives, Law & Order, Jane By Design, 2 Broke Girls, Royal Pains and Psych. Film roles include Welcome Home, Roscoe Jenkins and The American Mall. Brooke is also a contributor at HelloGiggles and Move LifeStyle. Read more at her official website and on Twitter.

More From Brooke Lyons view all