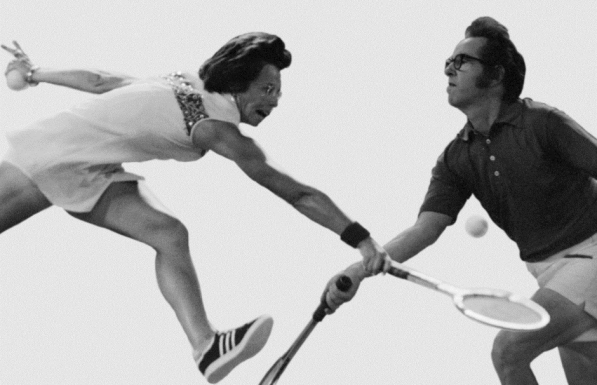 Men and Women – Different Yet Not

There are three things I have a problem with. Spandex worn anywhere but the gym, techno music and the national fascination with all things Kardashian. All right, there are more than three, but I don’t want to seem too complain-y.
There is one other thing though, at the risk of making anyone roll their eyes at me and mouth, “What now?!” that keeps coming up for me, so bear with me even if you don’t agree – It is the dumbing down of men in popular culture. You may think the last group in the world who needs defending, especially by an independent thinking woman is men, but it’s my column and I’ll complain if I want to.

Perhaps it’s because my only sibling is a guy who I am ridiculously close to. Or the fact that two-thirds of my children are male. The thing is I like guys. I like guys a lot. I think they are fun, interesting and I love that they don’t think like me. I love that they are different. I may scratch my head sometimes in trying to figure out a particular line of thought, but I enjoy that.

But somehow, beginning with medicating little boys who are rambunctious and challenging, we’ve turned into a culture that seems to want to take the male-ness out of males. There seem to be more boys than girls who are diagnosed with Attention Deficit Disorder, but maybe it isn’t that there is anything wrong with them, maybe it’s just who they are – kids who are high energy and need to learn in a different way, like by being outdoors and out of their seats.

As they grow up men are often thought to be little more than knuckle dragging inbeciles waiting for a woman to come along and tame their wild ways. I know a lot of women who seem to truly believe that guys are not too far along in the evolutionary chain and were it not for we women, well, they would be lost, or at the very least living in squalor with nary a toilet brush.

Men are different than women. I know, duh. But I mean we’re really different in how we look at things, how we approach a problem and how we relate to others. I saw an interesting study where they observed men talking to each other and they tend to be side by side, not making constant eye contact, where women face one another and look right at one another. How we relate to one another is not the same. As women our way isn’t right or best, it’s different.
Men are capable of taking care of children, their homes and their partners. It is probably going to look different than how a woman might do it, but it’s okay. Our way isn’t the only way. If towels aren’t folded in thirds they’re no less absorbent, if he doesn’t load the dishwasher the way you do, the dishes will still get clean. It’s time to let go of feeling like we need to carry everything because if we don’t it will all go to hell. It won’t!

I am tired of commercials featuring grown men looking like helpless children asking permission to eat something, and women being the controlling witches who say no. Seriously? If anyone told me what to do I’d go do it immediately and utter an extremely untoward expletive. Very loudly.

Yes, of course I have to cop to the fact that yes, there are many ways in which men have an advantage in our culture. They earn more than we do, they often advance more quickly in careers, and they do not have to try to figure out how to “have it all” in the same way women do. It’s not equitable. But we have advantages too. It’s okay for us to cry and unburden ourselves with our friends. It’s okay to talk about how hard it is. We can be vulnerable. Men aren’t given that latitude. I’ve talked to men about this and they say, “Women tell us they want us to be sensitive, that it’s all right to cry and open up, and then you do and they don’t like it. They freak out.”

We’re different, but we’re not. Both men and women want to feel loved and appreciated. Maybe we need to give each other a break and stop expecting to think alike. We never will, and I for one am glad for it.

Candace Hammond is a freelance journalist and novelist living on Cape Cod. Candace writes about pop culture, fashion and entertainment for many publications. She is the mother of three young adult children who periodically deign to cross the bridge to come home – mostly for her homemade cookies. With a background as a life coach, Candace is fascinated by personal growth and relationships. You can follow her on Twitter @candacelhammond, and read her blog, candyspopgoestheculture.blogspot.com. Her debut novel, The Best Worst Year is available at Amazon and Barnes and Noble.

More From Candace Hammond view all