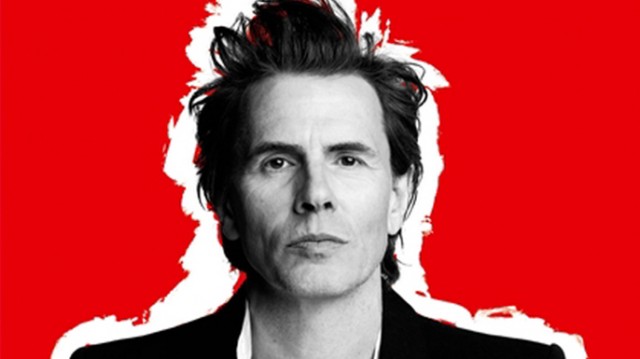 Men We Love: An Interview With John Taylor of Duran Duran

John Taylor has been in my life for over 20 years. We were married when I was 19 years old, divorced by the time I was 26, but have continued to co-parent our daughter Atlanta together through all of it. Despite being a guy in a band and the obvious challenges that go with that, he was an excellent man to spend time with and is one of the most authentic and progressive people I know. I’m excited to read his book, not just from a personal standpoint but because he has a voice that I know will be engaging, witty and honest.

Hope you enjoy this little Q + A we did in anticipation of the US release. “The Pleasure Groove” is sure to be quite a read! Congrats for finishing your autobiography, I am truly excited to read it. Why did you decide to write it now?
The death of my dad, almost three years ago, emptying and selling the house I grew up in. I drove away from the old neighbourhood loaded with a lifetime of memorabilia. Suddenly I lost the connection I had with the place I grew up in.

Does it look at a certain period of time or cover your whole life?
Three phases: Growing up, Hysteria; the early 80s in Duran Duran; and the third phase I call “becoming a functioning ‘adult human.'”

I am so curious what you’ve written about, is there anything you were apprehensive about including?
I wanted to talk about getting sober, and the process of recovery, as that has been so impactful in my life- so I had to include the reasons why I needed sobriety- the messed up, fucked up, inability to control my excesses. It wasn’t easy committing some of that to the page, but for the ending to be happy, there had to be drama in getting there.

It’s a well known fact You have dated /slept with some of the most desirable ladies on the planet. How do you address your sexual past with dignity and grace?
With dignity and grace! There are few names named. Only when necessary- and I got their permission.

How do you write your life story in an authentic voice, but not upset people in the process?
Well, you can’t tell everything can you? Not if you want to have any friends left. It didn’t seem necessary anyway, there was enough good stuff to write about. And one of my primary concerns was to not sell anyone out, or tell tales out of class. I guess the voice in the book, is my ‘higher self,’ the one that doesn’t resort to cheap gossip or trash talking.

What do you hope readers will take away from hearing your story?
My therapist kept telling me, “It’s a message of hope, John, don’t forget that.” Roger Taylor said to me, “Just tell the truth JT, and it will be great.”

I hope you said nice things about me, I’m not going to have any surprises am I?!
After everything we have been through? Why would I want to do that? I try and seek out the higher ground. We had an adventure and I captured a few snapshots of that- but I’ve not gotten into a detailed analysis of it or taken your inventory!

From @LHSLB: What was the best career advice u received and who was it from?
The simplest is the best, from the greatest bassist I ever knew, Bernard Edwards of Chic; ‘Don’t ever stop playing.’ Sometimes I do forget, especially when we aren’t on the road.

Who is your greatest role model and why?
Artistically I am drawn to the searchers, who keep up a consistent creative output and weren’t afraid to change. In my business, Bowie and Lennon would be the main-men. Having said that, I’m not prepared to sacrifice my family life for the creative muse anymore. They have to be copacetic.

From @durantigger: Of course the 14-year-old self question. BEST QUESTION EVER, answers always make me cry.
It’s going to get a whole lot better than this!

From @dhina_arg: How do guys deal with heartbreak?
“I’m gonna get up, early in the morning, and find me another lover.” – The Gap Band

From @MirellaStivani: To write the book, did you get the help of friends and family or did you use only your memories?
I had a lot of help from all the memorabilia I rescued from my parents house. That helped me create a timeline for the eighties. The rest of it is memories. I’m actually not terribly attached to facts. Impressions are more important to me. Once or twice band members gave me a nudge away from an idea I had about some situation, towards what was, somewhat more truthful…

From @tiggerlove33: How do you keep close family relationships while maintaining an often hectic career?
Skype is the best, if you can get them on that it’s enormously helpful. Failing that, the phone, naturally, or texting. But they all begin to pale after three weeks or so. Who can be bothered after that? You just want to be reunited.

From @jenbigelow: What lessons do you want @atlantabean to learn from you and @amandadecadenet?
Be nice. Work hard. This is the first paparazzi pic of me and john that was published when we first started dating. I think it has to be late the 80s judging by the outfit I’m wearing… Wish I still had abs like that!!!

Thanks for being the best ex-husband a woman could have. I mean that!
Amanda x

I genuinely love myself, but I didn’t always. I am truly my own best friend now.