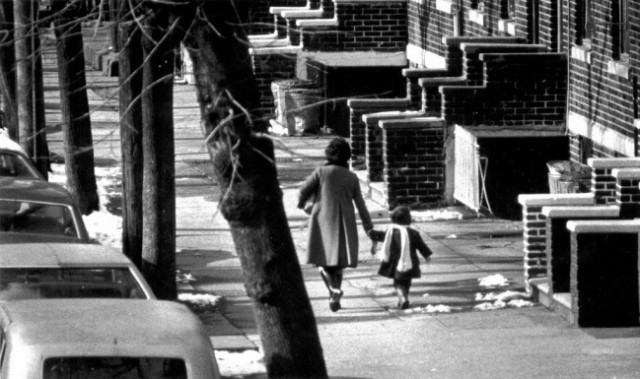 I’m a mother who doesn’t speak to her mother. This barbed silence has lasted longer than weeks or months; we’ve logged years of pointed withdrawal. My mother and I manage to exchange stilted hellos over the phone during the holidays or on birthdays, our voices strained and winsome. We sip from the same well of grief but words run dry; sometimes there’s nothing more to say. The reason for our broken bond is deeply personal and ultimately immaterial. It’s enough to explain that it’s broken, and I don’t know if it can be fixed.

And yet I’m a mother, too. The notion of either of my daughters growing up and choosing not to have me in her life is a daggered thought, one that pricks at my otherwise (mostly) contented existence. Because I would unflinchingly take a bullet for my girls. I’d fearlessly jump before an oncoming bus if I could push them safely to the curb on time. I’d gather all their pain and heartache and claim it for my own as they face their evolutions from wide-eyed children into women of the world. I’d do so eagerly; I love them that much. I love them, of course, with a mother’s love, which is eternal. As I suspect my mother’s love must be for me.

And therein lies the crux. To shift from being someone’s daughter to being someone’s mother is a strange business. Which is why nature gives us nine months to contemplate the change. In the time it takes for a newly penetrated cell to transform into something precious—someone we name and hold and offer our greatest hopes and dreams—a nearly indestructible love is born, too.

But before we can become mothers—should become mothers—we must first leave girlhood behind. My own metamorphosis was less caterpillar-into-butterfly (seamless, easily predictable stages with an inevitably beautiful result), and more fledgling sapling that somehow matures into a tree despite intemperate climate and inconstant cultivation. There were many times during my younger years when the winds blew so hard around me I thought I might snap. But I kept laying on bark, kept reaching for higher heights and eventually rooted into the real thing: someone who stands tall and is not easily brought down.

But it didn’t come without cost. For me, growing up also meant growing away from tangled delusions (religious extremism) and dysfunctional parenting (the choking weeds of divorce and its rocky aftermath). There’s a reason I didn’t become a mother until I was 36 years old. I’d been living in the shadow of others’ mistakes. Without the sun, how might I grow?

I also feared motherhood. Longed for it, too. In the end, mothering myself first, then mothering my own brood is what filled the void of all that went missing before. But I had to go through all the steps before I was ready. Stand before I could walk. Walk before I could run. And so on. Like a baby…

I remember those early weeks after I had my first child, a gorgeous moon-faced girl with rosebud lips and a dark rash of hair. In the still of the night as I quietly rocked and nursed her tiny body in my arms, the darkened room sealing us together in a kind of womb, I fought a simmering undercurrent of post-partum rage. Not depression, not anxiety: righteous anger mixed with a crushing love. And not directed at my infant, but at my stifled memories from long ago. My baby inspired a worshipful adoration and the promise of protection, but with it came the realization that I, too, was once this small, this needy. Hadn’t I deserved the same?

I was a mother now. Transformed. My perceptions were irrevocably altered. Motherhood crystallized my vision. Some say that becoming a mother makes you more forgiving of the woman who reared you. For me, the opposite occurred. I found I judged more harshly. I couldn’t help but compare the ferocious maternal instinct already welling within me with the laissez-faire, all-but-absent approach my parents deployed, one that left us kids easy targets.

As I cupped my infant’s soft head in my strong hands I finally, fully understood it was in my power to either crush her sweet skull or tenderly care for it as I saw fit. So greedy and vulnerable, so perfectly, miraculously ordinary this child was smacking at my breast and so innately worthy of defense. I could no longer un-see my own childhood, or my own worth, ever again.

Will my mother and I ever heal our agonizing rift? I don’t know. Her blood is in my veins. As I age, her face increasingly is my own. She’s nearing 70; I’m almost 45. But as William Faulkner famously wrote, “The past is never dead. It’s not even past.” It dances with us in the present like a ghost in the room. Still, there is forgiveness if not total exoneration. Even when apologies double back as rationales. Even when denial is the only constant in our conversations. But a girl can hold out for the possibility of reconciliation, because a girl always wants her mother. Even when’s she’s old enough to be a mother, or even a grandmother, herself.

If you’re laying in bed next to someone that really doesn’t make you feel like the goddess that
you are, you need to rediscover what it is you truly want and need.