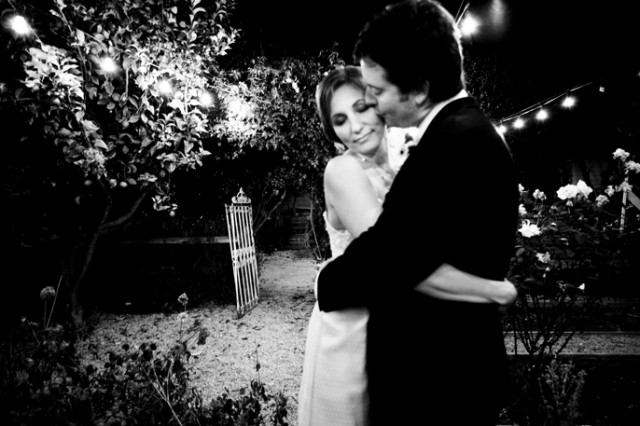 On Being a Good Partner

Every day I walk through the world and make conscious choices.  The white scarf or the striped one?  The  iced coffee or the Mocha?  Turn left or right?  Take a nap or do the laundry?  Love my husband or walk away.

That last one is obviously the biggest of the choices, but to me, choosing to stay in my marriage is always a conscious decision.  I wasn’t forced here, nor am I any sort of victim.  I made a conscious choice to spend my life with this man (who’s truly amazing, by the way) and I renew that choice almost daily.

I hear many of my friends, as they are exiting their relationships, tell me they just weren’t in love with their partner anymore.  I suppose I know what that feels like.  I drove around quite a bit before stopping at what is now my committed relationship.  I remember the feeling of boredom and restlessness when something just wasn’t working out.

But here’s what I want to share:  What I’ve learned is that staying in love is a verb.  It’s an action and it’s a choice.

I’m one of those annoying people who claims to have a near perfect relationship.  To me, a “perfect” relationship contains several things: Respect, adoration, safety and selflessness.  These are just a few of the key elements that make it all “work”.

When I met my husband, we were doing improv comedy together in a small troupe in Los Angeles.  When I saw him perform, I instantly thought he was one of the best improvisers I had ever seen.  I simultaneously respected him and was ridiculously intimidated by him.  (He thinks that’s hilarious.)  As I got to know him, he constantly expressed his kindness and patience in his everyday actions.  He asked about my dog when she was sick; he opened doors for me (and still does, almost five years later).  He teaches Junior High history, sometimes to kids who have severe emotional issues and he manages to maintain his composure.  On paper he’s sounding pretty great and you’re thinking, “Well, sure…it’s easy to love that guy…”  And most days, you’re right.  But in five years, there have been times when things seemed stagnant.  Times where his watching his 90th episode of Mystery Science Theater 3000 got on my nerves so hard, I snapped at him that if I heard that theme song one more time I would lose my crap.  Moments where I was thinking, “Is this it? Is this all we’re doing?” But my answer was and is always the same: an unwavering, “Yes.  And that’s okay.”

I believe we have to decide what we want.  Do we want to be constantly chasing the high of that new thing or do we want to have commitment?  Commitment means making a choice everyday to stay and give it all you’ve got.  Commitment means embracing thoughtfulness and selflessness – to go out of your way to make them lunch in the morning, to always kiss them hello and goodnight.  It’s remembering to hold hands in the street and say “I love you” even when you aren’t feeling it as gigantically as you were when you said, “I do”.   It’s choosing to love that person when they’re tired and cranky and stubborn.  It’s embracing the entire person and not making a list of things you’d change about them.

Here’s the thing: If you have a list of things you’d change about them, they aren’t for you.  Let them find someone who will love them for those things.  Don’t they deserve that?  I think I finally grew up the moment I came to that realization.  I had been with someone for three years and struggled with “how they were.”  We were constantly fighting and I never felt adored or emotionally safe.  I was always trying to get him to be how I thought he should be.  The day I decided I would love him enough to not be with him was the day I realized I was mature enough to walk away. I understood something on a deeper level and realized I would now be capable of finding a love that could make it.  Sometimes you can love someone and not be with them…and sometimes you can be with someone and have a few bad days and not leave.  But the distinction lies in the core of the elements I listed above.  Do I respect this person?  Am I capable of being thoughtful and not making a checklist of my selfless actions versus theirs?  Am I safe physically and emotionally?  Do I respect who they are and how they show up in the world?  I think asking these questions and aligning yourself with someone who shares your values is a good start to being with the right person.

At the end of the day, it’s better to be alone than to be with someone who treats you poorly.  And staying in a committed relationship isn’t as important as being emotionally or physically safe.  I would never tell someone who was being abused in either way to make the choice everyday to stay in that.   But if you have respect and adoration and safety, to me anyway, you’re halfway there.  Be mature enough to embrace that commitment means you accept the boring days and the broke days and the days that he watches Star Wars for the one-millionth time and love him for that.   Because in the end, he loves you and makes you coffee every morning and embraces your faults without complaint, too.   The simplicity of the golden rule applies and if you want to get it, you’ve got to give it.  So how can you be better in your relationship?  Let me know… I’d like to hear about it.