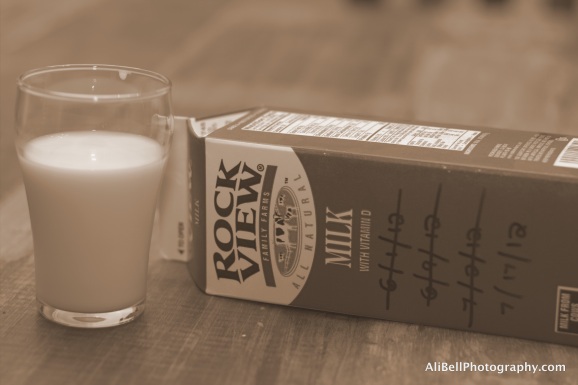 On Relationships: When They’re Bad, Discard

How many relationships have you been in where you knew it wasn’t really “working” in the first six months, but continued to “try” because you just believed it could? Because it was just so great in the “beginning”?  (Let me just point out the fact that month six is still the beginning, but that’s beside the point.  You know what I mean.)

I’ll pause here so you can count.

Hopefully, you can come up with a number.  I had so many, I’ve lost track.  Things would be amazing in those first couple of months and I would believe I knew exactly who this guy was: a guy who was committed to me, fun and treated me like a goddess.  Somewhere in that first six, some fuzzy, grey time, things would start to go south.  The phone calls would lessen, the fights would begin and the goddess status seemed to take the back seat.  And yet I kept at it.  I acknowledged that things weren’t how they were, but kept working it over and over because I knew what it had been, what it could be.  I knew it’s potential.  The past and the future kept me from experiencing and believing the present.

This is a mistake, in case you were wondering.

“The first time someone shows you who they are, believe them.” -Maya Angelou

I think that phrase alone could save people (especially women) months and even years of their lives, as long as it’s heeded.  And that’s really the problem – we don’t listen.  Not to them and certainly not to ourselves.  We know when something isn’t working because it’s… work.  I mean, hard, heavy, physical labor work.  Yes, everything requires attention and I know that some work is required to maintain relationships of any sort, but intimate relationships should never feel heavier than your full time job.  If you’re having three heavy conversations a week, or argue weekly, I’d say you’re in the wrong relationship.  Both of you.

It struck me hard once, when I was struggling to make a three-year relationship continue.  We had lived together since month five and I had known pretty early on that we were struggling, but kept myself in denial every time we had a fight and made up.  I said things like, “We just love each other passionately and that passion translates to passionate fights.”   Really, Jen?  Really?  “Well, yeah. And it was so great those first six months…”

I know I’m not the only one who’s ever said that.  Finally, it occurred to me:  Milk is really great when you first buy it.  You drink it, put it in your cereal and life is grand.  When milk spoils, you would never consider drinking it.  You don’t sit in your kitchen, trying to drink it down because it was so great when you first got it.  No, you throw it away.  Because right NOW it’s bad and there’s a good chance it’s not going to be good again no matter how long it’s in your fridge.

I know people struggle and have hard times and I’m not suggesting at all that people bail the minute things get tough.  However, if you’ve been with someone less than a year and you’ve been arguing consistently for the last six months, it’s time to consider the possibility that the milk is bad.  Those first few months, people are excited and tend to really showcase the best of themselves or who they’d really like to be. Unfortunately, much of the time, that is not sustainable.  If someone’s behavior is genuinely who they are, it won’t disappear.  You won’t be asking where that nice guy went or why he doesn’t buy you flowers anymore.  If he’s the kind of guy who buys flowers because he really likes to spoil his love, he’ll do that after the first six months.  Spinning your wheels for the next two years to try to get flowers again is a waste of energy.  Trust me.  You might get another bouquet or two, but it will be under duress. Resentment will follow.

Staying in the struggle, I believe, threatens and weakens self-worth and your overall mental health. For me, after years of fighting, I started thinking maybe I was the one who was crazy and asking too much. Maybe my expectations were just too high. But you know what? They were because he was someone who didn’t meet my standards. Not that he wasn’t great, because he was in his own right. However, my standards of having commitment and family and thoughtfulness weren’t really being met so I piled on the expectations. And he could never meet those.

I’m sure I was sabotaging myself in some way, staying in relationships I knew weren’t working out. After all, sometimes it’s easier to be a victim than to own your own crap and work it out with yourself. Sometimes it’s the path of least resistance to fight and not take a long hard look at yourself. I guess I let myself be there for a few minutes (read: years) but I don’t recommend it.

I think as we go through life and move from relationship to relationship, we learn about ourselves, how we interact with other people and ultimately, what we want just as much as what we don’t want. I’ve found the trick to getting what you do want is to focus on that when you’re out there. Stop dwelling so much on what you don’t want because that’s all you’ll see. Imagine yourself with your ideal mate and all the greatness that relationship holds.

My husband, after five years, still opens the car door for me first. It never went away.

I think it’s easier for people to sit on a broken couch than buy a new one.  But sometimes standing is just more comfortable than having the legs fall out from under you.  You deserve better.  I promise.

I think that it’s okay to check out occasionally. But if you spend most of your day ruminating
about the past, or projecting fearfully into the future, your whole life will pass you.