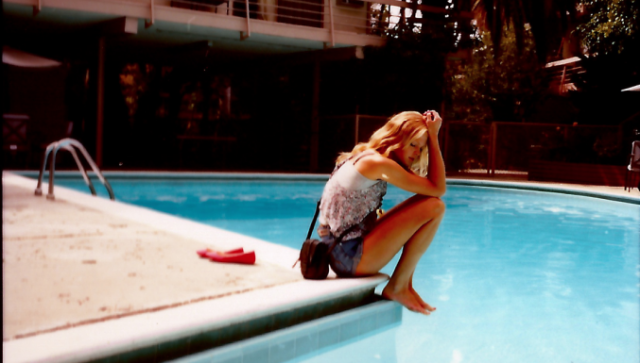 Nearly two years ago, I went through a pretty crappy breakup with a man I mistakenly identified as my ‘happy ever after’. When we split up, I was actually pretty terrified of being an individual again. I’d had nine years of being part of a couple and I’m ashamed to say that I lost my identity. On my own, I panicked; what was new single me all about? Errr… do you have a question on sport?

It’s only natural to make compromises and share interests with a significant other – and depending on how dedicated you are to that, when you no longer need to do it, a massive ‘WHAT NOW?’ can loom large. A scary thing to have to answer, but the great thing about the answer is that it is completely and absolutely up to you. After my break up, I needed to reconnect with what made me tick. I needed to shake off the girlfriend I had been and move forward.

When I talk about reinvention, I’m talking about improving on the pretty amazing you already in place. I don’t see it as trying to be someone else, as that rarely promotes happiness or contentment. Reinvention means to remake or make over. For me personally, it was about reviving myself.

Although you don’t have to be single to do it, reinvention and break ups go hand in hand and it’s easy to see why. At a time where you feel all hope is lost (it’s not) and that you might never get another human being to date you EVER AGAIN (that’s not the case, I promise), reinvention can take your mind off some of the stuff that will drag you down and make you feel like poop and restore a little hope and excitement back to you when you need it most. It helps fill time and distracts you from your newly acquired single status. It shows you that there is potential for things to get better, that you are a little bit fabulous after everything that’s happened. Nurtured carefully, that fabulousness will bloom and grow and before you know it – BOOM! You’ll be a force to be reckoned with.

But wait! I’ve not even got to the best bit about reinvention. The best bit is that you can do it exactly how you want to, in whatever way you like. There are no rights or wrongs! You can be as out there or as subtle with it as you want! You can overhaul everything in your life or just do something small and see how you get on! If it all goes wrong, you’ve lost nothing and at least you gave it a go, which is more than most people can say.

You can travel! Start a new hobby! Change your career! Get a tattoo! Shave your hair off and go into the woods and chant round a fire! Whatever you want to do, because now it is all about you and what you want out of life.

I threw the subject of reinvention open to my friends and got quite a mixed bag of information. One friend said that after her last relationship the first thing she did was to get her nails done, eyebrows shaped and her hair cut. General Girl Rules (and Gwyneth Paltrow in Sliding Doors) dictate that having a haircut after a breakup is a good place to start. Another friend changed the city she lived in, bagged herself a new hobby in photography and is going from strength to strength in the field.

Reinvention is different for everyone. I know women who wouldn’t be scared of trying swimming with sharks in a meat bikini and no cage, whereas others I know could get more than two inches cut off their hair and need to head to the nearest bar for a stiff G & T to recover from the craziness. When used appropriately, it can be a little bit scary and immense fun, but that’s the point. You’re pushing yourself out of that comfort zone and seeing what you can achieve. Some go full steam ahead into it, whereas for some, fresh out of a break up it’s too raw and a bit of time has to go by before they feel ready to embark on the journey. But the point is it’s all waiting for you if you’re willing to give it a go and try it on for size. Apparently life begins at the end of your comfort zone.

Oh and just in case you’re thinking I’m all words and no action, my personal reinvention included leaving the scene of the crime. I no longer live in the city where my ex lives. In actual fact, I moved three hundred miles away back to the area I grew up in to be nearer my family. I’ve taken a course in photography and learnt to crochet. I’ve grown my hair and lost a dress size. I became a roller girl called Dan Smackroyd and quickly realised that although I liked roller skating, Roller Derby wasn’t for me. I saved like a demon and then quit my job. I’m unemployed. I’ve moved back in with my parents and am contemplating my next career move. I’m terrified this might be a massive mistake, but I am happier than I have been in ages. It’s going to be hard work, but it’s going to be fun.

Bex Olver lives in the UK. She doesn’t talk like the Queen. She is very fond of cups of tea, Hello Kitty, Scrabble and Jelly Belly Jelly Beans. Indie music makes her happy and you can find her Bringing Sparkle Back at www.bringingsparkleback.tumblr.com

More From Bex Olver view all