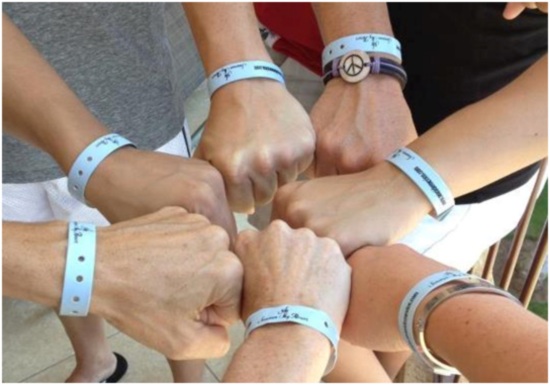 The Irreplaceable Bond of Friendship

I have always been a shy and reserved person. So when I had to move from the United States back to my birth state of Israel, at the age of 12, I was not very happy about it. It was hard enough making friends under normal circumstances. But here I was, being thrown into a culture I was no longer familiar with and having to relearn a language I had all but forgotten.

I remember most of seventh grade. I had big old wire-framed glasses. The kind of glasses that were somewhat acceptable, though not sure why, when you consider they covered up half my face. I also had frizzy hair. And acne; albeit minimal, but it was still there. And though Hebrew was my first language and here I was attending school with students and teachers who spoke Hebrew, it was difficult for me to keep up.

Math became my favorite subject. It consisted of a universal language: numbers. I was great at it. Except when it came to problem solving, because this was the only area of math in which you had to read problems in order to work out a solution. I was able to read Hebrew, but it was difficult. I was at a first grade level, while everyone else was breezing through school. I remember having to work in a small group with one girl and two boys. When it was my turn to solve a problem and I stared at the page with a blank face, one of the boys said, “Ugh, I don’t want to work with her, she’s dumb.” Yeah, that’s seventh graders for you. Bullies exist in all countries, not just the United States. I don’t remember the rest of that day, but the entire year was a bit of a struggle. I mostly sat in the classroom during recess breaks and sketched pictures to pass the time.

It wasn’t until the following year that I began to have real friends. I had gone away for summer break to visit my dad in the states, and when I came back, a group of girls from my homeroom class (the same class we had from seventh through ninth grade) showed up at my door with balloons, a cake and warm embraces. They were welcoming me back home. I felt accepted.

It took some time for me to build a friendship with these girls, but they are the girls I spent my adolescence with. We celebrated birthdays together, had slumber parties, made sure we bunked together during school trips. The town we lived in was very small, so everyone was within walking distance. Whenever we’d go out on a Friday night, we’d all walk each other home. My best friend and I lived about two minutes apart. If we squinted hard enough we could see each other’s apartments across the way. I also lived the closest to our school. In the mornings, my friends would pass by my building on their way to school and yell for me. I lived on the top floor of a walk up building but could hear them easily from my bedroom window. I’d yell back “Coming down!” and scramble to get my lunch and backpack. We always made it before the first bell rang. Those are fond memories for me.

I left Israel at the age of 16 and moved back to the US. Letters, tapes and packages made their way back and forth between my friends and I. We kept each other in the loop on EVERYTHING. They say distance makes the heart grow fonder and I experienced that fully. Even though we were 7500 miles apart, our friendship bond grew even stronger. Sure, I missed out on parties, birthdays and holidays, but I knew I could always talk to my girlfriends when I was down or when I was going through something exciting.

While I used to be able to go and visit every summer, as I got older, my trips to Israel lessened and distance became a bit of an issue. Even with the latest technology, we never seemed to be able to coordinate Skype sessions or video chats. (I mostly never wanted to because it felt so strange to just talk to a screen instead of talking to them face to face.) And, with everyone becoming an adult, finding their life partner, traveling, finishing school and even raising children, it became harder to stay in touch. We have all turned 30 and it’s been almost 4 years since I’ve been back for a visit. But what I love about my friends is that even with the distance and time apart and even though we haven’t talked in forever, I know we love each other and can pick up where we left off. Friends can drift apart as their views on life change, but at 14 years old, your core is your core and it is those friends who are around you then who know who you really are. When I do go back for a visit, I’ll be very excited to see everyone again, meet my friends’ children for the first time, catch up on everything and anything and just enjoy the moment.

Girlfriends are such an important part of life. They are the women who are there for you when you need support and encouragement, a shoulder to cry on, a belly laugh, or a slap in the face when you are overreacting to life! True friendships don’t have an agenda to bring you down or make you second guess yourself. A true friend has your back, but is able to stick her neck out on a limb to tell you when you might not be in the right. Good friends are supposed to challenge you when you are not living up to your own standards or congratulate you when you’ve overcome big steps in your life. Being able to connect with others who want to see your continued happiness and success is the key to any growing and trusting bond.

After moving back to the states during my late teenage years and dealing with yet another culture shock, I struggled finding close friendships similar to the ones I had. Over the years I had a lot of friends, which were followed by a lot of “falling outs” when I realized the friendships weren’t reciprocal. Today, I surround myself with positive energies and friends with whom I can relate to, feel supported by and with whom I can personally grow. It’s okay to make friends and drift apart. It happens. People change and go in different directions all the time. But being able to let go of the friendships in your life that have become “draining” to you and focusing on the friends that help empower you is the key to building an amazing support system for yourself.

Dana Maxwell currently works as a copywriter in the corporate world. She hopes to someday be her own boss. Until then, she plans to take a leap of faith and land in LA to pursue her passion for the film and television industry in either a writer or producer capacity. To sum it up: coffee and conversation is a great combo to get to know someone, something can be learned in every situation, and striving for growth and understanding in relationships is key. You can follow her on Twitter @DanaMaxwell30

More From Dana Maxwell view all

People say ultimatums are bad, but maybe they’re not.