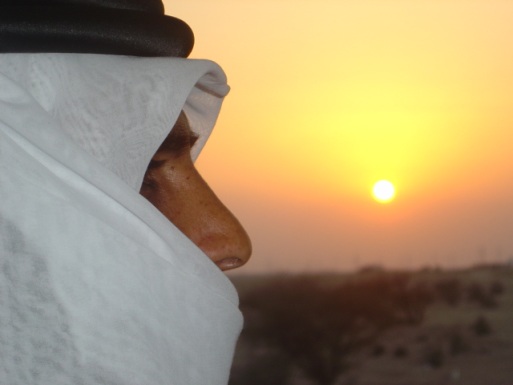 Will I Be Led Up the Aisle?

Will the little lamb be led to the slaughter or up the aisle? According to Middle Eastern standards, I moved into the Spinsterville zip code a good many years ago. This means I should literally bend over backwards to accept ANY kind of marriage offer that comes my way, if I ever get that lucky.

One evening, not too long ago, luck decided to send me a message via Blackberry Messenger. I received a message from a friend.

“Is it true what I heard, that you just got engaged?”

While laughing out loud, I replied to her message, “If I got engaged, you would have received an invite to the part,” secretly thinking to myself that it’s good to know people still think it’s possible for me to get married at this stage.

“Is it okay if I pop by tomorrow? I want to talk to you about my brother,” she replied.

My next thought was, OMG, here we go. She is going to try and set me up with her brother. How am I going to get out of this?

When she came by the next day, she told me how her brother wants to get married and how I would be a good candidate. “Remember the wedding I saw you at last month? Well, my sister saw you there too and she thought you would be my brother’s type.” Apparently her sister and mother liked my light skinned complexion. Seriously! “The light skinned one” is how they described me.

The gentleman in question is 37, he has never been married, but he is now ready to settle down and he has asked his mother and sisters to find him a suitable bride. She showed me a picture of him that she had in her phone; to be honest, he was really cute. At this point I was thinking, there has to be some kind of a catch here – a 37-year-old Arabic male, not married… what’s wrong with him? Surely he has an issue. Arabic men very rarely reach the age of 30 without being married. I may be residing in Spinsterville, but then he must be in the next-door town of Loserville.

My friend asked me to send her a picture of myself to show her brother. Of course he would like to check out the merchandise. She couldn’t understand my hesitation. She knows I am over the “age of marriagability”, practically decaying with rot at 32, so I was supposed to be jumping at this generous offer. And really, I should have been – handsome guy, good family… so why wasn’t I? To be honest, this kind of propositioning just feels so weird. It’s like you’re an object being auctioned. I tried to act as normal as possible without her sensing my uneasiness and trying not to offend her.

After she left, she sent me a text, reminding me to send her a picture of myself. I didn’t want to, simply because it felt like I would be selling myself. At the same time I didn’t want her to think I was too conceited to send her my picture – after all, she is my friend. I closed my eyes as I pressed the send button. I was picturing different scenarios in my head; I was thinking way too much, which brought on a migraine. What if he doesn’t speak English? What if he sees my picture and he thinks I am ugly? What if they arrange for us to meet and I hate him? What if we get married and he makes me leave my job? His sister is my friend, this could ruin our friendship. It’s probably best to sit this one out. But on the other hand, he might be ‘the one’ and God was just saving him for me for all this time.

Why do we women do this to ourselves? All the questions, all the overanalyzing. If he sees my picture and doesn’t like me, it doesn’t mean that there is something wrong with me or that I am not good enough; I may just not be his type and that’s fine, it happens. I had to let it out; I needed to talk to someone. I shared my thoughts with my best friend. I feel like I am going crazy here. I cant bear the thought that I might end up with someone I don’t know or who didn’t know the real me. She said exactly what I knew she would say: “You have to give it a chance. How will you know unless you give it a try?”

I reminded her of how I tried this very same thing back in 2006 and how disastrously it turned out. Love, life and heartbreak are like that, no matter how long ago the incident took place; all the old feelings make their way back to the surface to remind you. This way of getting married freaks me out’ it literally scares me. It makes you feel paranoid about yourself, like you are being displayed underneath a microscope for all to see. On the other side of the coin, there is nothing weird about it at all. It’s the norm in Middle East societies and was commonplace in Europe up until the 19th century.

However, the way they “pick” you feels almost disrespectful. My friend told me that her brother likes skinny girls. So is that why she “picked” me. And now what? Now that I have sent my picture, it’s as if I have nothing to do but to wait and see if he gives me the thumbs up. Anyway, I am sure he won’t like me. I’ll be too “Western”, too “open minded” for him; no Arab man wants a girl who is too exposed.

I didn’t have to wait long. At 8pm the same evening, I received another message: “My brother really likes the idea; he is asking who should he speak with if he wants to propose?” I had no idea what to reply. Did he make this decision on seeing my picture? What about my personality and the character that I have worked so hard on developing all of these years? How much of his decision was based on that?

I truly believe potential miracles surround us, waiting only to see if our faith is strong enough. We won’t have to understand it; it will just work, like a beating heart, like love. I am still deciding what to do about this situation, but no matter how frightened I feel about it, I look forward to these miracles. I often find myself in the same position I was in maybe 10 or 15 years ago – waiting. Waiting for something to happen. For a man to come and sweep me off my feet.

Well, maybe it doesn’t happen like that. Maybe it can happen in another way, but I’ll never know if I don’t try. Rejection, fear, abandonment are all elements in this decision making process. Whichever way it goes, I have the feeling that everything will turn out just the way it’s supposed to. We don’t know, we never know, but we just have to have faith.

Shefa Ali Nader goes by the name simply Miss Shefa. She lives in Qatar and works in Public Relations. She believes that you can get through just about anything in life as long as it’s with a pinch of grace. Happythankyoumoreplease (if you are not sure what that’s all about, then you need to see the movie) is one of her daily mantras and thinks gratitude is the key to making room for more of what you want in life. Writing is one of her many passions, she is currently working on her first novel ‘The tale of the Bedouin & the City Girl’.

More From Shefa Ali view all

You can have anything that you want in your life. Whatever you dream, whatever you create,
you can make happen. And keep trusting that because if you do, and you believe it, and you
know it–you brush away all the barriers and the obstacles. You can have it.