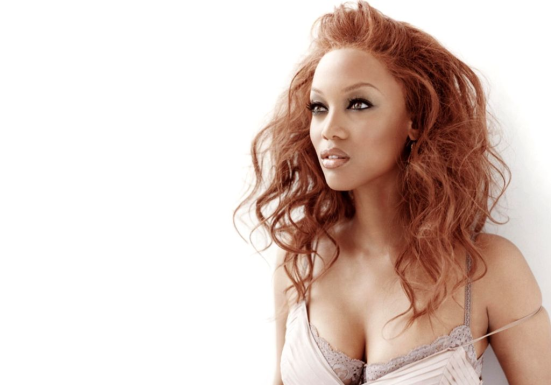 A couple of years ago I recall watching Tyra Banks being interviewed about the tremendous amount of success she has had during the course of her career. The interviewer, who was also a woman, spent the majority of the interview discussing all of the many wonderful things Tyra was able to achieve in the entertainment and fashion industry. The success of America’s Next Top Model, her then self-titled talk show, Tyra, and her stellar supermodel career were all highly praised, leaving me as a viewer in awe of this woman who was able to accomplish so much all before the age of 40. As I continued watching the program, my admiration for Banks grew rapidly; however, it was not until the last few minutes of the interview when my love fest came to an abrupt halt.

The interviewer then asked Tyra if marriage was in her future, for it appeared that with all of her success and accomplishments, her love life still hasn’t quite “gelled”. While I can’t remember exactly what Tyra’s response was, I do remember thinking to myself, “Here we go again!” as a serious eye roll at the television quickly ensued. It appeared that, once again, a beautiful, intelligent, successful woman was about to be pitied for seemingly not having the affection of a man. What the hell?!

I became annoyed by the “romance question”, for I feel that women—and society as a whole—tends take on the notion that a female is not successful unless she has husband. Tyra Banks, who was a world famous supermodel and has created her own production company and has hosted and produced two successful shows, still appears to have failed in the love department just because she has yet to marry. My question is this: Since when has a marriage became the deciding factor of a woman being happy and/or successful? Who in the hell said that a woman received the ultimate stamp of validation she gained the title of “Mrs.” in front of her name? This is what pisses me off.

I think our society, although forward thinking and making progress in women’s rights, is still a bit antiquated in the fact that it appears a woman must be romantically connected to someone in order to be viewed as anyone. It seems that regardless of how successful a woman becomes or how many accomplishments she achieves, she is not deemed as “having it all” unless she is married. Now, a woman who decides to marry and have children but chooses not to have a career is viewed as noble individual, for motherhood, quite arguably, is considered the hardest yet most rewarding job on the planet. But women who have the great career but no husband or family are deemed to be lacking in an area of their life and, in my opinion, society views them as secretly being unhappy or unfulfilled. I think that old fashioned thoughts such as these not only hurt women, but it is also a negative ideology learned by young girls.

There are thousands, if not millions, of adolescent girls who navigate their way through middle school and high school feeling that they are not good enough, pretty enough or desirable simply because none of their male counterparts have yet to take an interest in them. This means that girls as early as age 11 if not sooner, are acquiring characteristics of low self-esteem because they look for some random boy to validate their entire existence. The Tyra Banks interview is indicative of this same concept. It appears that even when young girls grow up and become successful business women, they are still viewed as possibly sub-par if they do not have a male counterpart. Such ideologies must stop ASAP!!!

Now, I do realize that it is a completely innate for people to desire companionship. I, by no means, am against marriage. I wholeheartedly respect the institution of marriage and believe that family is a beautiful thing. However, to infer that a woman, regardless of how accomplished she is, will not be fulfilled or will never “have it all” unless she has a husband, is completely ridiculous. One’s happiness and validation is solely dependent upon themselves—not a man, a marriage or even children, but only themselves. We cannot have women believing that marriage is the answer to gaining joy if they deem their lives to be unfulfilled. It is unfair for a woman, or anyone for that matter, to place their happiness upon any individual other than themselves. Marriage is two complete and happy people coming together to complement each other, not supplement each other. And if it so happens that a woman decides that marriage is not for her, that does not mean that she will be unhappy, or die a sad life alone with a house full of cats for companions. Women should take charge of their lives and not feel that they need a male companion to enjoy it. Dating and romance is beautiful, but if a woman is unhappy with whom she is, then it does not matter who comes into her life, for she will always feel unfulfilled until she personally changes her attitude.

Women should be taught, as early as childhood, that a relationship is not what validates their existence, but setting goals and taking the necessary steps towards achieving them is what should give them a sense of fulfillment. Tyra Banks is an excellent role model for women and young girls everywhere. She should be praised for what she has been able to achieve on her own. If she does decide to marry, that’s great, but if she decides to never marry, she still will be the epitome of success. Marriage and relationships are a beautiful thing and should be celebrated, but it’s imperative that women and young girls know they are successful and invaluable whether they have the title of Mrs. or Miss.

Tanesha Hankerson is a 20-something woman with high hopes of living a life that is the antithesis of mediocrity. With a recent Master’s degree in Communications, she is currently pursuing a fulfilling career in communications or media relations. She has recently started, a blog which focuses on women's issues entitled, “Little Black Dress.” She uses the website to speak on a host of topics which she hopes will empower women and cause them to gain possibly a new perspective on life. Go to thelbdonline.com to partake in the sarcasm and satire that is Tanesha. You can also follow her on Twitter @mstmhankerson.
comments (8)