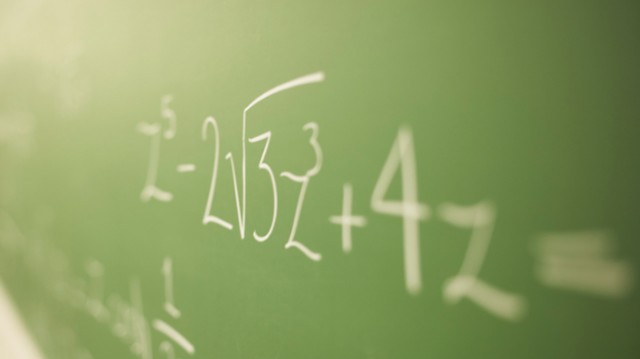 An Education: Our Daughters, College and Rape

Last month a brave young woman named Angie Epifano, who was to graduate from Amherst College in 2014, wrote a letter to its student newspaper in which she recounted Amherst’s profoundly upsetting handling of her rape by a fellow student. She stated that over a period of months she was disbelieved, blamed, told to forgive and forget, advised that pressing charges would be useless and she was locked up in a psych ward. It is wrenching to read.

But her letter inspired an outpouring of more bravery as other women and men from Amherst- including one in such despair he went on to commit suicide- echoed her experience. It also reached beyond the walls of Amherst as students from different colleges and universities stepped forward to write about the same, calling attention to a nationwide culture of rape being swept under the carpet at our institutions of higher education, as reported by The New York Times. Bolstering the allegations of these women, Slate.com noted:

“In 2010, the Center for Public Integrity reported that 95 percent of campus rapes go unreported. According to the Justice Department’s Office on Violence Against Women, 70 to 90 percent of disciplinary actions toward sexual assault cases are minor sanctions like writing an essay on sexual violence or drafting an apology letter. Epifano’s rapist graduated scot-free. How disheartening that, in a worst-case scenario, he would need to write a research paper.”

Ms. Epifano commented in her letter that not only was her rapist not thrown out of school, he was allowed to graduate with honors. She, on the other hand, withdrew.

Unfortunately, her rapist was part of a greater culture that tolerates and sustains disdain for women. In fact the same semester Ms. Epifano was raped, an Amherst fraternity printed and sold t-shirts for its annual pig roast party. They bore a cartoon image of a bruised woman in her bra and thong, tied up and roasting on a spit with an apple shoved in her mouth. Above the image it said “Roasting Fat Ones Since 1847.”

And last year at another of our most highly regarded institutions, things became so intolerable that Yale students filed a class action sexual harassment suit against their own university. The Yale Herald coverage of the complaint students filed read:

A report from the Department of Justice in 2000 found that over 3% of college women are sexually assaulted, however a 2007 report from the National Institute of Justice found the incidence to be closer to 5%. This means that at a school of 10,000 between 350 to 500 students will be raped each year, totaling between 1,400 to 2,000 rapes per four-year program.

Given the realities of the violence and misogyny that’s out there, what can we as mothers do to help protect our young women as they go off to school? Nothing can absolutely guarantee their safety, but we can arm them with sexual education and our love.

The more openly we engage them in dialogues about sexuality about self knowledge, anatomy, healthy intimate relationships, and personal responsibility— the more they’ll learn to listen to, trust, and follow their own instincts. They’ll need their respect of those instincts to gauge when they feel safe and when they may be at risk.

But if through our silence or unwillingness to talk about sexuality we impair our daughters’ capacity for self respect and self care, we can make them feel isolated from us. In addition to perhaps making them more vulnerable to acts of violence because we haven’t supported them in learning how to do their best to stay safe, we also risk sending them the message that they can’t turn to us in a sexual crisis.

Sometimes our daughters choose not to tell us they were raped because they fear we wouldn’t be there for them in the ways they need. They instead go through the trauma all alone. One young woman from my study didn’t tell her mother because, “I knew that telling would result in alienation from my family.” Another woman described making the same decision because, “I don’t want her to think of me that way.” She worried that it would be too upsetting for her mother and feared being seen by her as defiled.

Sexual violence isn’t something that’s easy for use to think about, but I decided to write this piece to help us see that we need to do all that’s in our power to let our daughters know we will always be there to honor and take care of them when they’re in pain, and to do our best to raise them with the self-respect that will give them the surest footing possible, should they encounter the anguish of sexual crimes.

If we set the stage for our daughters to know unequivocally that we’re a safe haven and they truly can talk to us about anything, maybe they’ll confide in us their need for comfort under strain. But if we’ve indirectly or directly made them feel shame about their normal, healthy sexuality, their ability to weather catastrophe will be weakened.

Teaching our daughters about sexuality isn’t a moral choice. It’s done to help our daughters navigate their lives. When we teach them it’s shameful to explore their bodies and we expose them to our own discomfort around healthy sexuality, we cannot expect them to believe we’ll be there for them in a sexual crisis. If we want our daughters to know they can come to us with anything and they won’t have to fear losing our love and respect, we have to earn that privilege.

I’ll close by sharing a testament to the power of maternal love when a daughter has been sexually violated. It’s the story of a young woman from my book, and her mother. Their experience is a battle cry for all of us to be up front in educating our daughters, and to be generous with our unconditional love so they can always rely on its being there whenever they need it.

“The police immediately dismissed my accusation [of rape] because I waited one month to report (I was in an inpatient psych program for part of that month, trying to get myself stable) and [they said] that I likely was mad at my ex-boyfriend and wanted revenge. They also told me that when I stopped fighting him off, I gave consent to the act… For the first few days, I was very numb and just went through the motions of my life. Around the fourth day, I awoke and immediately felt the pain that I wanted to permanently end. I was so afraid of my emotions and my extreme desire to die, I turned to my mother for help. Had she not been there, I may not have made it through that day.”