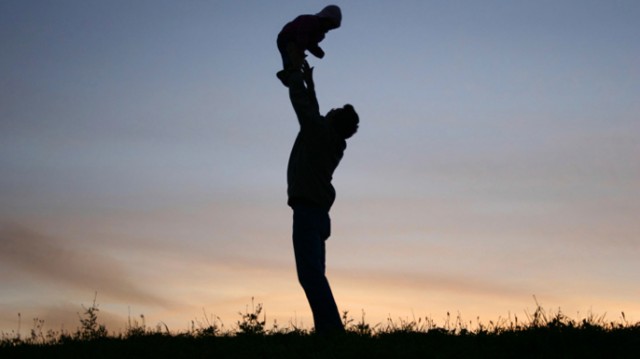 Holy Expletive – I’m Having A Daughter

I live in Los Angeles, the epicenter of American pop culture and sexiness, as well as a lightning rod for conservative and prudish vitriol. That’s cool. The weather provides ample Vitamin D (unlike our 10+ overcast years in Seattle), and it’s so diverse that even the white people have accents. I did like it here…until I found out I was having a daughter. For months, we had achieved a quorum amongst our medical practitioners, indicating that we were having an XY progeny. The only fears for the future father of a male child are “What position is he going to play in baseball?” “When is too soon to teach him how to box?” “Is it possible for him to EGOT?” Simple. But, a follow-up visit to the perinatologist (that’s what you get when your doctors are in Beverly Hills) confirmed that our XY had been an XX all along.

The idea of raising a daughter in Los Angeles filled me with so much fear, panic, shock, apprehension, and again, fear, that my initial reaction was to put my head between my legs, hyperventilate, and cry, “Are you sure that’s not a penis? I don’t even care if it’s small. Please, I beg you, take another look.” The tech and the doc both confirmed that yes, you are going to have a daughter and there’s nothing you can do about it. Holy %&#@ I’m having a daughter. This response is not a result of being some walking testosterone factory or the need to perpetuate my last name, but directly tied to the wonderful platonic relationships I have with women. I see what they’re up against. When reproductive rights are in jeopardy while media, advertising, and pop culture, and Photoshop perpetuate unrealistic body images, I can’t help but worry about my daughter. This war on women is making me lose sleep.

As an adolescent and a young man, my opinions about women had been shaped by the time. An undercurrent of misogyny ran through the culture to the extent that female actors, musicians, politicians, writers, athletes, and scientists were never considered equal to their male counterparts and it was ok for men to say so without reproach. In my case, two very dynamic female housemates and a highly accomplished girlfriend taught me that the world of men still harbored a conscious disdain for womankind and a need to undermine and control it. Women’s suffrage seemed tenuous. These days, thankfully, some of the male-iverse has evolved enough to see that our female counterparts are substantially better at everything, housed in a complex anatomy that changes drastically over a lifetime. We just get fatter, balder, and more impotent. My wife can do five things at once, while I struggle to not get toothpaste on my shirt while brushing my teeth.

The religious right, the apathetic left, Congress, insurance companies, all seem to be colluding to strip women of their reproductive rights and not cover birth control pills (they’d cover my dad’s patients’ Viagra prescriptions, though). We know that some Republicans think the female body is so finely attuned that it can prevent a rape baby from happening, but the female brain is not developed enough to think for itself when it comes to controlling its own reproductive system ante-conception. The right will demonize The Sandra Flukes of the world, while left celebrates her. (I’m super pro Fluke, btw.) Although President Obama is doing his best by supporting the Lilly Ledbetter Fair Pay Act and its accompanying Paycheck Fairness Act, gender pricing still afflicts women. They pay more for haircuts, dry cleaning, and health insurance (being a woman is a pre-existing condition), but make 25% less, on average. None of it seems fair and as a generation of guys who truly respect women comes up, we’re going to have to support our daughters (and partners) while resisting the paternalistic urge to fight their battles for them.

Yes, it is my fault that we moved to Los Angeles to pursue an entertainment career, but I struggle with the choice because now it has a more systemic consequence. She’s only the size of an eggplant, but I worry that kids will tease her for being biracial or for having a family that doesn’t live extravagantly. Will she be pressured to acquire size zero designer label clothes? Will she be a child actor? Will she be a mean girl? I’ve had the displeasure of meeting an LA-reared young’un who referred to her parents’ celebrity friend by first name and when prodded further, squinted and in biting countenance explained that so-and-so is “The” so-and-so. I’ve been on the receiving end of bullying-lite by young girls because of my name, their parents finding the teasing adorable, rather than being mortified by their child’s lack of empathy and/or cultural awareness. Do we have to send her to private school since LAUSD sucks (61.6% of LAUSD’s Class of 2011 received their diplomas, while the dropout rate was 20.6%)? So now we’re on the hook for almost $600k for a great pre-k through 12 education. We can’t all just up and move to Santa Monica or Beverly Hills. So what does all this really mean? I’m scared my daughter is going to destroy someone’s self esteem, that she won’t be a citizen of humanity, but a consumer of products who levies cruelty on those who lack.

As I ping, prod, beg for advice, and inquire with those who have daughters, they all say the same thing…she’s going to be raised by you and your wife, so she won’t be a jerk, she’ll know hard work, empathy, inclusion, and the value of intelligence. (They don’t all talk like that, but I’m paraphrasing/lying.) Most studies tie the happiness and success of women to the quality of their relationship with their dad. My mission is to show her that she can trust me, come to me with anything, and she will always be loved unconditionally, supported, encouraged, and safe. I know many women (and men) who never had this and paid a price via their relationships, their self-esteem, and their health. We do our best and it doesn’t matter if you live in Los Angeles or Omaha, the issues are the same.

So, my initial quandaries for a boy have been transferred to the girl. “What position is she going to play in baseball?” or “When is too soon to teach her how to box?” “Is it possible for her to EGOT?” We live in a world where all these can happen, so there’s hope yet. Although, my wife told me that girls don’t use physical intimidation to solve problems, they’re far more calculating and emotional with their warfare. But, I have 12 years to worry about that, right?